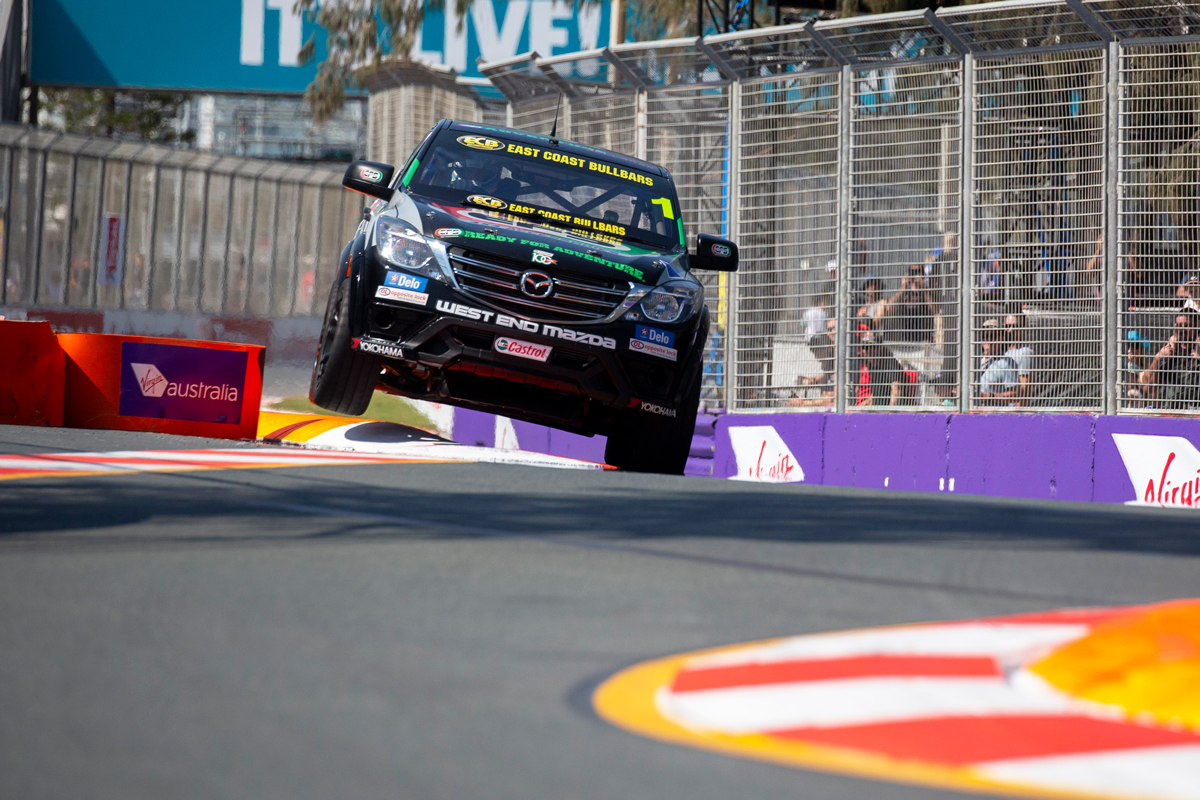 Defending champion Ryal Harris set the pace in Friday practice for the penultimate round of the ECB SuperUtes Series at the Vodafone Gold Coast 600.

Bouncing back after a horror run last time out at Mount Panorama, Harris topped the timesheets in Practice 2 with a 1:30.7634s.

The 34-year-old set the early pace in the second leg of practice, then punched in his best lap on a back-to-back flyer, before returning to the pits with 13 minutes to go.

From there, Harris remained in pitlane, confident that his 1:30.7634s lap would remain untouched, which was the case.

“The Ute was really dialled in straight away, so there was no point doing any more laps than necessary,” he said.

“The biggest thing to get used to was the different gear change points. With the new tyres, we’re carrying a lot more speed than before, so we’re pulling gears earlier.”

The Gold Coaster admitted pre-event that he'll need a "miracle" to win back-to-back titles after an engine failure at Bathurst cost him a mountain of points.

Series leader Tom Alexander was his closest challenger in Friday practice, but the Caltex Delo Isuzu D-MAX driver had to settle for second, ahead of Team Triton's Cameron Crick (below). 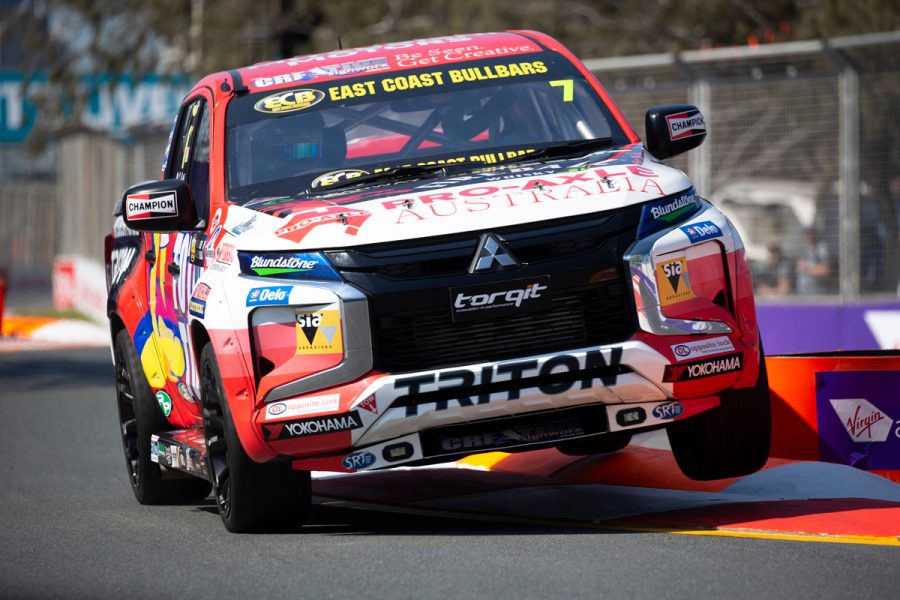 “I was struggling with brakes early, especially in the first session. The second session was better, but we have some work to do to get up to Ryal’s pace," Alexander said.

Crick, who is second in the series standings, was the only driver within the field to have set his quickest time of the day in the opening session.

Late in the second session, Walsh got loose at the Turn 6-10 set of chicanes and was lightly tagged by Christopher Formosa, who had nowhere to go in the Allgate Ford Ranger.

“When I saw Ben spinning, I thought I would run straight through the chicane, but he rolled backwards and clipped me. Fortunately it was only light contact so there wasn’t much damage," Formosa said.

Two-time Dakar Rally winner Toby Price, who returns to the series with Team Triton, finished the day sixth, ahead of Formosa and Harris' teammate Benjamin Falk.

Father-and-son duo Jaiden Maggs in a third Team Triton Mitsubishi and Gerard Maggs in one of four Toyotas, took ninth and 10th respectively.

The on-track action continues Saturday morning with ARMOR ALL Qualifying at 9:05am local time.