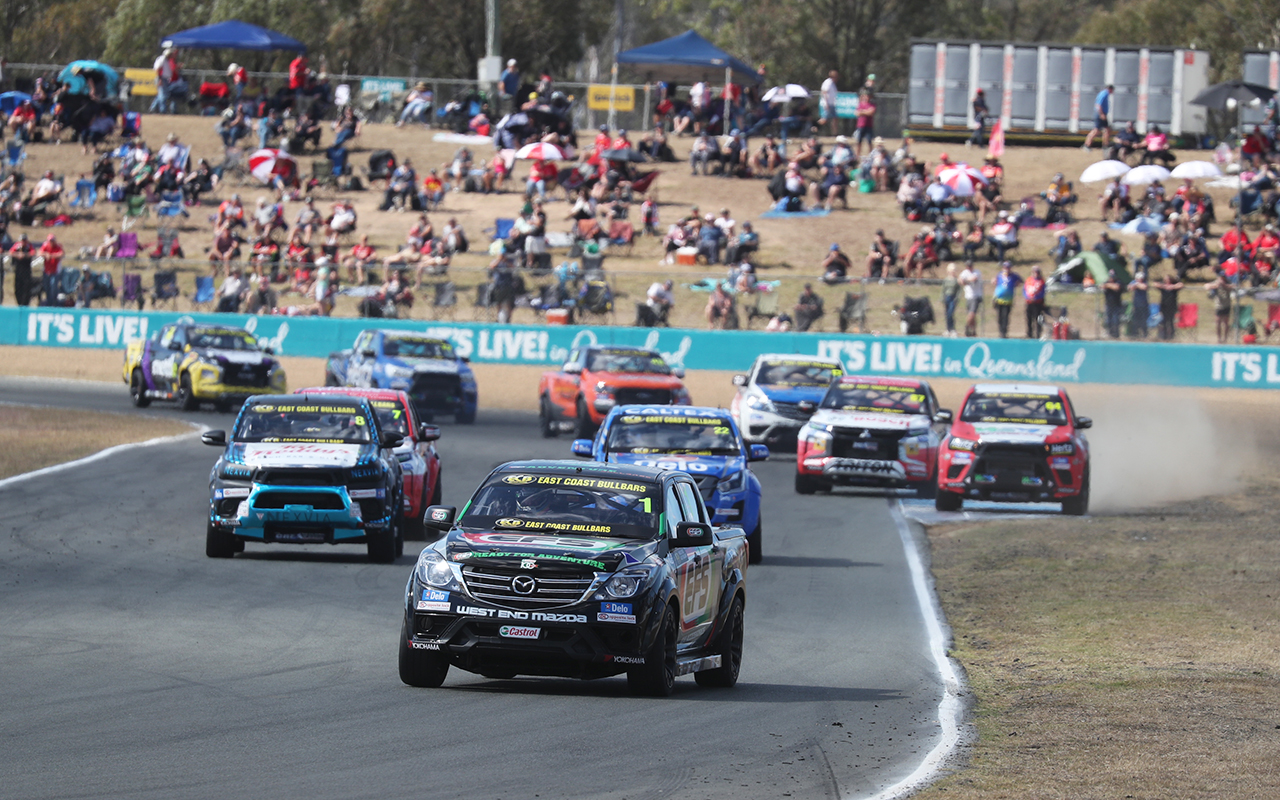 With the win, Harris closes the gap to 39 points behind series leader Tom Alexander, with two races left for the fifth round.

From the rolling start, Harris led the opening lap, with Walsh slotting past second and third place starters Crick and Alexander.

The top three remained the same, until Walsh put a move on Harris at Turn 3 on the ninth lap and made it stick at the following turn.

Walsh led for half-a-lap, until Harris returned the favour at Turn 6 and moved back into the lead, ahead of the Fat Freddy's Toyota Hilux.

Harris held onto the lead for the remainder, with Walsh a close second, ahead of the Mitsubishi of Crick.

Alexander finished the opening race fourth aboard the Caltex Isuzu D-MAX, while Craig Woods was fifth, having started from seventh.

Dakar Rally winner Toby Price finished sixth, one place down from where he started, ahead of Toyota driver Ben Falk in seventh.

Craig Thompson, Jeff Watters and Christopher Formosa were in a three-way battle throughout the entire race, with Thompson ahead of the pack by the end.

Charlotte Poynting, who returns to the series in Team Triton's third factory-backed Mitsubishi, finished at the foot of the order after an early spin.

The on-track action resumes with Race 2 at 8:20am on Sunday, followed by the third and final race at 3:55pm local time.