Harris was an innocent bystander in the Winton finale, as contact between Craig Woods and a spinning Gerard Maggs rolled the former's Toyota at Turn 2.

Maggs' Hilux then veered back towards the inside line, into the path of Harris' Mazda, resulting in a heavy collision. 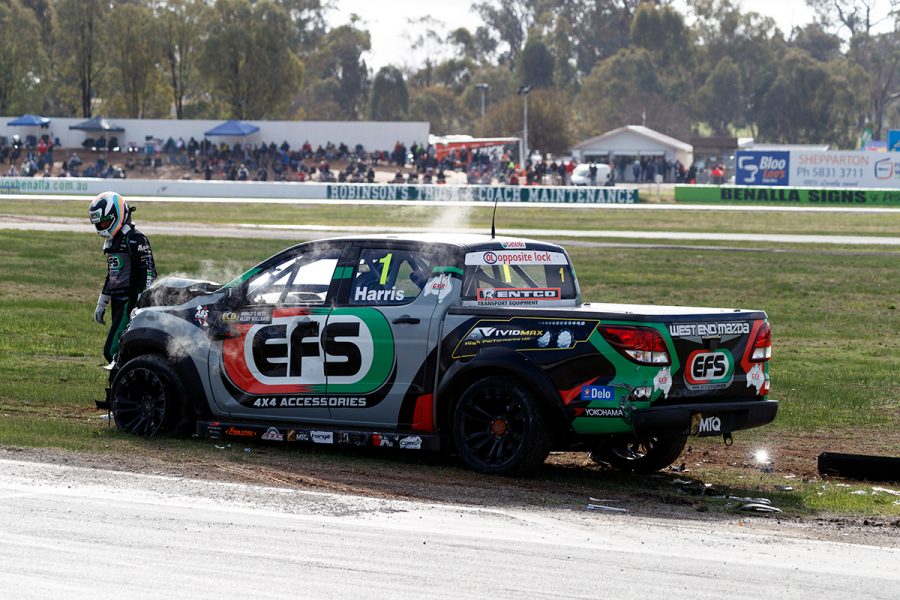 Since returning to Peters Motorsport's Queensland base, the BT-50 has spent time at a local panel beater and is now being prepped for the Watpac Townsville 400 on July 5-7.

"When we got the thing pulled apart, there was actually a lot of damage," Peters Motorsport boss, Brett Peters told Supercars.com.

"It has since had a big birthday and it's back in the workshop, ready to go back together."

Asked of the extent of the damage, Peters added: "It is one of those ones, it broke the tub off and the whole front-end was just absolutely destroyed, it was crazy.

"I'll tell you what, I think there's basically one door and the roof that's still good, that's basically all that hasn't been changed.

"It was big enough that it actually broke a rear-mount on the gearbox, obviously all that energy went back through the car.

"The engine itself was ready for a birthday, so it's over at Craig Haysted's workshop having a freshen up.

"We've had to send shock absorbers away because they were bent, all the suspension arms. It was a pretty comprehensive crash, that's for sure." 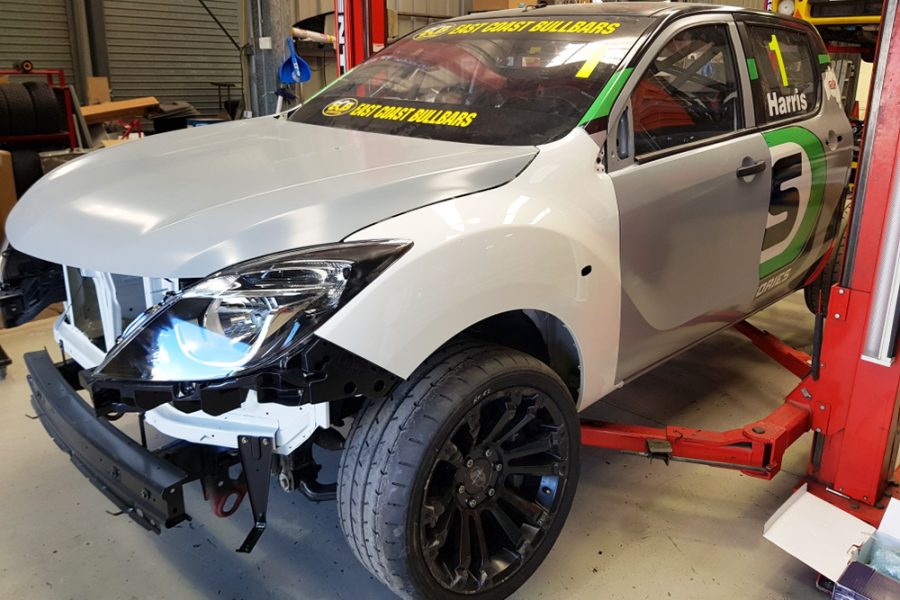 Harris finished the Winton opener third, after a tangle with title rival Tom Alexander and Toby Price, and won the second leg before the Race 3 incident.

With five rounds remaining, he sits second in the standings and 70 points behind Alexander, having started the weekend 12 adrift.

"It certainly hurt the championship points a bit," Peters said of Winton.

"At the end of the day everyone has their ups and downs in motor racing, we've just got to fix it and charge on."