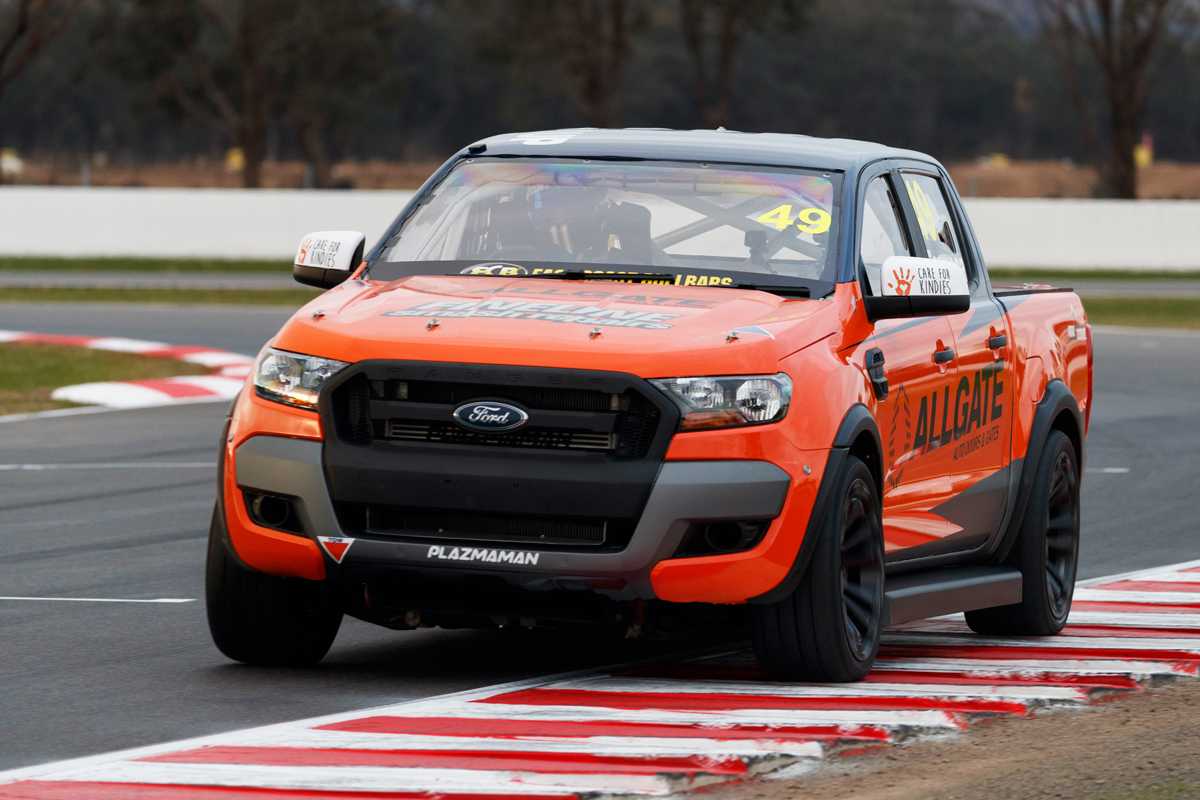 Christopher Formosa hopes dyno testing of his Ford Ranger’s engine ahead of the Century Batteries Ipswich SuperSprint will provide key answers amid a difficult season.

Formosa's year got off to a rough start; his Ford Ranger rolling in dramatic fashion on the opening lap in Adelaide, ending his weekend.

The 24-year-old contested the second round in Perth aboard the squad’s spare Ford, while the crashed Ranger was being repaired.

He then reunited with the rebuilt dual-cab Ute for the following Winton round, but has struggled since, which he feels is due to a down-on-power engine.

"Since Winton, that's when I noticed something wasn't right," Formosa told Supercars.com.

"In the practice sessions I thought maybe I'm just rusty, but throughout the weekend in the races, I'd be coming up to a straight and they'd pass me like I'm standing still.

"I thought maybe I'm not entering the corners right and I was doing my best, but just wasn't getting the right times.

"They've been trying to get to the bottom of it, going through the data and it’s saying it's pulling at the same boost levels, but I'm not hitting the same speeds.

"Even at Townsville, last year I was quite strong and one of the fastest cars, but this year I was barley keeping up.”

The Sydney driver's best result this season is a fifth in Perth, and his best in the rebuilt Ford Ranger is a sixth place finish last time out in Townsville.

Ranger Racing has made the decision to send the Ford to category engine builder Craig Hasted, which will determine whether the issue is with the engine or elsewhere in the rebuilt car.

"Hopefully when they put the motor on the dyno and go over it they find something and fix it," said Formosa.

"We've gotten to the point where I said 'it's going to cost a bit of money to pull the motor out, but there's no point going out there if we're not going to be able to keep up.”

Depending on the outcome of the testing, Formosa may drive the squad’s spare Ford at the July 26-28 Century Batteries Ipswich SuperSprint event.

Christopher Formosa  ›
Allgate Auto Doors ›
Stay In The Know
Sign up to the Repco Supercars Championship Newsletter
We use cookies to ensure that we give you the best experience on our website. If you continue to use this site we will assume that you are happy with it.Ok