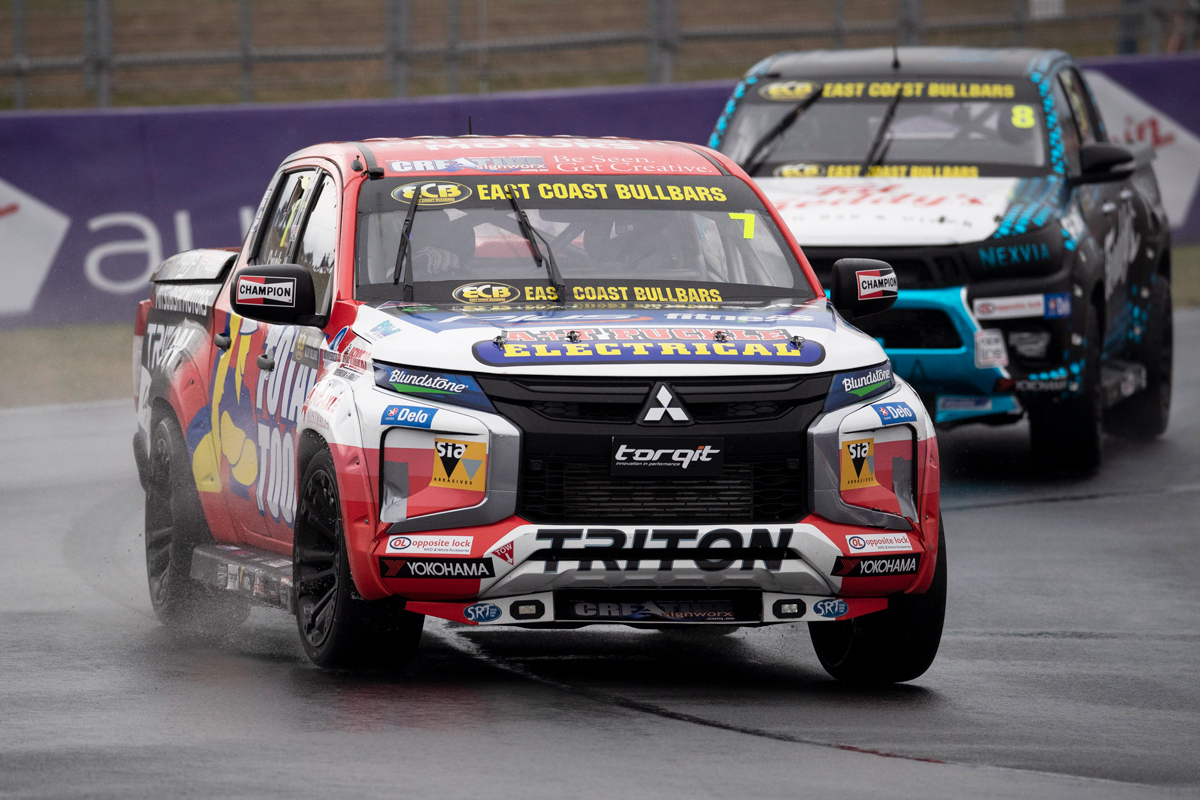 Crick finished the five-lap affair – shortened by one lap due to wet conditions – 2.6976 seconds clear of the Fat Freddy's Toyota Hilux.

It marks a fourth win in 2019 for the Mitsubishi driver, who started from pole, and moves Crick within 12 points of series leader Ryal Harris, with two races remaining this weekend.

From the rolling start, Crick led for the majority of the opening lap until he ran wide at The Chase and gifted Walsh the advantage.

Walsh held onto the spot for the bulk of the race, until Crick made a move exiting The Chase on the penultimate lap.

He would not look back, with him and Walsh joined on the podium by third-placed Nathan Pretty in the ACDelco #18 Holden.

“The conditions were horrendous, especially once the oil went down, and it was hard to predict how much grip there was – I went off in the Chase on the first lap, and Ben (Walsh) got past," Crick said. 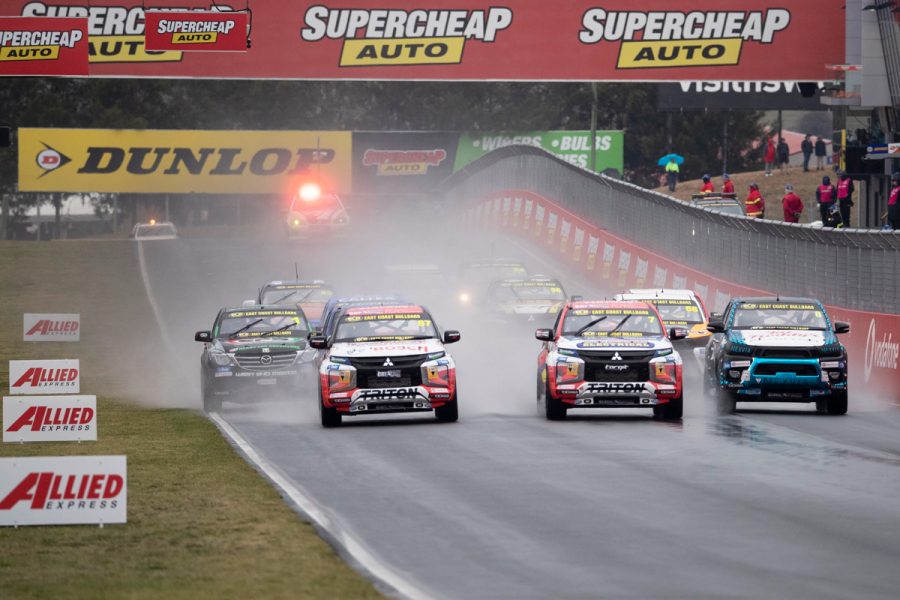 “Ben was quick over the top, but I was able to stay with him and got ahead when he made a mistake in The Chase.”

Harris, who won all three Bathurst races in 2018, finished fourth, earning him the series lead after coming into the weekend equal on points with Tom Alexander.

Debutant Josh Anderson ran third earlier in the race and ultimately finished fifth, ahead of Alexander, who is now four points adrift of Harris in the standings.

There was trouble for Crick’s teammate Elliot Barbour, who started on the front-row before slowing and eventually retiring with a cracked manifold.

Ben Falk and Matthew Spratt did not take part in the race; a blown engine for the former and a stricken Ute for the latter.

Race 2 will take place Saturday morning at 8:35am local time, before the third and final race at 1:25pm.