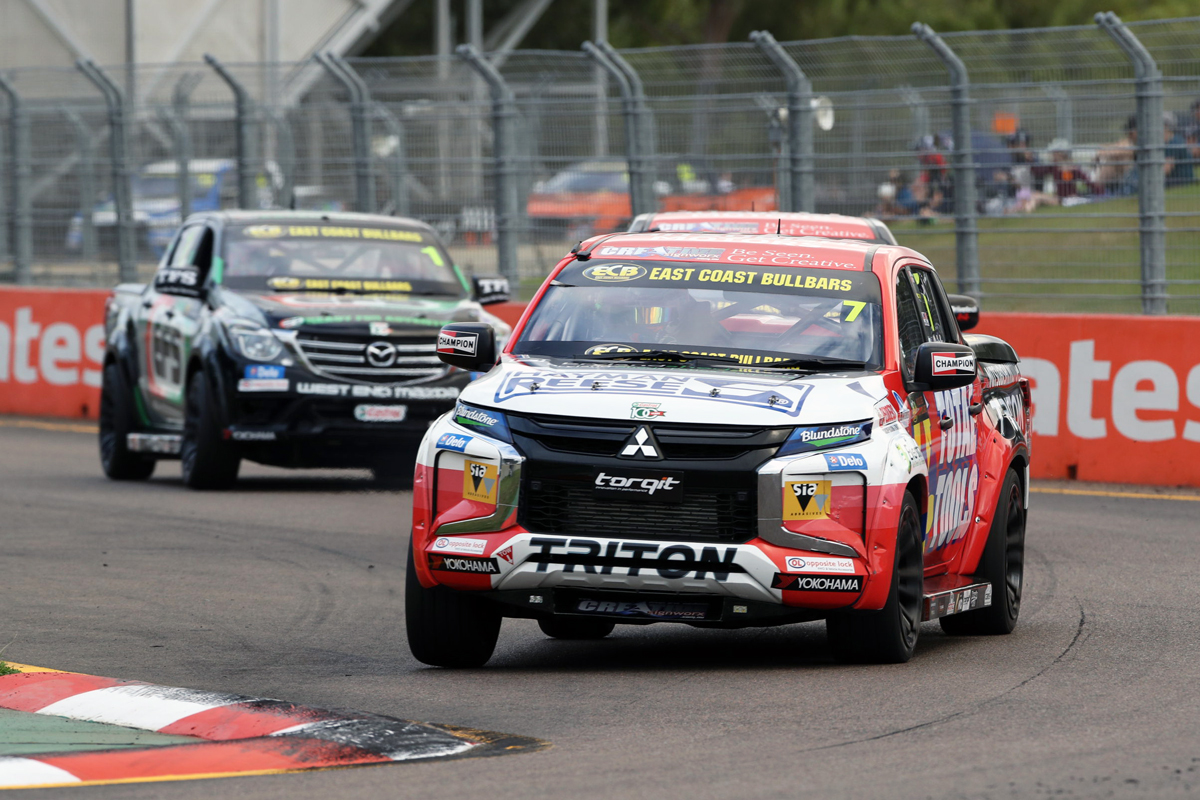 Polesitter Crick controlled proceedings in his factory-backed Mitsubishi Triton, leading Race 1 of the weekend from start to finish.

He ultimately finished the 11 laps 5.8778 seconds ahead of his Team Triton team-mate Toby Price.

It marks a second win for the Mitsubishi driver, having claimed a maiden victory in the opening race last time out at Winton.

"It was quite close early because I made a few mistakes, which allowed the others to stay with me," Crick said.

"After a few laps I was able to get into a rhythm, because the guys behind were dicing."

Defending champion Ryal Harris rounded out the podium, pressuring Price throughout in his EFS 4x4 Mazda, but unable to find a way past the Mitsubishi.

"Ryal and Tom [Alexander] were on the pace, and it was a good hard race," Price said.

"Cam drove really well and was able to pull away from us, but it’s a great result for the team to score a 1-2."

Harris added: "I felt my Ute was stronger through the corners than Toby, but I didn’t quite have the straight-line speed to get close enough to set up a move into any of the main overtaking areas."

Series leader Tom Alexander was fourth aboard the Isuzu D-MAX, and just 0.2224s behind Harris at the finish line.

With the results, Alexander continues to lead the championship, 66 points ahead of Harris and 76 clear of Crick in third.

Toyota driver Ben Walsh was fifth and the only driver to have gained a place during the race, with the rest of the field finishing in the same position they started.

Walsh finished ahead of Woods, the pair switching places from where they started.

SuperUtes debutant Madison Dunston, who crashed at Turn 9 in Practice 1, got back on track after repairs to the Peters Motorsport Holden and finished ninth.

The on-track action continues Sunday morning with Race 2 at 8:30am local time, before the third and final race at 11:15am.