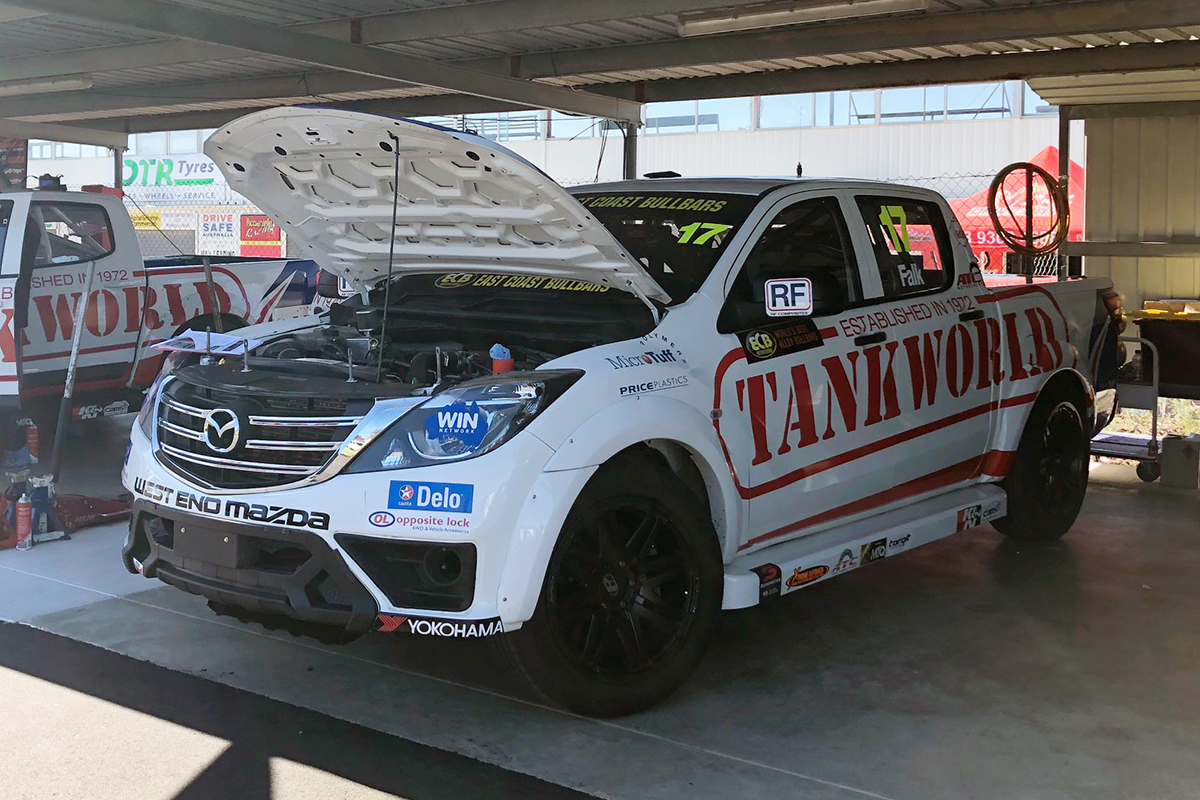 Benjamin Falk has switched from a Holden to a Mazda with Peters Motorsport in the ECB SuperUtes Series, from this weekend's second round at the PIRTEK Perth SuperNight.

The son of long-time Supertruck and production-car racer John Falk, Falk made his debut with Brett Peters' squad aboard the ex-Tom Alexander Holden Colorado in Adelaide.

He will now take over the Mazda BT-50 Adam Dodd drove at the opening round for the remainder of the season, alongside 2018 champion Ryal Harris

The Colorado has travelled to Perth with Peters Motorsport but the squad was not able to find a driver.

"Young Falk has jumped in the Mazda, so we're going to have two West End Mazdas in Perth," Peters told Supercars.com.

"He is pressing on with the Mazda, for the same reason that young Aaron [Cameron] enjoyed driving it last year.

"He has got the benchmark which is Ryal, we've got data to overlay and whilst he had a shocking Adelaide, at the end of the day they're the same cars.

"He'll be in something he can compare himself to Ryal and good on Adam for continuing to support the second Mazda [through his West End dealership]."

Both Mazdas were shaken down last week with Harris at the helm.

"We took the EFS car and what is now called the Tank World car out and we got Ryal to drive both of them so we're 100 percent happy with both of them," Peters said.

"But all they wanted to know is that the car had been shaken down, tested, driven by Ryal and they're happy for him to jump in it."

Falk's SuperUtes debut came to an abrupt end in Adelaide, when he was caught up in the Christopher Formosa's first-lap rollover in Race 1.

With nowhere to go, Falk clouted the upside-down Ford Ranger, which ruled him out of rest of the weekend.

Peters said the Colorado has "had a big birthday", and is set to return to action later in the season.

The first phase of two-part technical upgrades are being introduced this weekend.