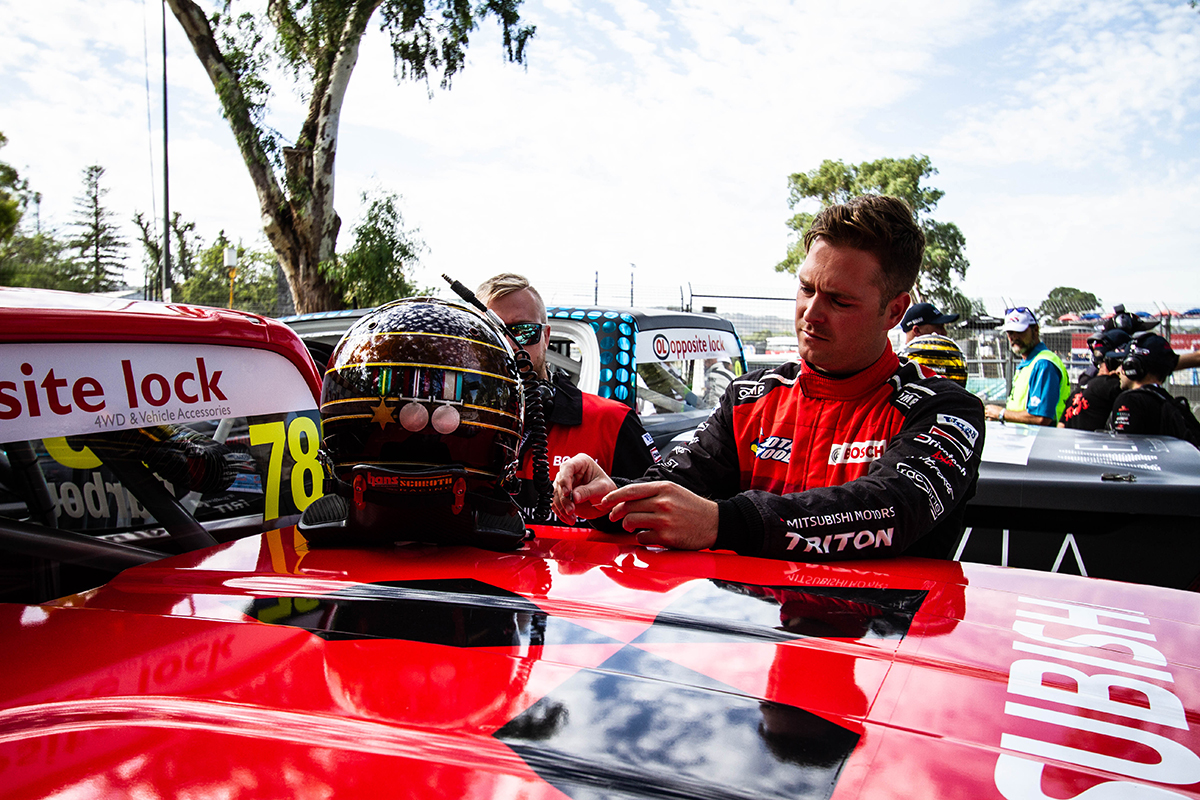 Team Triton's Elliot Barbour says he had to look at the bigger picture of an ECB SuperUtes Series title challenge in 2019's first round in Adelaide.

After contesting the Townsville and Sandown events in 2018, Barbour is one of two full-time Mitsubishi drivers this year, along with Cameron Crick.

He is the recipient of an all-new Triton built by Sieders Racing Team, while the third entry will be shared by the likes of Craig Dontas and Toby Price.

Barbour stepped into his 2019 chassis for the first time in Adelaide practice, his previous SuperUtes laps coming at Sandown last September.

He qualified third and finished the shortened, reverse-grid opener in eighth, before taking third in Races 2 and 3.

Summing his Adelaide up as "not a great weekend" but also "encouraging" with more pace to come from the package, Barbour joined Ryal Harris and Tom Alexander on the podium.

"It is very early days to be thinking about the championship, but my role with Mitsubishi is to try and get results," Barbour told Supercars.com.

"That's why I'm in their car for the year and the end goal for us is a championship.

"Pretty early in the weekend I knew we didn't have the pace, so for me it was just consolidating as many points and to do the best job we could with what we had at the time.

"We managed to finish third which was good, I feel like we had to be smart and I knew pretty early that I wasn't going to be able to battle for pole or battle for wins.

"I was just doing the best I could to make sure we brought home a good amount of points.

"It was a reasonable start, but I feel like once we get some of our speed unlocked again, we'll be fine I think.

"We should be up there regularly and hopefully winning races, that's the plan." 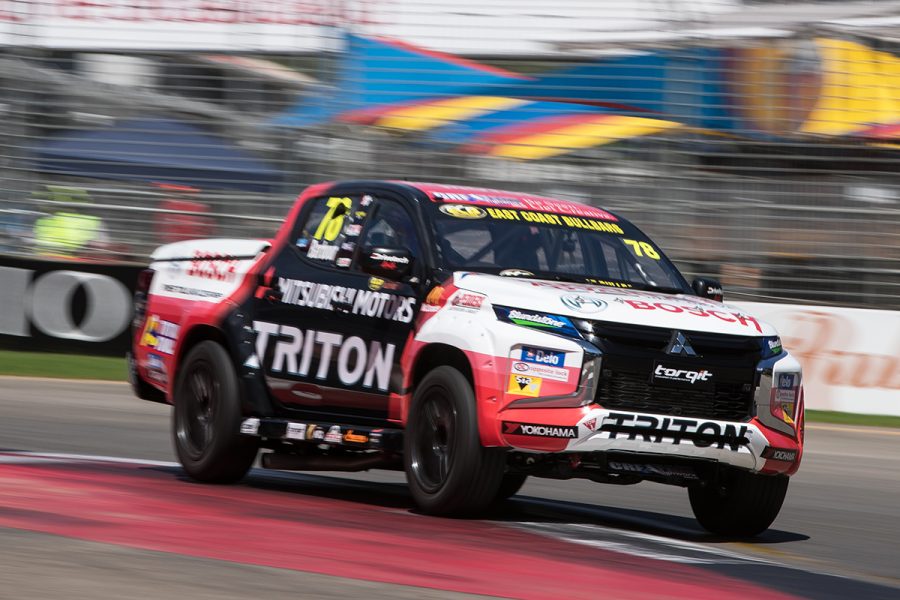 Having just gone nearly six months without driving a SuperUte, he's keen to ensure there's not a two-month break before he's back in again at the PIRTEK Perth SuperNight on May 2-4.

"There are a couple of question marks for Perth, I personally want to do a test day, because I still haven't tested," Barbour explained.

"That feeling of being comfortable with the car on the limit, I need to get that sorted and I'm sure we will if I do a test day and then I'll be comfortable going into Perth and have a good crack.

"Regardless of the situation, I'll always be having a crack, all I can do is go out there, get up on the wheel and try and hustle the thing around as fast as I can."