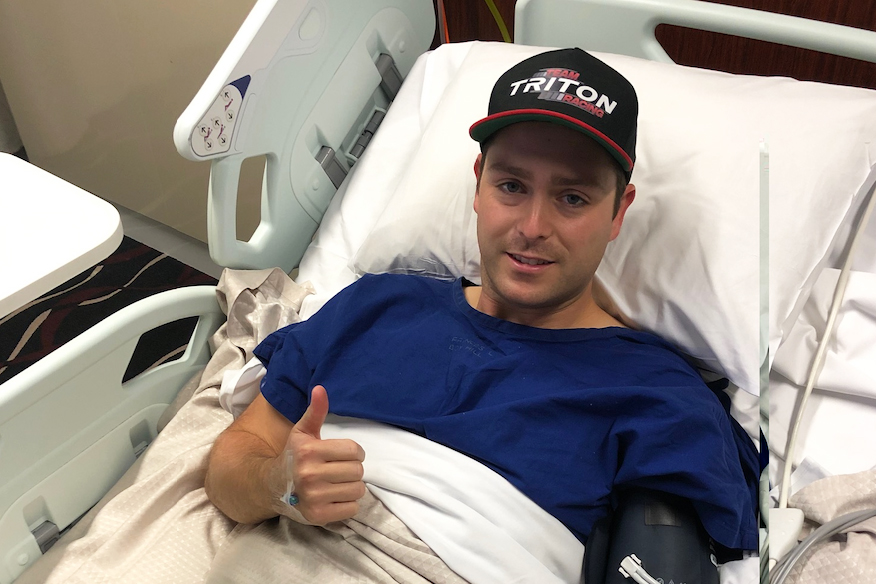 A fractured ankle that required surgery means Team Triton's Elliot Barbour will not contest the third round of the ECB SuperUtes Series at the Truck Assist Winton SuperSprint.

The 28-year-old fractured his right talus in a water-skiing accident one week before Round 2 at the PIRTEK Perth SuperNight.

He raced through the weekend, despite sporting a sizeable limp, finishing in the top three in all three races to leave second in the points.

However the extent of the damage became evident post-event, and Barbour underwent surgery led by Dr Andre Oppy at The Royal Melbourne Hospital on May 8.

It means the Victorian will miss the Winton round later this month, with his title bid on pause until he returns for Round 4 at the Watpac Townsville 400.

"I think I've been pretty lucky, I had a really good surgeon and I haven't really had any pain [since the operation]," Barbour told Supercars.com.

"I don't really know the extent of the damage until I start my rehab and get the cast off.

"The surgeon that I had does a lot of the AFL football players and he said the timeframe I gave him to be back in the car is definitely possible.

"I'm looking forward to the cast coming off so I can get stuck into the rehab and just put all my energy into that over the next six to eight weeks.

"I drove the Ute fine in Perth with a broken ankle, so I'm sure I'll be able to drive it fine in Townsville with a screwed-together ankle, but we'll wait and see." 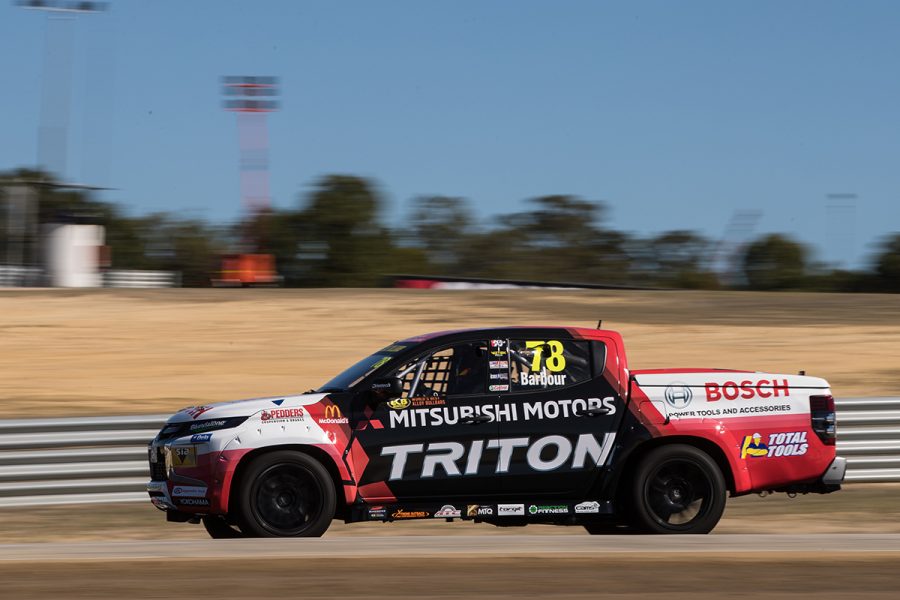 Barbour's cast is set to be removed on May 22, with a view to returning to competition in Townsville – where he made his SuperUtes debut in 2018 – on July 5-7.

Toby Price will return to the series at Winton in Barbour's regular Mitsubishi, while the squad is on the lookout for a third driver alongside Cameron Crick.

Currently eight points behind Tom Alexander in the standings, Barbour does not believe missing a round draws a line through his hopes of challenging for the crown.

"With the backing of Mitsubishi, we aimed to win the championship," he said.

"Obviously it's very disappointing for myself but also for those guys who put me in a position to go and fight for the championship.

"Now I've injured myself, which has put a bit of a dint, so from that point of view it’s super disappointing, but there's still a lot of racing to do.

"It's obviously very hard now to win it, but I'm not giving up yet.

"I'll be back in the car in Townsville and I'm just going to go and try do as good as I can and see what happens."