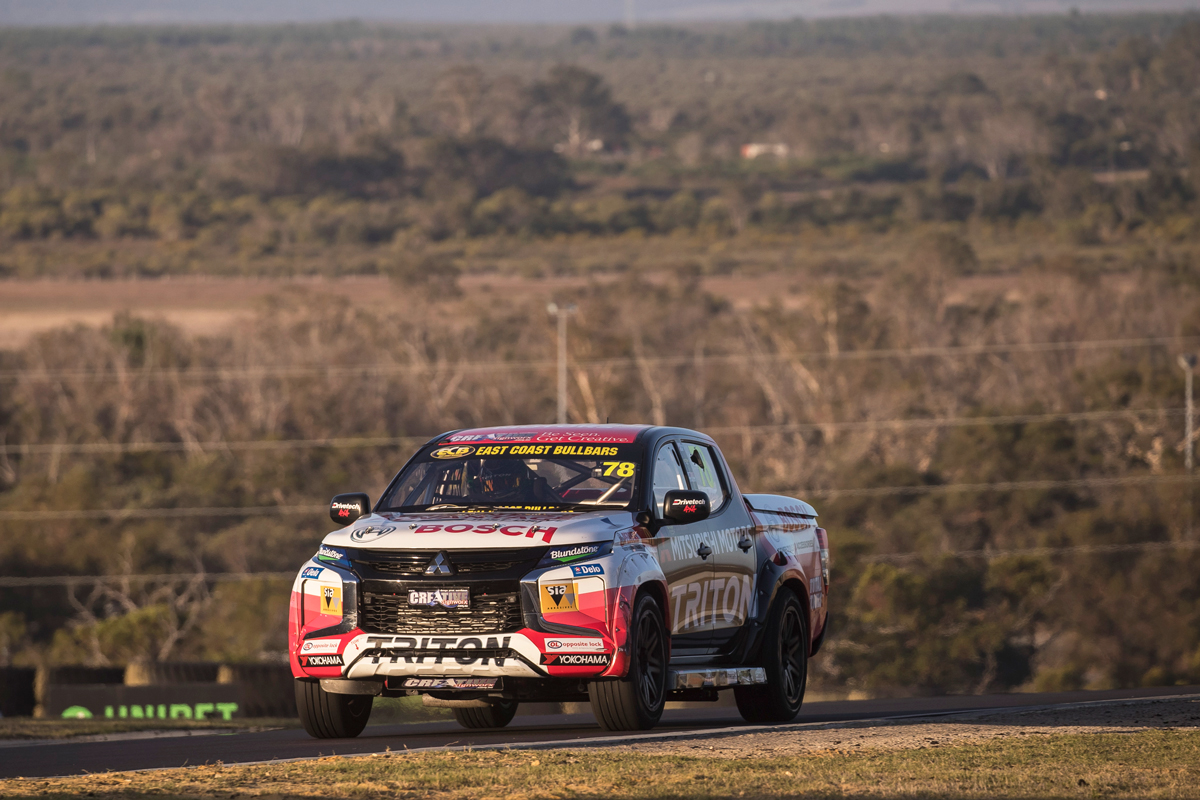 The Mitsubishi driver fractured the talus in his right ankle in a water-skiing accident a week before the second round at Perth.

Barbour raced through pain at Barbagallo (pictured below on the podium), from where he walked away second in the championship standings.

However, the extent of his ankle damage became evident post-event and he was forced to undergo surgery, with CAMS suspending his licence in the meantime due to the injury.

After missing the last three rounds, the 28-year-old has been medically cleared to race again and has had his CAMS licence reinstated, in time for the sixth round on October 10-13.

Barbour returned to the cockpit of the Mitsubishi last week at Queensland Raceway in a half-day test, and felt he slotted in well, despite still carrying a limp.

"I was pumped to get back in the car and I wasn't nervous," Barbour told Supercars.com.

"I was eager to see how I would go, just from my ankle point of view and everything like that, and the ankle was fine in the car, which was good.

"I still have a little bit of a limp when I'm walking, the bone I broke, it was the joint that's deep down between your foot, so it's actually quite a long recovery until it's perfect.

"In the car, for whatever reason, the position that I sit in the car is when it's feeling at its best, so brake pressure and stuff like that was good.

"To be honest, it couldn't have taken any longer than what it did [but] as soon as I got some temp in the brakes and tyres I was straight into it. 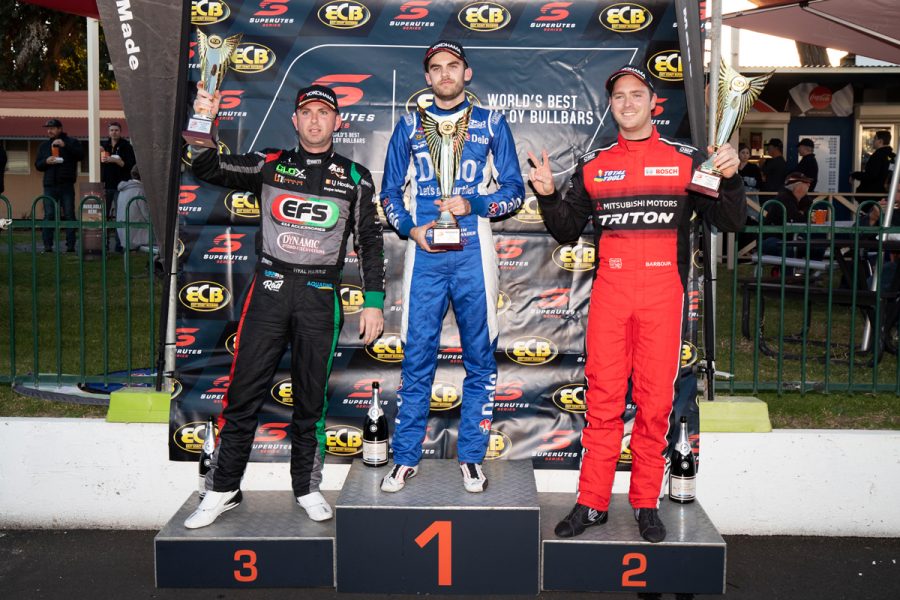 "Sitting on the couch for four months, doubt and things like that start to cross your mind, but it was like I had never left, I was straight back in on the first flyer."

Eager to get back behind the wheel of the Triton, Barbour said he had to push CAMS to reinstate his licence as early as they did.

"If it was up to me, I wasn't even going to have the surgery, I was going to continue on, but unfortunately the injury that I had wasn't just something that I could let go," Barbour said.

"I shouldn't have raced at Perth, if I'm to be honest, all the doctors said 'you shouldn't even be going', but I did because I wanted to keep the championship alive and I had responsibilities to sponsors.

"As soon as I got home, the doctor basically just said to me 'if you don't fix it tomorrow, you'll be fairly average for the rest of your life', as far as limping and stuff like that goes.

"I didn't have a choice: CAMS suspended my licence once they saw the press release, saying that I had a broken bone.

"From that point of view, I had to push CAMS to even give me my licence back as early as they have and that was only because the doctors gave me the all clear.

"If it was up to me, I would have raced the whole time, but I'm still actually back earlier than what I should be, it's only because I had a really good rehab.”

Under the Team Triton banner at Bathurst, Cameron Crick continues in his regular role, with former V8 Utes driver Graham Edwards a new addition to the Mitsubishi squad.