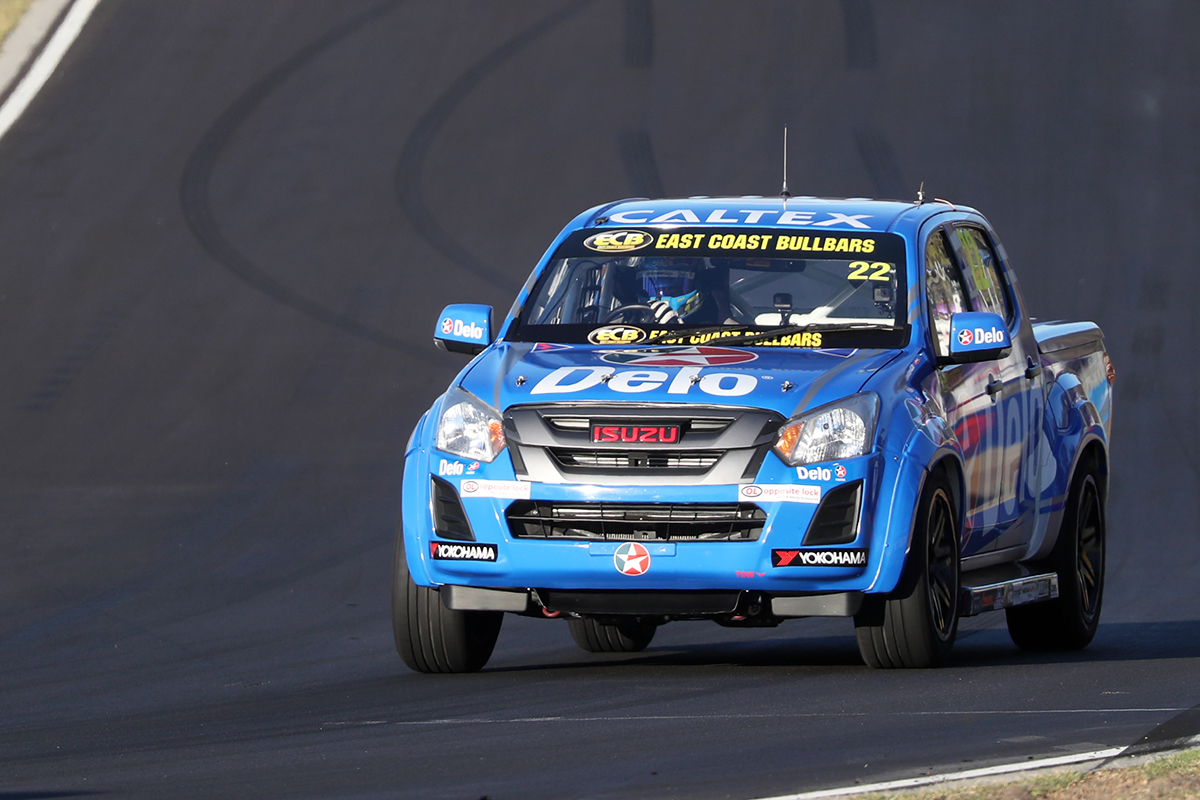 Ross Stone Racing's Tom Alexander set the pace in Thursday practice for Round 2 of the ECB SuperUtes Series at the PIRTEK Perth SuperNight.

Behind the wheel of the Caltex-backed Isuzu D-MAX, Alexander topped the timesheets in Practice 2 with a 1:11.6031s.

The 24-year-old, who was third fastest in Thursday's opening session, went to the top with just under four minutes of the day's 50 of running remaining.

Elliot Barbour was second in both sessions, having led the bulk of Practice 2 with a time set on his first flyer, before he was pipped by Alexander.

Series leader Ryal Harris was third for the day, having finished the opening session at the top.

There was late drama for Harris, though, making contact with a slowing Christopher Formosa at the exit of Turn 7.

Formosa, who finished eighth overall on the combined times, was stuck in neutral at the time of the incident.

Craig Woods finished seventh in another Toyota, ahead of Cameron Crick who did not contest the second session, with his best lap set in Practice 1.

Ben Falk, who switches from the Colorado he drove in Adelaide to the Peters Motorsport-run Mazda, rounded out the top 10.

ARMOR ALL Qualifying will take place at 1:30pm local time on Friday, followed by Race 1 that afternoon.