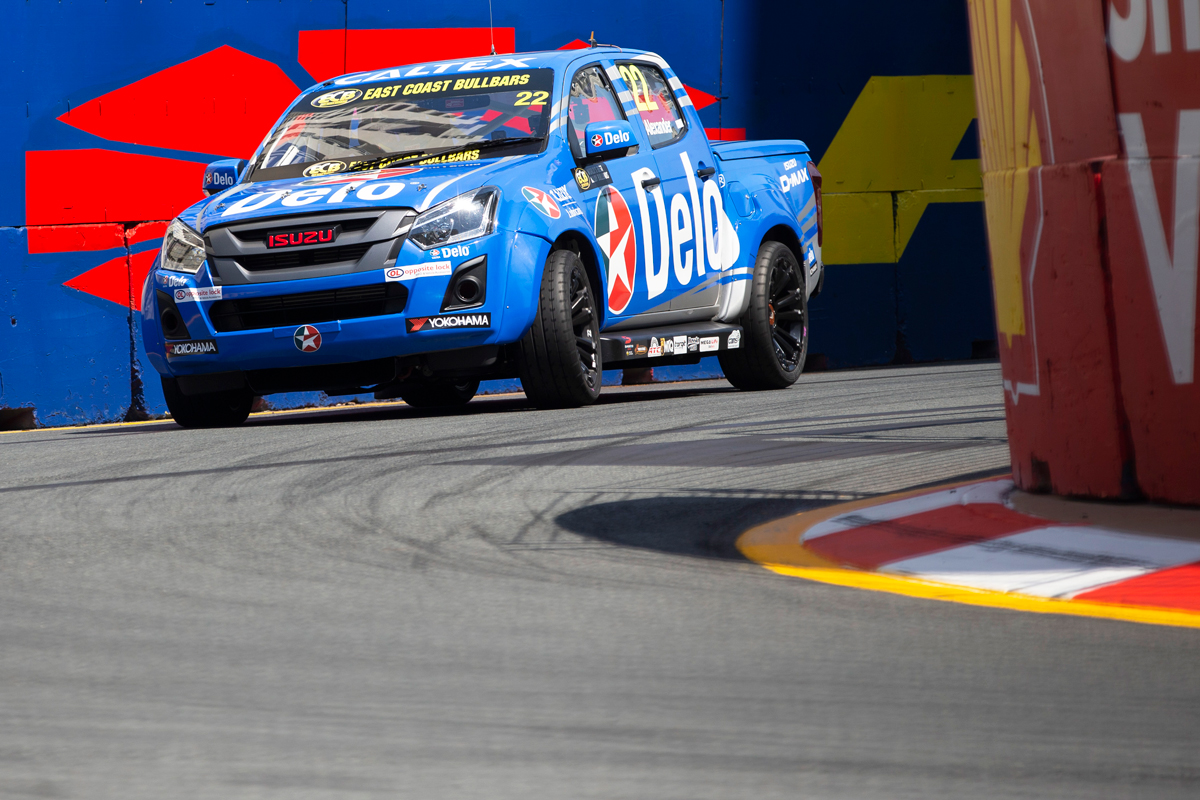 The series leader put in a 1:30.7173s lap with just over a minute remaining in his Caltex Delo Isuzu D-MAX.

That was good enough for top spot, leading defending champion Ryal Harris by just 0.0231 seconds and Ben Walsh by 0.7501s.

Alexander's pole time is 2.9190 seconds quicker than the 2018 qualifying benchmark at the Surfers Paradise street circuit; a 1:33.6363 set by Harris.

It also marks a first pole for Alexander since the Newcastle finale last season.

“On my second flying lap, the turbo hose clamp came off and I had no boost,” the 25-year-old said.

“I had to come into the pits, but the Ross Stone Racing boys did a really good job to get it fixed and get me back on track with five minutes to go.

“I managed to nail my final lap and I’m very happy to get my first pole of the season, especially with the five bonus points.”

As the session got underway, Alexander set the early pace with a 1:33.6007s, before trouble struck for Team Triton's Jaiden Maggs.

Maggs clouted the wall nose-first at the exit of Turn 11 with 17 minutes to go and was forced to limp back to the pits with significant damage.

The red flags were brought out as a result and racing resumed with 14 minutes left, with Harris (below) and Cameron Crick the only others to have set a competitive time before the shunt. 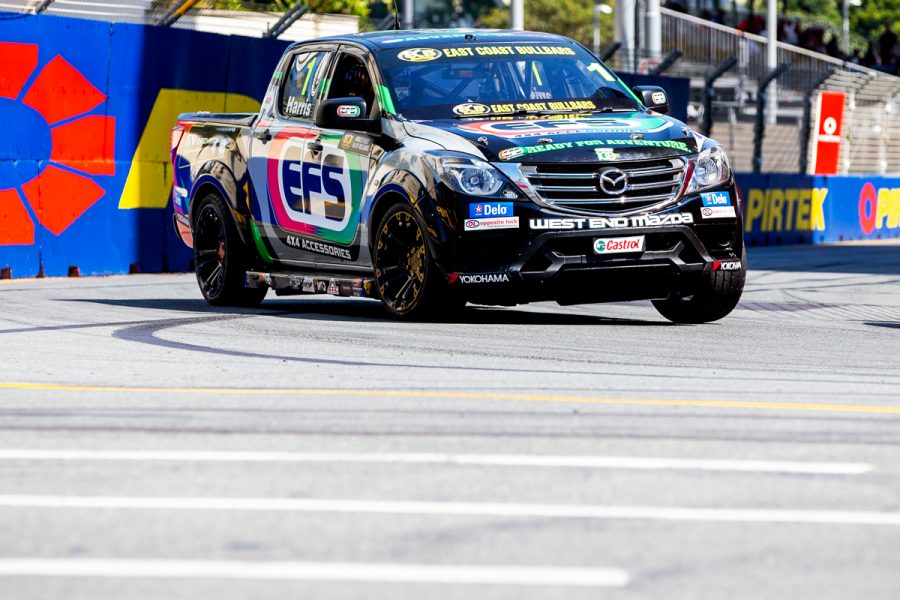 As he had done all weekend, Harris moved to the top with a 1:30.7404s and looked to be the likely victor, returning to the pits with six minutes to go, comfortable with his efforts.

That left the door open for the rest of the field, Alexander taking advantage with a late effort to secure pole position for the opening race this afternoon.

“I parked up early in the session because I thought I had a good buffer, but Tom was able to pull out a really quick lap right at the end, and I was back in the pits so I couldn’t respond,” Harris admitted.

Mitsubishi driver Crick will start the race from fourth, ahead of Western Sydney Motorsport's Craig Woods.

“I’m still learning the track and I need to get through the chicanes better, but I’m loving racing here on the Gold Coast - it’s a fantastic event,” Price said.

Ranger Racing's Christopher Formosa will start from eighth, ahead of Benjamin Falk and Jaiden Maggs.

The opening leg of Round 7 will take place at 5:35pm local time.