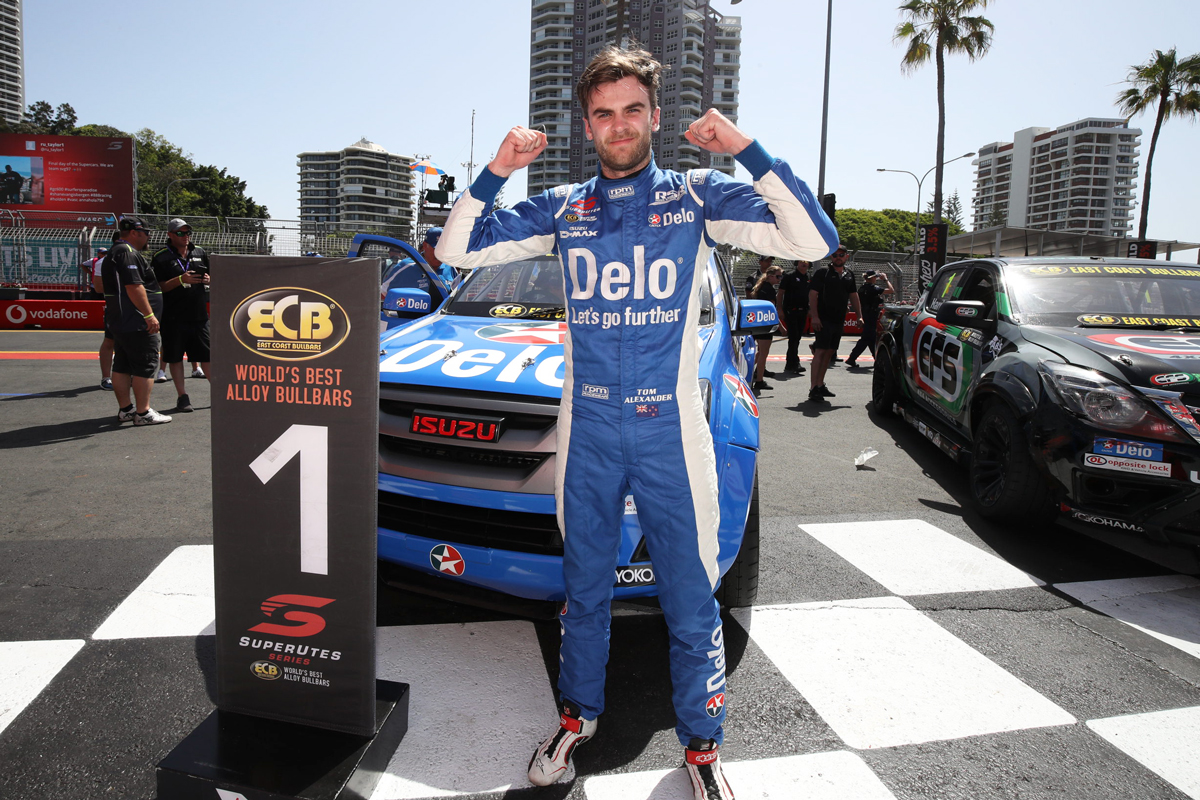 Ross Stone Racing’s Tom Alexander held off Ryal Harris to claim the overall spoils for the penultimate round of the 2019 ECB SuperUtes Series at the Vodafone Gold Coast 600.

The Isuzu D-MAX driver finished second and third in the opening two races, then completed his weekend with a victory, to secure the round honours.

He finished a mere 0.3864 seconds ahead of Harris, who fell down the order early after clobbering the Turn 11 tyres on the opening lap.

Harris recovered to finish second for the race and event, ahead of Ben Walsh in the Fat Freddy’s Toyota Hilux who took third in both the race and round.

With the weekend’s results, Alexander continues to lead the series, 60 points clear of second-placed Cameron Crick and a further 36 over Harris, who moves up to third. 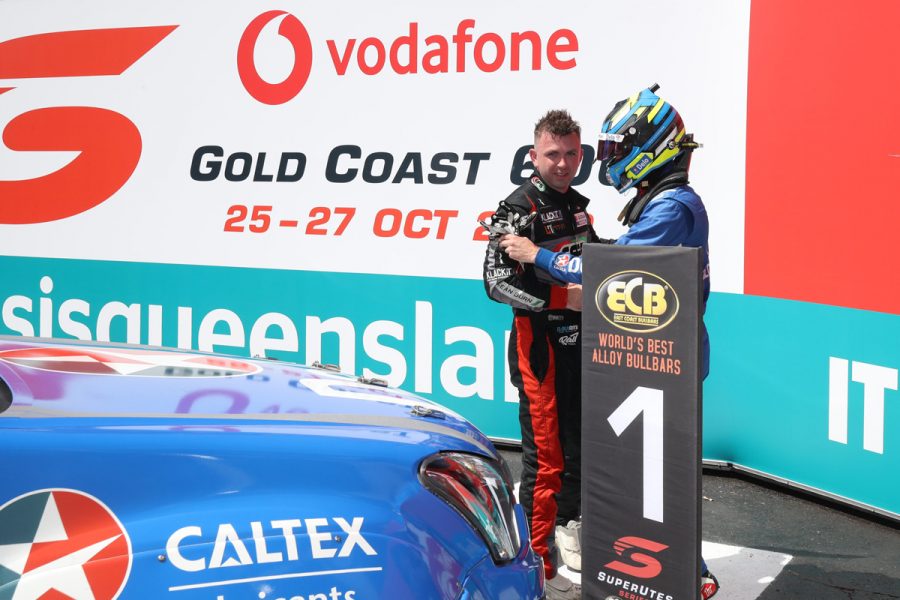 From the rolling start, Alexander got a clean getaway and moved into the lead through the opening set of chicanes, ahead of polesitter Harris, Walsh and Crick in fourth.

Eager to get that position back, Harris attempted a move on Alexander around the outside at Turn 11 but scuffed the tyre barrier, dropping him to fifth.

While Maggs was able to continue, Formosa was not, triggering the Safety Car which lasted until the start of the fifth lap.

From there, Alexander controlled proceedings and Harris charged through the field, picking off his competitors one-by-one. 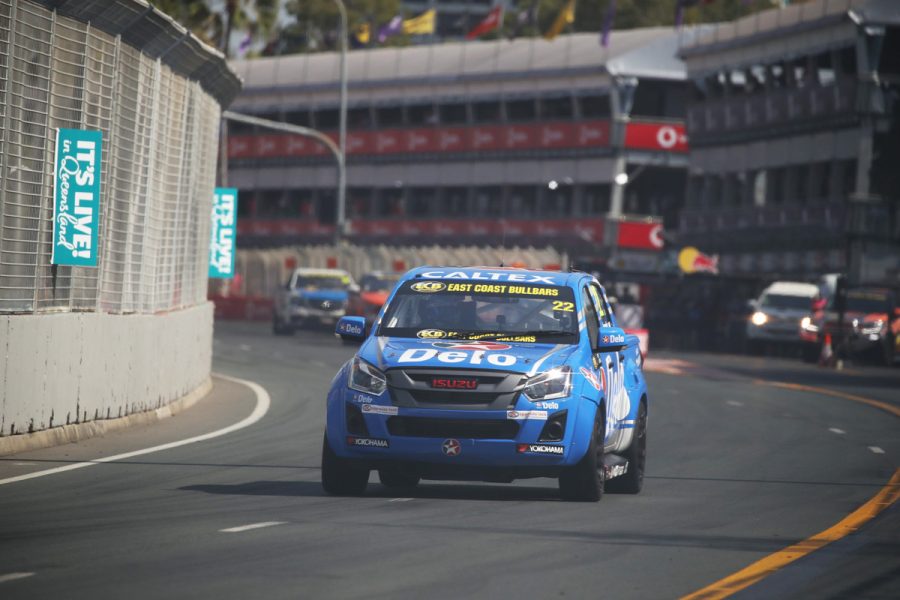 Harris got by Ben Falk off the restart for fourth, then Crick at Turn 4 on the sixth lap for third, before moving into second after getting by Walsh at Turn 6 on the seventh lap.

At that point, Alexander held a 1.1s gap over Harris, who closed it to less than 0.5s during the last lap, but wasn’t able to get the job done before the chequered flag.

Father-and-son duo Gerard and Jaiden Maggs took seventh and eighth respectively, while Craig Woods was down in ninth and ahead of Formosa, who was the only non-finisher.

The 2019 ECB SuperUtes Series finale will be held on November 22-24, as part of the Coates Hire Newcastle 500.