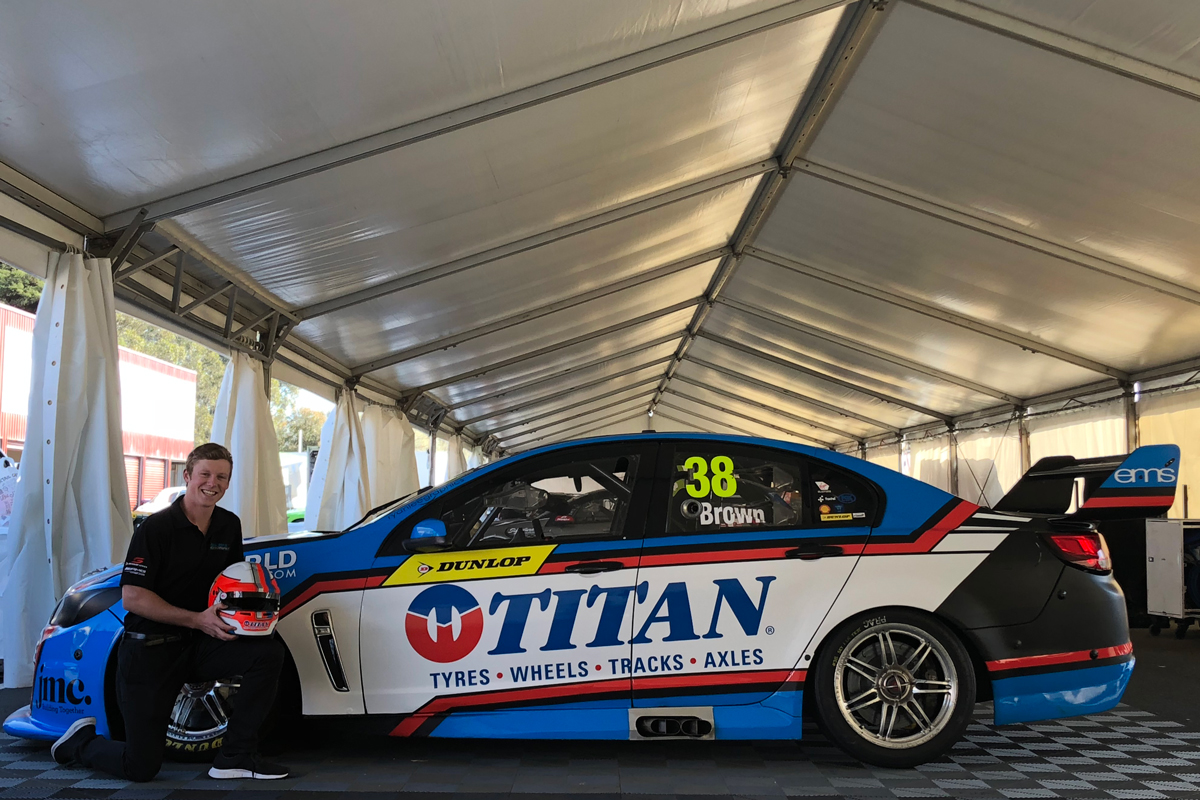 Dunlop Super2 Series young gun Will Brown has secured major sponsorship for the remainder of the 2018 season.

The Eggleston Motorsport Holden of Brown, 20, will sport branding from Titan Australia on its bonnet and doors.

Titan Australia is the largest integrated provider and service specialist of tyres, wheels, tracks and axles in Australia.

Brown won the 2017 Mike Kable Young Gun Award and is currently eighth in the Super2 standings.

He is on double-duties this weekend at Sandown, debuting in the PIRTEK Enduro Cup with Erebus Motorsport as a co-driver to Anton De Pasquale.

“We’ve worked really hard on and off the track this year and having the support of Titan Australia is a great boost into the remaining rounds of the series,” said Brown.

“Titan Australia is a new name to motorsport sponsorship in this country but they’re really well known and highly regarded in their line of work.

“We’ve spent plenty of time testing and continuing to hone my approach to driving in the gap since the last round in Townsville in July, so we’re leaving no stone unturned in continuing to find ways to improve.

“My teammate Paul Dumbrell is leading the series so there’s no doubt our EMS Commodores are real contenders in Super2 this year and I want to push my way a bit further up the field in these last few rounds and get among the results too.”

With Brendon Grove seventh and Nathan Morcom eighth, the Melbourne-based team had five drivers in the top eight.