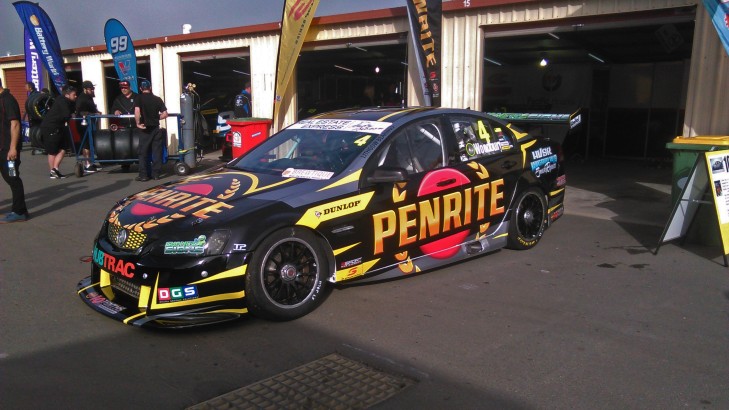 Phil Woodbury will pilotKurt Kostecki's #4 Commodore this weekend at the Coates Hire Ipswich SuperSprint, after the 16-year-old was forced to step down to focus on his studies.

The youngest ever V8 Supercar Dunlop Series driver made the difficult decision to end his series campaign after four rounds in the category, sacrificing his drive to returning RSport Race Engineering driver Woodbury.

The driver change poses as a fantastic opportunity for Woodbury to get some race miles before Bathurst, with the team revealing he was originally part of their driver line-up for the mini-enduro.

"Phil had always been part of our plans for Bathurst and jumped at the opportunity to get some valuable race miles in the car prior to the October event," said RSport Team Manager Mark Robertson.

"It had always been planned to conduct a mid-season review of Kurt's progress and his position in the championship. [He's] progressed incredibly well during the season and has exceeded our expectations.

"It was a difficult decision for Kurt to step down but we support his decision and look forward to working with him again in the future."

Woodbury stepped into the Penrite Commodore for the first time in 2015 this morning duringpractice one, ending the session 22nd fastest.

The #4 entry is the same car Woodbury steered for RSport during the 2014 season, and believes he is capable of moving further up the field this year.

"After receiving the call I knew I had to pull out all stops to try to make this opportunity a reality," Woodbury said.

"This weekend will help me to get comfortable in the car and can only be a big help when we get to Bathurst.

"This is the same car I drove last year so I know I can run mid-pack and hopefully improve on my results from last year."

The driver change coincides with RSport stablemate Brett Hobson's car change this weekend, stepping into a Ford for the remainder of the season.

The Dunlop Series will return to Queensland Raceway this afternoon for practice two at 2.20pm.