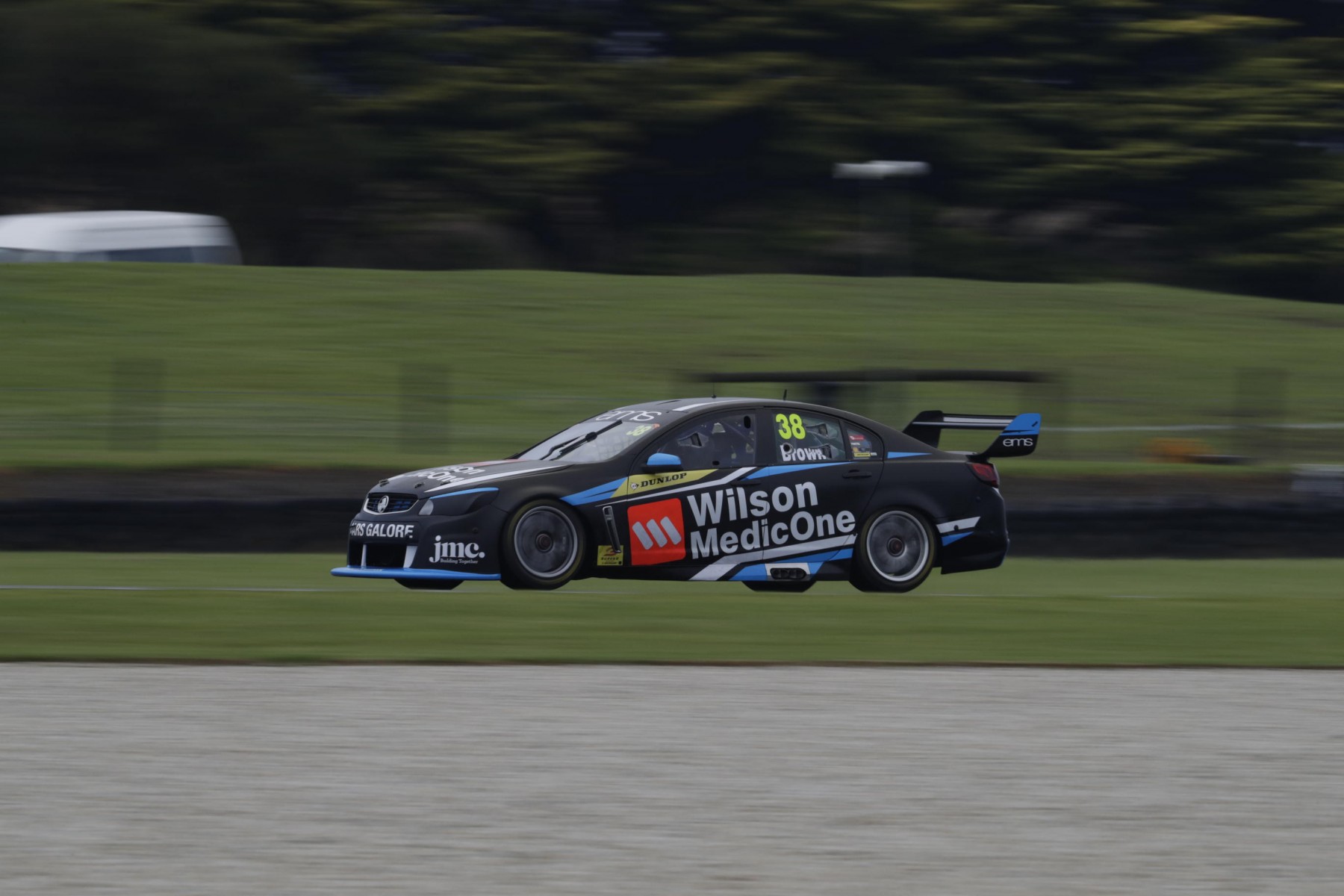 Eggleston Motorsport rookie Will Brown has topped the timesheets in this morning's sole Super2 practice session at the WD-40 Phillip Island 500.

Brown finished with a best lap time of 1.44.4198s, taking top spot for the first time in his Super2 career.

Conditions on-track this morning proved challenging with the track drying throughout the session.

While no rain fell in practice the track remained wet through the entire session.

Nathan Morcom set off the first red flag early on in practice, after sliding off the track in the wet conditions.

A second red flag was waved when Brodie Kostecki’s #57 Falcon went off the circuit and Adam Marjoram having a similar incident with ten minutes remaining in the session.

No major damage was incurred.

The Dunlop Super2 Series will be back on track for ARMOR ALL Qualifying at 11:55am.

The weather forecast also predicts a shower during the opening Super2 race this afternoon.

08/04/2017
Stay In The Know
Sign up to the Repco Supercars Championship Newsletter
We use cookies to ensure that we give you the best experience on our website. If you continue to use this site we will assume that you are happy with it.Ok