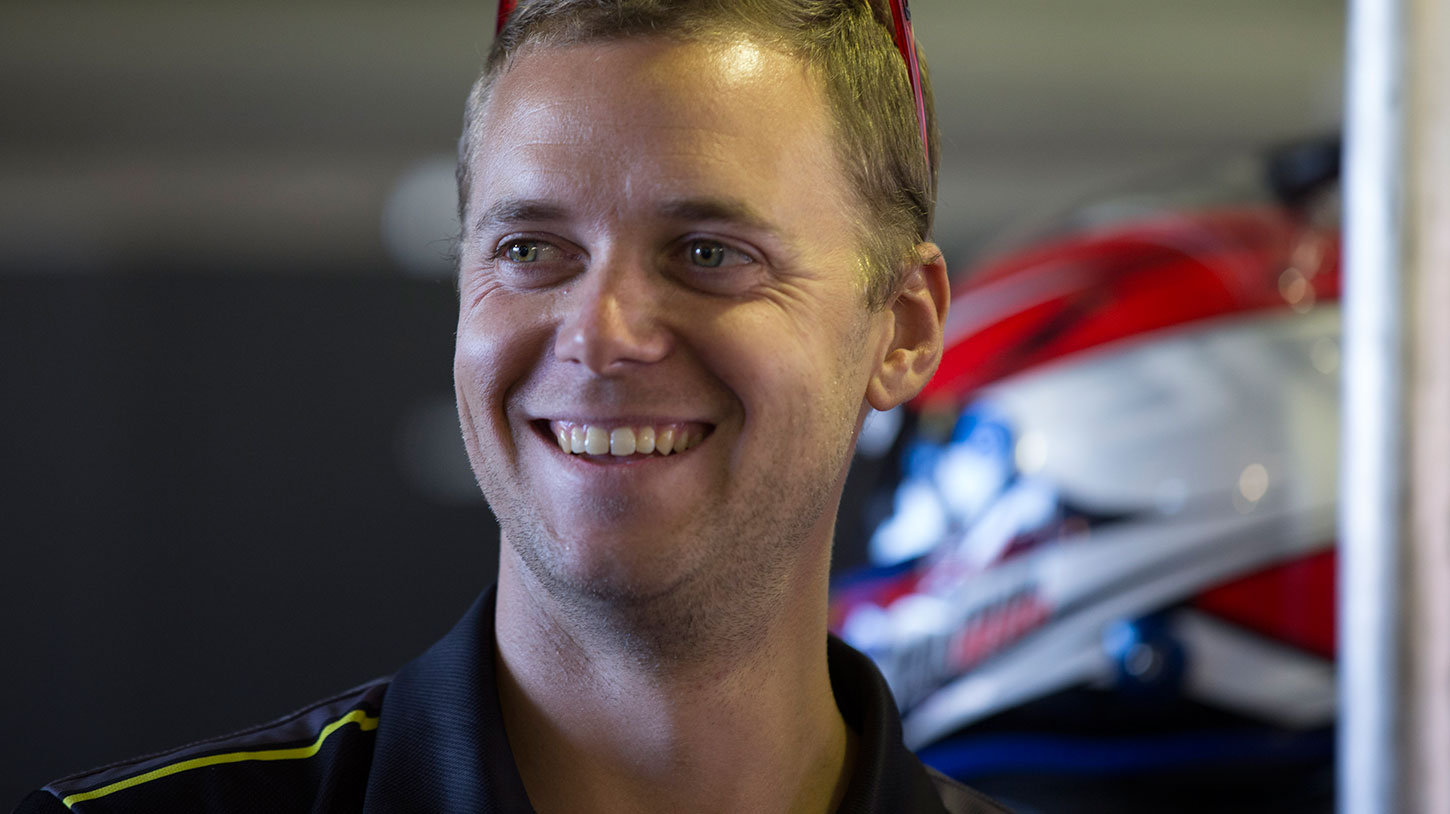 The former Dunlop Series Champion will steer the team's #10 Ford Falcon on the streets of Sydney Olympic Park next month - the same place where he wrapped up the series title 6 years ago.

His return to the category in the Hayman Reese entry comes after the seat was vacated by television personality Grant Denyer, who stepped in for Bathurst following Jesse Dixon's departure.

With Denyer unable to contest the Grand Finale due to television commitments, Image Racing team owner Terry Wyhoon was keen to secure Webb for the drive, believing he can illustrate the true speed of the Image Racing Falcons.

"We're very happy with where our cars are at and I like Jonathon, I rate him - he's a pretty good driver," Wyhoon told v8supercars.com.au.

"If everything goes our way [at Sydney] it will be a good shot in the arm just to show everyone how good the cars are, and how good he is."

Apart from his co-driver duties alongside Shane van Gibsergen in the PIRTEK Enduro Cup - where the duo finished second - Webb has had little seat time in a V8 Supercar this year.

The 31-year-old revealed he was in discussions with Wyhoon in 2014 for a potential return to the Dunlop Series in preparation for endurance season, but an arrangement never came to fruition.

So when Wyhoon came calling again last week, Webb jumped at the chance.

"I got a call from [Terry] out of the blue last week and he said he's got the car and was looking for a driver to put on a good show.

"For me, I just want to go out there and have a bit of fun. Terry and his guys do a great job... there were no real negatives about the opportunity.

"I love racing race cars, I love Homebush - who's going to say no to the chance of driving a V8 Supercar."

The Sydney Olympic Park street circuit has previously been kind to Webb, gifting him his first win in the V8 Supercars Championship in 2010 and the Dunlop Series title the year earlier.

"Sydney Olympic Park has been relatively successful for me in general, and the Dunlop Series has been a happy hunting ground for me," Webb said.

"The car I will be in [this year in the Dunlop Series] is an older car, but it will be a bit of fun, and we'll just be trying to stay out of the way of the guys fighting for the championship."

Both drivers impressed Wyhoon in trying conditions - facing track temperatures upwards of 60 degrees - but the team owner would like to them to gain more experience before an assault on the Dunlop Series in 2016.

"It's like everything, they need another few days in the car obviously," Wyhoon told v8supercars.com.au.

"If they were serious about going to the Dunlop Series and we could make something happen, well, I would like to see them back in the car at least one more time, and then a pre-Clipsal test.

"It takes a lot to get comfortable... but they both did an awesome job."

2015 Coates Hire Sydney 500  ›
Stay In The Know
Sign up to the Repco Supercars Championship Newsletter
We use cookies to ensure that we give you the best experience on our website. If you continue to use this site we will assume that you are happy with it.Ok