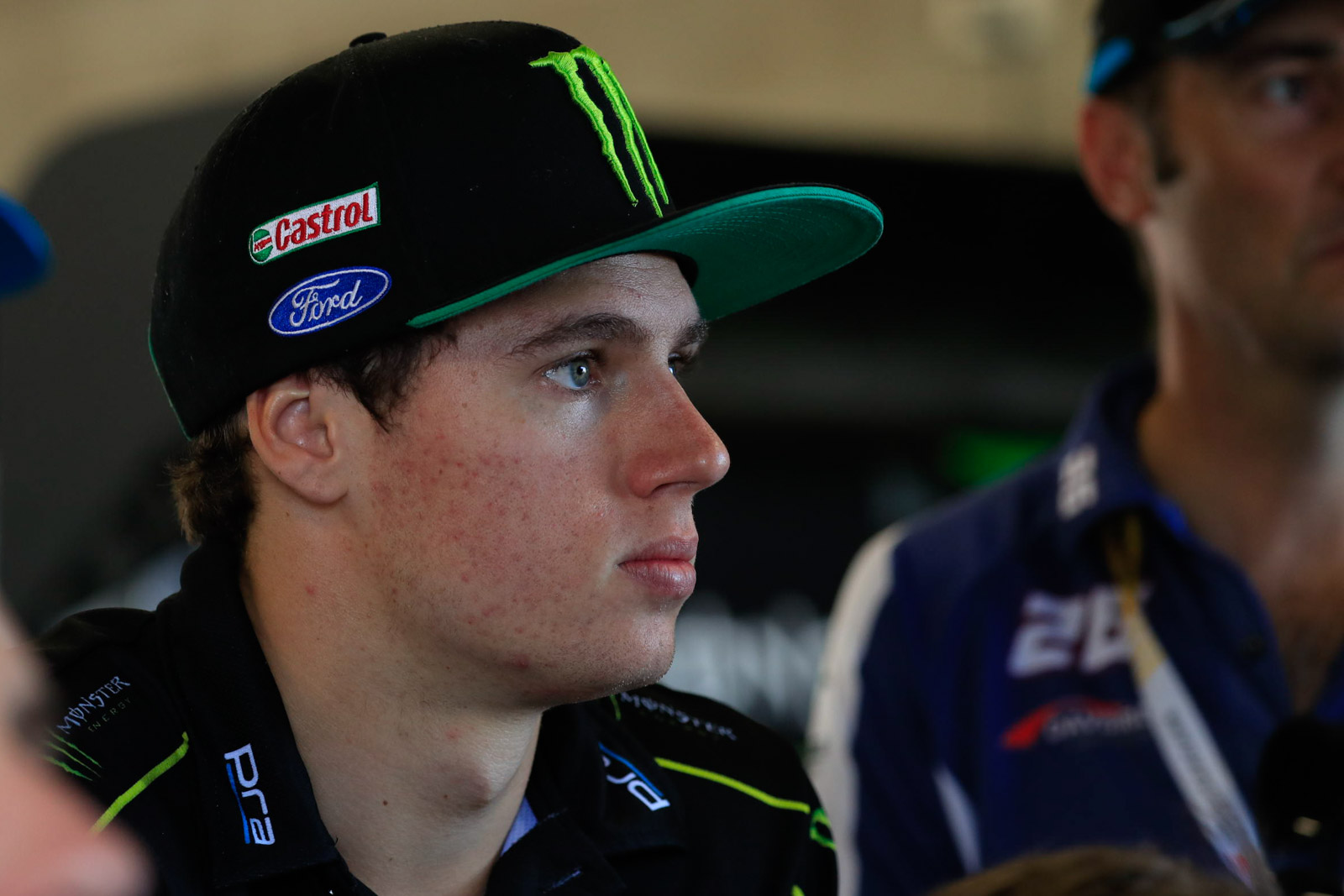 Prodrive Racing Australia’s Cameron Waters speaks out about his 2015 Dunlop Series victory and passes on words of wisdom to this year’s front runner.

The Mildura-native claimed the 2015 Supercars Dunlop Series title at last year’s Sydney 500 and has stepped up and taken on the main game this season.

Waters emphasised the Coates Hire Sydney 500 will be a tough weekend for his teammates, however a massive reward to take home the number one in the category.

“It was a hard weekend because you go into the weekend and you’ve done such a good job through the year but one DNF can undo it all so it’s really a lot of pressure in that last race,” Waters said.

Garry Jacobson will enter the final weekend of the season with the Championship lead, 166 points ahead of his teammate Jack Le Brocq.

The 2015 champ highlighted that Jacobson’s points lead is still at threat, going into a race vulnerable to circumstances on-track.

“Yeah it’s awesome to have the gap and be the one in front but you are still vulnerable really to being beaten if you have DNF or something,” Waters said.

Waters advice to his top placed teammate was not to change too much about his approach and go through the weekend like its anything else.

“For Garry he has to simply finish races, stay out of trouble, get the points and get through the weekend. Don’t care if you have a couple of fifths or sixths because if you have the number one at the end its all worthwhile,” Jacobson said.

“For Jack it’s completely different. He will want to be going quick every session, put it on pole and have the nothing to lose attitude.

“It will be cool to see how they both handle it.”