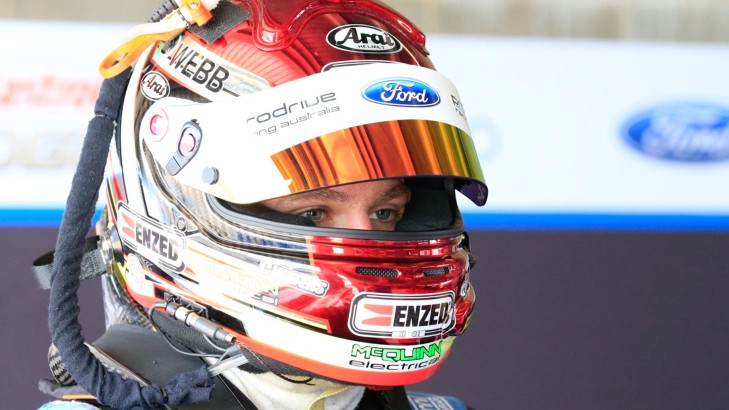 The current series leader broke into "the sevens" with his blistering lap of a 2min07.0013 and seemed content with his pace, stepping out of his car with minutes still left in the session.

But the final practice ended on a low for third fastest Chris Pither, who smashed into the wall at the dipper as he tried to better his time in the final few minutes.

The fast kiwi's MW Motorsport crew have their work cut out for them as they try to repair the rear of the Ice Break Racing Falcon before qualifying this afternoon at 3.00pm.

Paul Dumbrell ended practice fourth fastest, despite causing the session's second red flag when he was caught in the sand at turn one.

After suffering electrical issues at the beginning of the session, Ant Pedersen's practice ended prematurely when the #38 Commodore shut down on Conrod Straight, causing Pedersen to park the car.

Despite the issue, the kiwi managed to bring the Eggleston Motorsport Holden home 11th fastest, ahead of Shae Davies and James Golding.

The first red flag of the session was deployed when Josh Kean locked-up at the chase, bogging the Alphabet entry in the gravel trap.

Qualifying for the Dunlop Series mini-enduro kicks off this afternoon at 3.00pm.