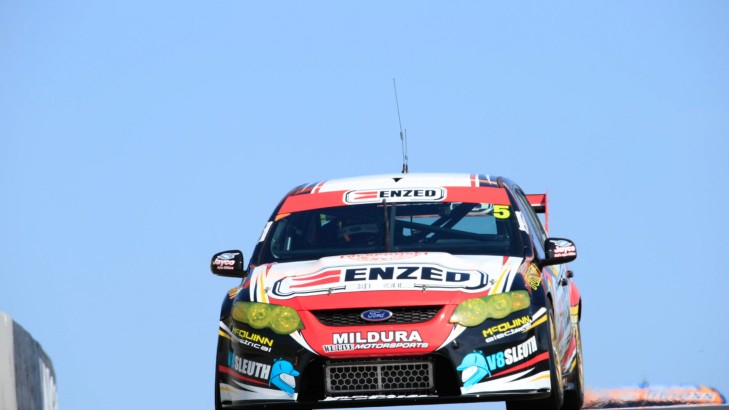 Cameron Waters is getting on with the job, topping the warm-up session ahead of the V8 Supercars Dunlop Series mini-enduro this afternoon.

After an horrific day yesterday that saw his V8 Supercars campaign of the Supercheap Auto Bathurst 1000 come to an end, Waters managed to take his ENZED Falcon to the top of the time sheets with a 2min08.48.

Garry Jacobson was second quickest in the warm-up, ahead of Eggleston Motorsport teammate Ant Pedersen in third.

Andrew Jones was also on track after his massive crash during qualifying yesterday, caused by an over-zealous attempt for ARMOR ALL Pole Position.

He finished the session in seventh, behind Paul Dumbrell and James Golding in fifth and sixth respectively.

The session was reduced to 10 minutes following the extensive recorery from a massive crash in the previous support category race.

Many teams used the quick hit-out as a chance to prepare for the mini-enduro's high-pressure elements, with Novocastrian Motorsport running through pit stop practices and driver changes.

Stay tuned for the Dunlop Series' mini-enduro coming up at 2.00pm