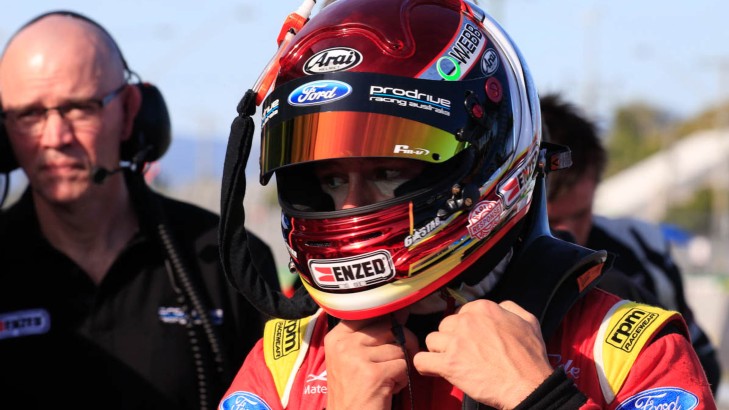 V8 Supercars Dunlop Series leader Cameron Waters is expecting Paul Dumbrell to come on strong in the fight for the title after the veteran racer's determined showing at the Castrol EDGE Townsville 400.

Dumbrell took it to the series leader in the final race of the weekend, the Eggleston driver claiming his first win since Clipsal after starting from third, taking the race lead by the second corner on the first lap.

The move that secured him the win was labelled the best move of the weekend by Mark Skaife on last night's episode of Inside Supercars, while it reasserted his position in the title fight after the victory ended Waters' run of seven wins in a row. 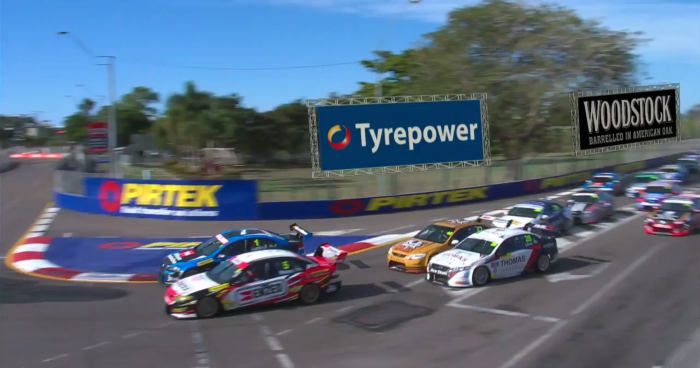 "It was very close," Dumbrell said of his race-winning move that had him inches away from the concrete wallon the exit ofturn two.

"I was on the dirty side... Cam was really smart and gave me some room, he didn't have to, he probably could have come across but with me and another car behind braking on the dirty stuff, it's always risky."

Dumbrell is now 145 points behind the ENZED Prodrive racer in the standings - and with 150 points awarded for a race win, some solid form from the Eggleston racer and a change of fortune for Waters could see the tides turn.

Waters knows he will have a fight on his hands at the Coates Hire Ipswich SuperSprint - which runs from July 31 to August 2.

"After Paul bombed me at the start of the second race I knew he was serious about trying to score his first race win since the opening event in March," Waters said following his race two defeat in Townsville.

"I pressured him but he was driving very well and his car was staying consistent, so I thought it best not to risk too much knowing we were well clear of the third placed car.

"[I'm] very pleased to have extended my points lead over the championship challengers, but there's still a very long way to go and a heap of points on offer."

While the battle between Dumbrell and Waters heats up in the Dunlop Series, it is set to continue into the PIRTEK Enduro Cup when the two pair up with championship contending cars in the main game.

Coincidentally, the dying stages of last year's Supercheap Auto Bathurst 1000 saw Mostert and Whincup battling for the win, with the latter infamously running out of fuel on the last lap of the race.

With the potential for another epic clash to unfold during this year's PIRTEK Enduro Cup between the two Dunlop Seriesrivals, both Dumbrell and Waters will have the chance to adjust to their main game equipment during the additional driver session at the Coates Hire Ipswich 400 alongside their Dunlop Series duties.

Make sure you're trackside to see the rivalry between Dumbrell and Waters ignite at the Coates Hire Ipswich SuperSprint. Book your tickets now at ticketek.com.au.