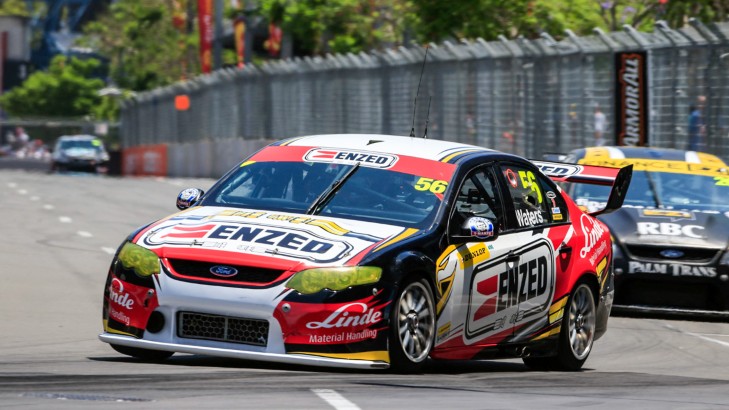 Cameron Waters has denied soon-to-be-crowned champ Paul Dumbrell of a clean pole sweep at the Sydney NRMA 500, taking ARMOR ALL Pole Position for the final race of 2014.

The Ford Performance Racing pilot set his pole-winning flyer in the dying stages of the 30-minute session, with kiwi Andre Heimgartner adrift by .45secs.

With 150 points on offer for the 23-lapper, Waters' pole will pose as an opportunity for him to bridge the 12 point gap that separates him to second place in the championship, currently held by Ash Walsh.

Walsh recorded the fourth quickest time in the session and will line up alongside Dumbrell in third.

Chris Pither sits on the fringes of the top ten in 11th, ahead of Macauley Jones in 13th.

The final race of the 2014 Dunlop Series season kicks off on the streets of Sydney Olympic Park at 12.30pm ADST.

Cameron Waters  ›
2015 DVS TEAM ENZED PRA ›
2014 Sydney NRMA 500  ›
Stay In The Know
Sign up to the Virgin Australia Supercars Championship Newsletter
We use cookies to ensure that we give you the best experience on our website. If you continue to use this site we will assume that you are happy with it.Ok