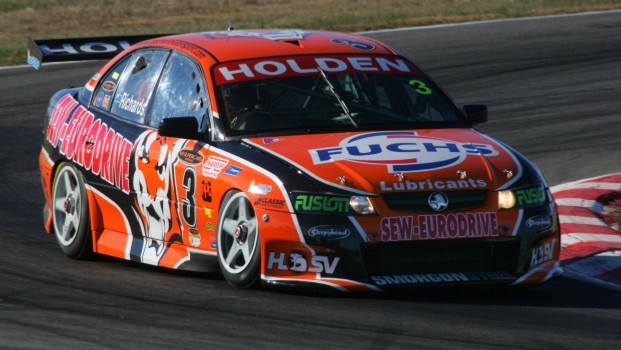 Dunlop Series driverSam Walter will join the field for the next round of the V8 Touring Car Seriesat Winton next weekend.

The Tasmanian, whodrives an ex-Fujitsu Racing GRM Commodore for Minda Motorsport in the DunlopSeries, is keen to increase his track time in the series for ex-V8 Supercars aftera multi-year lay-off from the sport.

The car is well-knownin V8 Supercar history – it’s the same Commodore the late Jason Richardsbarrel-rolled at Queensland Raceway in 2005 and then drove alongside Jamie Whincupto finish third in that year’s Sandown 500 and runner-up at Bathurst.

Richards used the carto win his first – and only – V8 Supercars Championship race at Winton in 2006before it was run in the Development Series by Dale Wood with Greg Murphy Racingin 2007 and 2008.

Ironically, Walter wasteammates with Wood at GMR in 2007 and 2008 and, at the time, drove the car nowused by Pollicina in the V8 Touring Car category.

The ex-RichardsBathurst runner-up chassis has been recently purchased by Pollicina andreturned to the east coast from Perth. It will run an H-pattern gearbox atWinton in a fortnight’s time.

“I need to do moreracing because I haven’t done anything in over three years, so I’ve got to getback into it. It’s better to be racing with other guys than testing on oldtyres and driving around and around by yourself.

“There’s some big gapsin the Dunlop Series calendar, so it’s a good way to stay sharp in the meantimebefore the next round in Townsville in July.”

Walter is no strangerto the V8 Touring Car Series either. He competed in an ex-Tasman Commodore atEastern Creek in 2010 and won a race in the one-off appearance.

Casey not Happy After Practice

03/05/2013
Related Content
2013 Winton 360  ›
Stay In The Know
Sign up to the Virgin Australia Supercars Championship Newsletter
We use cookies to ensure that we give you the best experience on our website. If you continue to use this site we will assume that you are happy with it.Ok