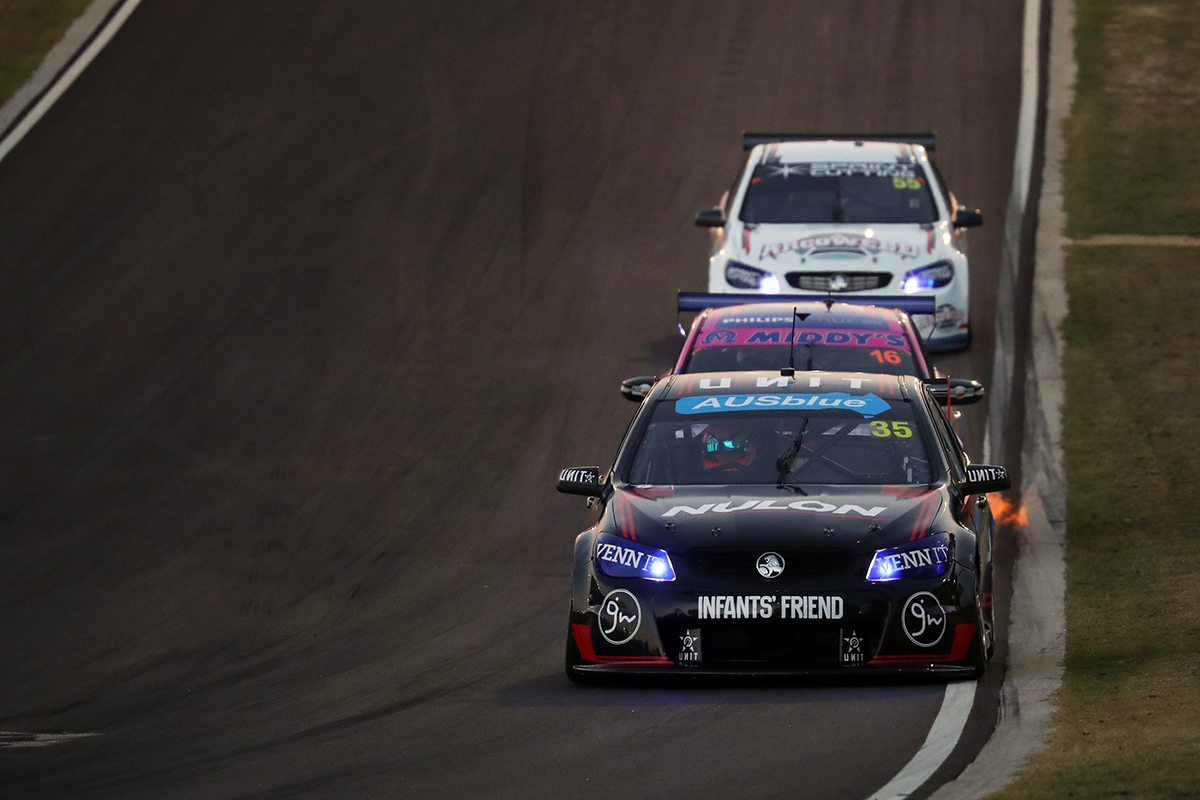 Ash Walsh withstood a challenge from Bryce Fullwood to win Race 2 and take the round honours in the Dunlop Super2 Series at the PIRTEK Perth SuperNight.

Back in the class this year for the first time since 2014, Walsh controlled Saturday's 26-lap race in twilight conditions.

He finished 0.4956 seconds ahead of Fullwood, while Kurt Kostecki rounded out the race podium.

After finishing third on Friday, the result secures Walsh's first Super2 round win since the Barbagallo Wanneroo Raceway event five years ago.

Walsh took the lead off the line, as polesitter Zane Goddard had a slow getaway, slotting in ahead of Fullwood and Kostecki.

The MSR driver ran several tenths ahead of Fullwood through the first half of the race, which was put under Safety Car conditions on lap 15.

That was to retrieve the Falcon of Matt Chahda from the gravel at Kolb Corner after a clash with Joel Heinrich.

Racing resumed with nine laps remaining, and Walsh opened up a slightly more-comfortable buffer over Fullwood.

Having started the weekend fifth in the points, Walsh moves up to third in the standings led by Fullwood.

Friday race winner Brown could not repeat that result, but did enough to finish third for the round behind Walsh and Fullwood.

Goddard dropped to fourth off the line and then to seventh on the second lap.

He was passed by Brown after the restart and had to settle for ninth, and sits 64 points behind Fullwood in the standings.

Adam Marjoram rounded out the top 10 after a crash on Friday, while Tyler Everingham was the top rookie in 12th.