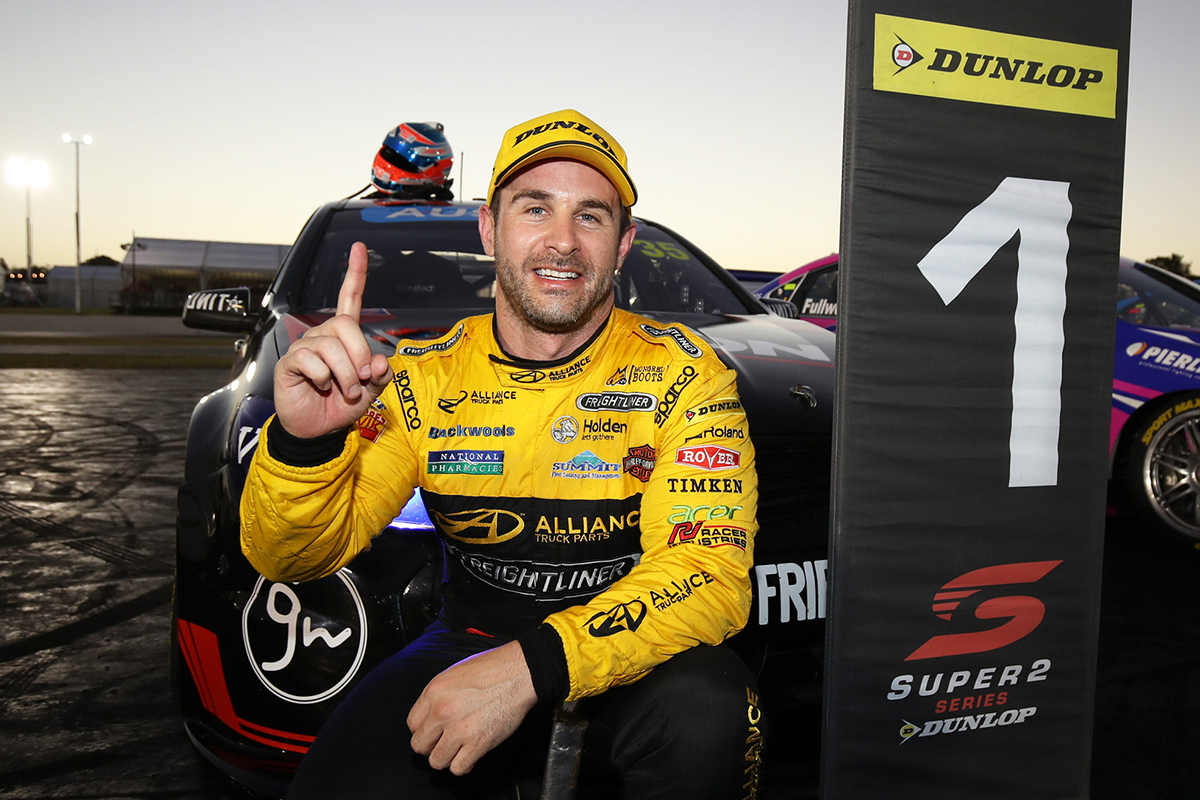 Ash Walsh says winning the second round of the 2019 Dunlop Super2 Series was not on his radar after a relatively-quiet start to the Perth weekend.

The PIRTEK Enduro Cup regular has returned to Super2 this year for the first time since 2014, in a Matt Stone Racing Holden.

At Barbagallo Wanneroo Raceway, he was second in Thursday practice but then had to settle for fifth on the grid for Friday's opening race.

He finished third, then won Saturday's second race from second on the grid to seal his first Super2 round win since the Perth event in 2014.

"I'm really pleased to be back [up] here, obviously a little bit unexpected with [Friday] not qualifying too well," Walsh said.

"I managed to race a little better than we qualified [on Friday] and turned it around in the qualifying [on Saturday].

"We just need to keep doing what we're doing, working on the car, we're getting a little better each round.

"As you've seen in Adelaide and here, we're working the car throughout the weekend to get quicker and quicker.

"We're still learning, but hopefully we can learn from what we learnt at each round, and start off a little better at the next round."

With the weekend's results, Walsh moves up to third in the championship.

He is 91 points behind Bryce Fullwood, whose MW Motorsport Nissan team-mate Zane Goddard is second.

"They have been quick both here and at Adelaide, so I'm sure it's going to be a great fight throughout the year."

Walsh spent three years in MSR Falcons in Super2 from 2012, finishing seventh, second and third in the championship.

He graduated to main game for a single season with Erebus Motorsport in 2015, and has been a Brad Jones Racing enduro driver since.

Now 31, Walsh did not expect to have a full-time program this year before the "last-minute" drive with MSR.

"I didn't think that I would be racing again full-time at all to be honest, I've gone another direction with my career and I'm pretty happy with what I'm doing," Walsh said.

"At the start of the year my old man had been chatting with Matt without my knowing and they organised all this stuff.

"I'm happy to be back and I'm really glad to be in a great car and to be able to fight with these guys."

The third round of the series takes place on July 5-7, as part of the Watpac Townsville 400.