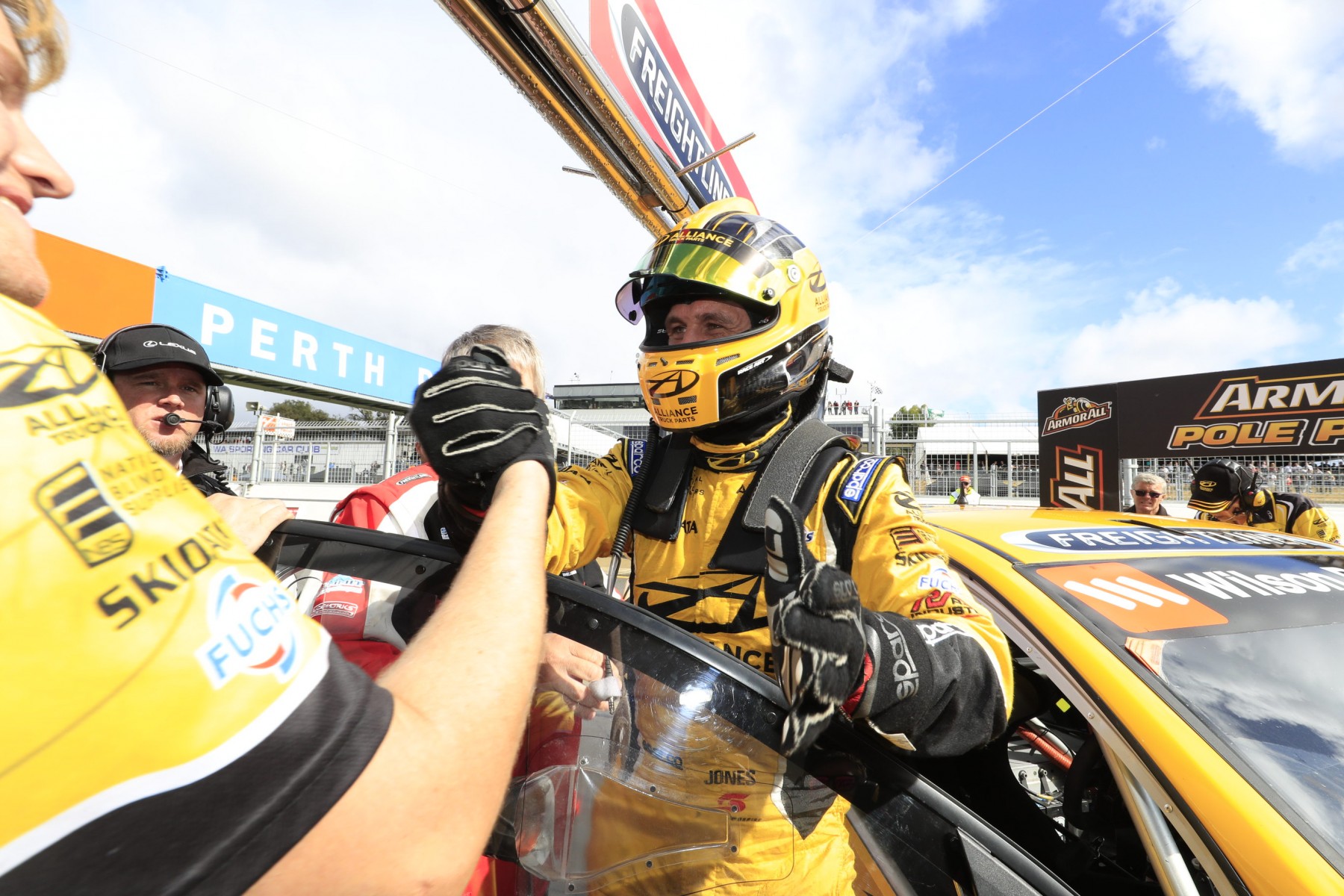 Andrew Jones has claimed ARMOR ALL Pole Position for this afternoon’s Dunlop Series race at the Perth SuperSprint.

The V8 Supercars started the 20-minute session on wet weather tyres after a downpour before the Championship cars’ practice session. But with minutes to go in qualifying, teams changed to slicks for a shootout to the chequered flag.

Prodrive prodigies Jack Le Brocq and Garry Jacobson put in fast laps, but it was veteran Jones who took the top spot by one-thousandth of a second over Le Brocq.

“It’s awesome, these guys who do the work on the car are incredible, so I thank them,” Jones said.

With one minute to go, Matt Chahda beached his car once again, this time at turn one.

It was a promising performance from rookie Anton De Pasquale, who managed third in the session ahead of Shane Davies.

Series leader Jacobson will start from sixth, while local youngster Alex Rullo starts 13th at his local track. The 15-year old gained special permission from school to have time off to prepare for this weekend’s event.

The Dunlop Series races for 28 laps this afternoon at Barbagallo Raceway from 1.30pm local time.