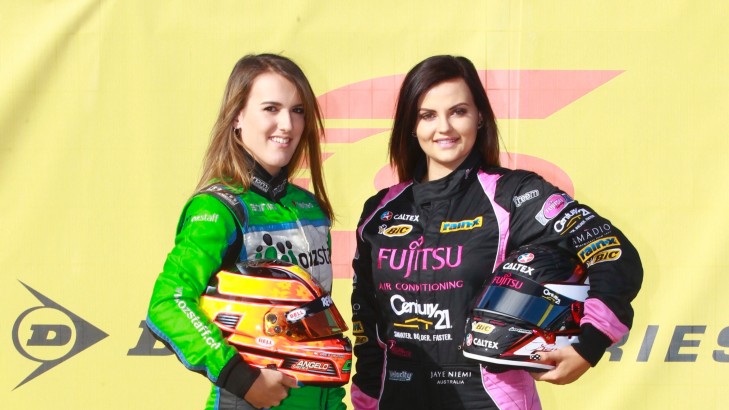 A female driver hasn't contested the V8 Supercars Dunlop Series for several seasons- but at opening round the Clipsal 500, two ladies suited up to show that motor racing isn't just for the men.

Renee Gracie and Chelsea Angelo both debuted in the development category last month, and while they are pleased to represent women in a male-dominated field, they weren't going easy on one another on-track.

"A lot of people forget that we are competitors at the same time," Gracie told v8supercars.com.au when asked about the attention on the two as female racers.

"[Chelsea's] another girl and obviously we talk, we chat, but I'm not going to go out of my way to get along with her and be best friends, because that's not what it's about.

Twenty-year old Gracie announced her step-up from the Australian Porsche Carrera Cup category to steer a Paul Morris Motorsport-powered Falcon in the 2015 Dunlop Series at Bathurst last year, and on debut scored 21st and 20th across the two races at the concrete-lined Clipsal circuit.

"The first race is probably always the worst," she told v8supercars.com.au.

Fujitsu-sponsored Gracie was involved in a couple of racing incidents across the two contests, and was frustrated not to have finished further up the field.

"I had the pace in the last race to be about 15th, so it would have been good to have been 15th instead of 20th, but unfortunately I got spun around again," she said. 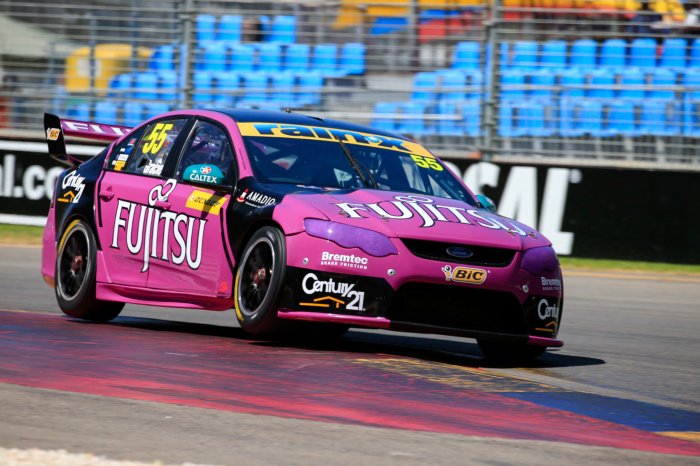 However, Gracie believed she'd learnt plenty to take into the next event and will be aiming to finish further up the field and improve her position in the points standings, current sitting 20th as she prepares for the upcoming round at Barbagallo Raceway in May.

"It was a massive weekend and I can take all of this experience into the next race. It's just going to keep improving every race I go to... I'm excited to go to Perth now because I wish I could do the weekend all over again."

Eighteen-year old Angelo, whose background is in Formula 3, secured a last-minute deal to compete in the opening round and is working to lock-in sponsorship to spend the year in the V8 Supercars Dunlop Series.

While Angelo has tested a V8 Supercar before, the Clipsal 500 was her first time racing in the category, and she described it as hectic, having crossed the line in 22nd and 18th in the two races.

"The racing was pretty chaotic, but I guess that's just the joy of racing," Angelo told v8supercars.com.au.

"The Dunlop Series is just a whole new ball game - Formula 3 has a lot more grip, different aerodynamics and all that type of stuff, whereas in DVS you've got to drive it differently, race it differently.

"It was good to come back with a good, straight car after the race, but it's also good to see my times coming down and improving. That was the main thing over the weekend, trying to improve each time we go out there." 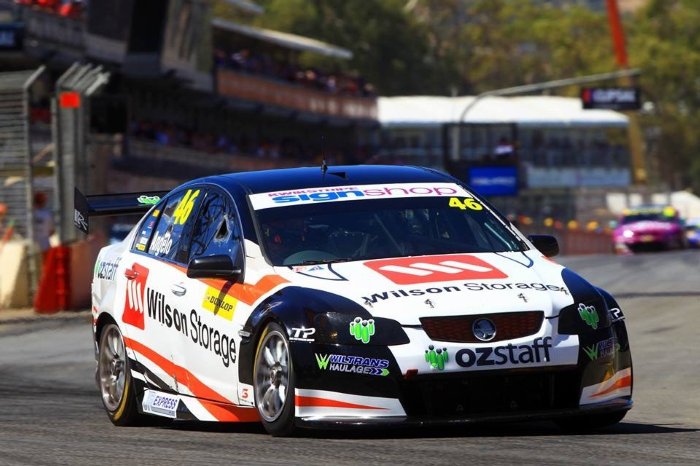 While Angelo's future in the category is yet to be confirmed, at the Clipsal 500 the Formula 3 racer and Gracie were the first women to race in the series for several sasons.

And although Gracie was keen to set the record straight on treating Angelo like any other competitor, she was enthusiastic about encouraging more females to give motor racing a go.

"It's good for the category and the sport in general to prove to people that times are actually changing and there are girls wanting to get into the sport."

The Dunlop Series hit the track next at Barbagallo Raceway in Perth from May 1-3.