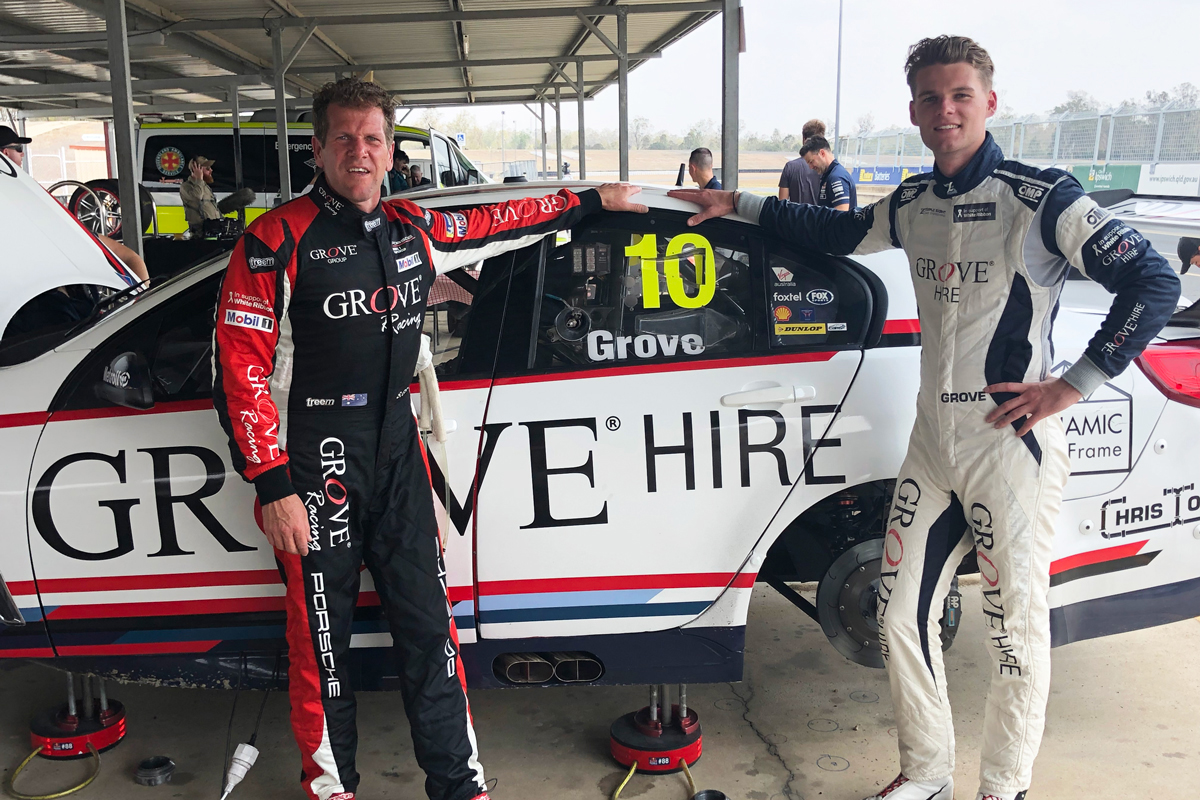 Brenton Grove and Triple Eight have combined to give Stephen Grove a parting gift as the family and team prepare to head their separate ways in 2020.

Brenton joined Kurt Kostecki in heading up Triple Eight’s return to the Dunlop Super2 Series arena this season after a five-year hiatus.

Backed by father Stephen’s Grove Hire company, Brenton went on to place eighth in the championship, headlined by a career-best second in Townsville.

Brenton confirmed he will not return to Super2 next season – but not before giving Stephen an opportunity to drive the car in an evaluation day at Queensland Raceway today.

Stephen, 52, is a veteran Porsche and GT racer but had never been behind the wheel of a Supercar.

“We’ve had the car for a couple of years and he’s always wanted to drive it but the stars have never aligned,” Brenton told Supercars.com. 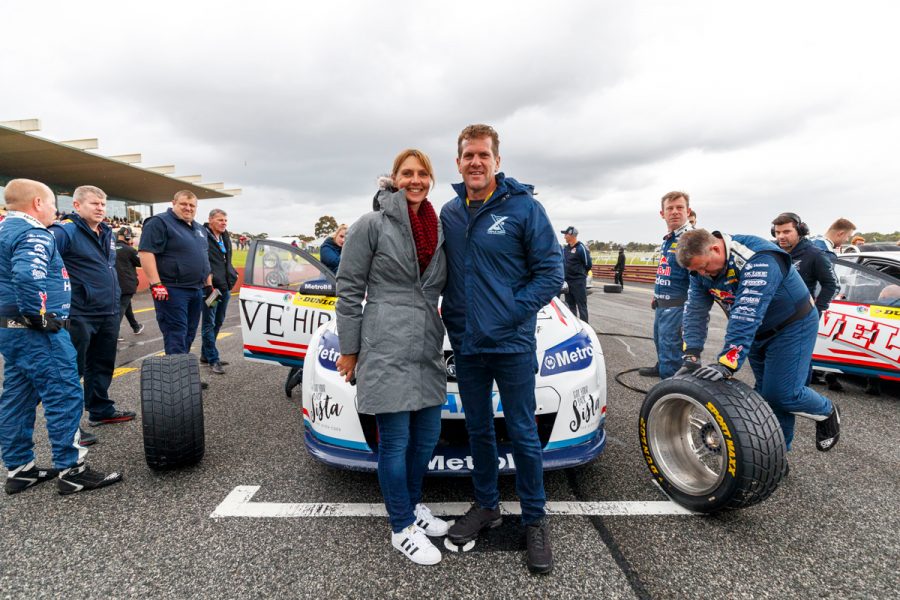 Brenton took to the track initially to put the ex-Craig Lowndes VF Commodore through its paces before hopping out.

“I did some laps this morning to make sure the car was right and kind of give a baseline for him and then he’s driving around and looking at my data and trying to develop where he’s at,” the 22-year-old said.

“He’s loving it. He did his first run and came back with the biggest smile on his face and kind of didn’t have many words to say. I think he was just flabbergasted.

“Everything I’ve told him over the last couple of years about how hard they are to drive, and physical, I think he has got a newfound love for it now.”

The day also represented a landmark occasion for Brenton, who has elected to focus his attention on running the Grove Group’s day-to-day operations while Stephen conversely moves to prioritise racing. 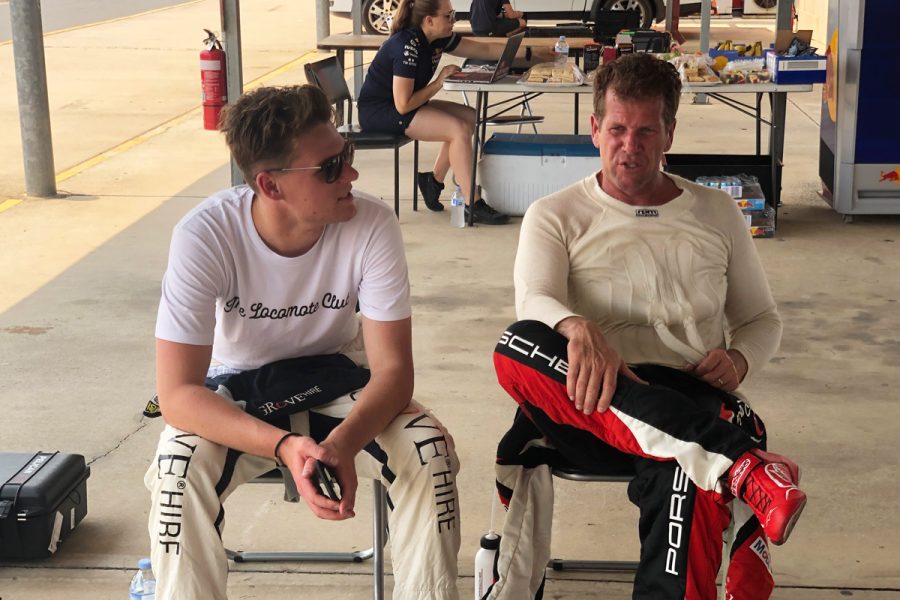 “Today is probably the last time I will drive a Supercar,” Brenton said.

“I’m not retiring but scaling back my racing commitments and taking on more of an active role in the business. It’s something that I have a strong passion for.

“So I will do probably three endurance races. We’ll do the Bathurst 12 Hour together and potentially Spa 24 Hour and maybe another Intercontinental race.

“And then beyond that, I’ll be focused day-to-day on the business and he’ll do [Porsche] Supercup following Formula 1 around again next year.”

The decision brings to an end Brenton’s two-year Super2 tenure that started under the Grove Racing banner in 2018.

The Victorian was satisfied with the progress he made at Triple Eight this season. 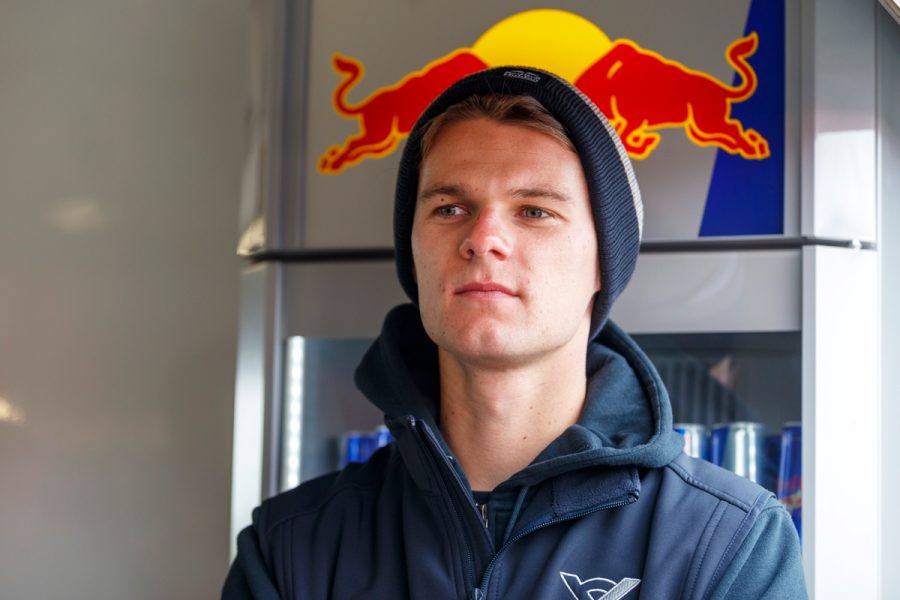 “To be honest I think I exceeded my own expectations and maybe some of the people around me,” Brenton said.

“We obviously had a really tricky year last year.

“Coming to Triple Eight we knew that we’d have the support and the equipment and everything to do a good job and whilst we made some mistakes, I think overall we did a really, really solid job.

“We had some good finishes, obviously second at Townsville and a fourth at Bathurst, so it was a really good year.”

Triple Eight’s future in Super2 is uncertain, with the team declaring a preference to remain in the series but currently without any confirmed deals in place.

This year marked its first in the category since 2013, running a two-car effort for Grove and Kostecki, who finished second in the final standings.