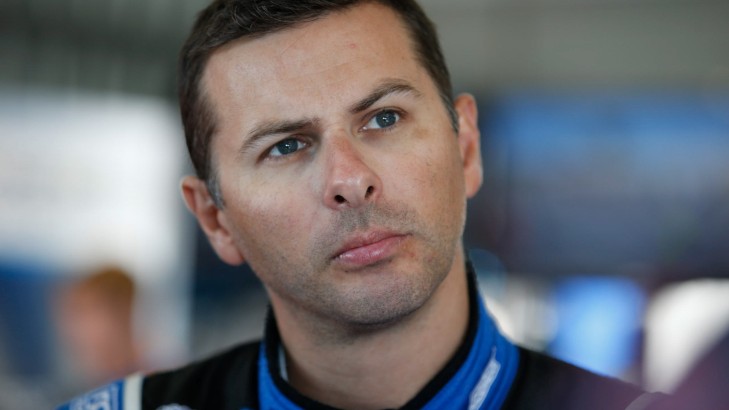 Two-time V8 Supercars Dunlop Series Champion Steve Owen will make his return to the category this weekend at the Clipsal 500 Adelaide.

Owen returns as part of Image Racing’s two-car line-up and joins fellow two-time Champion Paul Dumbrell as one of the seasoned hands to take it to the young guns this season.

2004 Champion Andrew Jones will also provide another benchmark for the up and coming racers this season, returning to spearhead the Brad Jones Racing Dunlop Series line-up again in 2016.

On the flip side, 15-year-old Alex Rullo will become the youngest ever V8 Supercar driver when he makes his Dunlop Series debut this weekend.

He will break the record with the support of Lucas Dumbrell Motorsport, who will field the teen in 2016 in a new-gen Holden Commodore VF.

Rullo takes the record as youngest ever from fellow Dunlop Series racer Kurt Kostecki, who broke the record last year in Adelaide at 16-years-old.

Kostecki returns to the series again in 2016 as part of the Kostecki Brothers Racing squad, which will also campaign younger brother Jake this season.

Jake’s maiden assault of the series this weekend sees him follow in his older brother’s footsteps, making his debut on the streets of Adelaide at just 16.

The Dunlop Series will also see an expanded female contingent in 2016, with Chelsea Angelo returning to the series for her first full-time assault, alongside Renee Gracie this year.

Both Angelo and Gracie contested the Clipsal 500 Adelaide last year, however the season-opener was a one-off appearance for Angelo.

The 19-year-old personal trainer returns in 2016 for her first full-time campaign of the Dunlop Series with the support of Dragon Racing.

Meanwhile, Gracie will race under new colours this season, with Caltex Australia jumping on board as the new naming rights sponsor for the 21-year-old.

Gracie will be joined at the Paul Morris Motorsport squad by Australian open-wheeler ace Anton de Pasquale, who steps into the #67 in place of team-owner Morris this season.

With 2014 Dunlop Series Champion Cam Waters moving up to the V8 Supercars Championship this year, Jack Le Brocq and Garry Jacobson step into the coveted seats at Prodrive Racing Australia.

The team will field both rising stars in the Fold Falcon FGX as the new-gen chassis makes its debut in the category this weekend.

Click here for the complete list of drivers in this year's series heading into this weekend's season-opener.

The Dunlop Series will take to the track for the first time in 2016 today, with practice one at 10.45am, followed by practice two at 3.25pm.