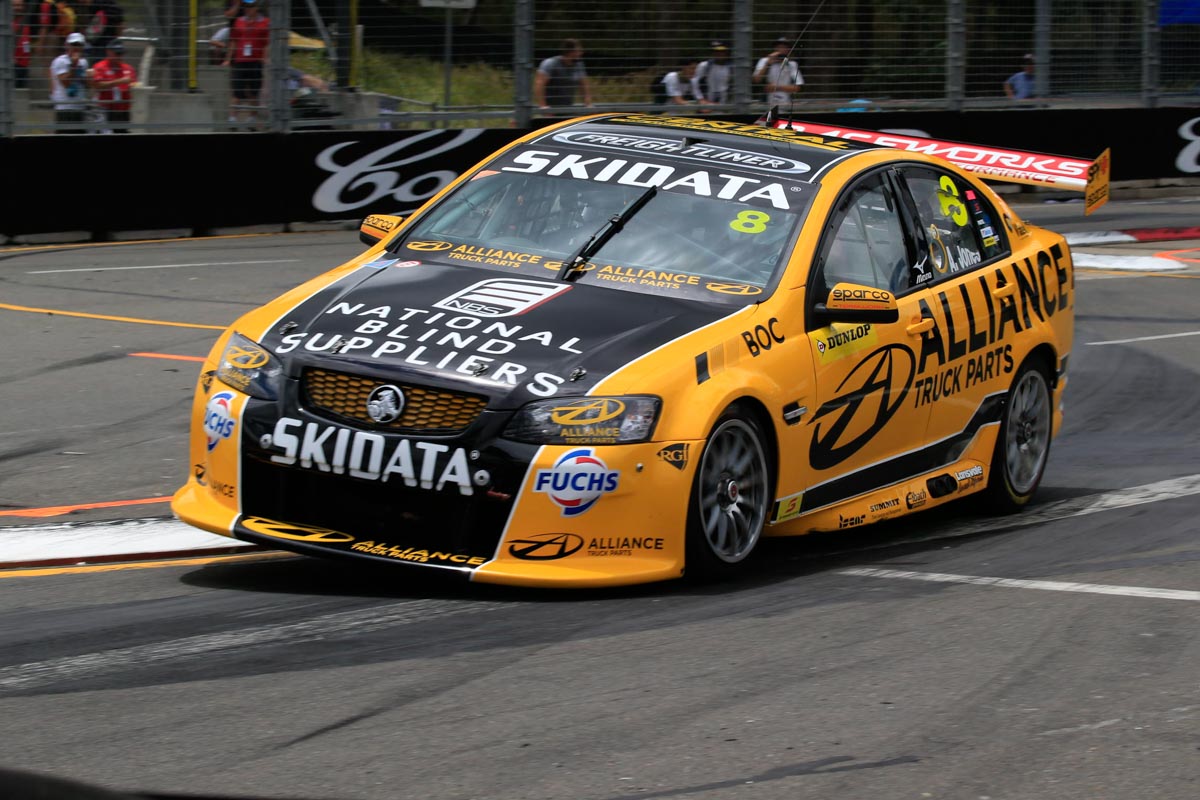 Six V8 Supercars Dunlop Series teams will upgrade to the new-generation V8 Supercar in 2016, as regulations open up to allow teams to run the same machinery as the V8 Supercars Championship this season.

In 2014 it was announced the ‘Car of the Future’-spec chassis would become eligible for entry in the category from 2016, with the new-gen car becoming compulsory for teams to enter by 2018.

Kostecki Brothers Racing were the first to respond to the regulation change, securing two VF Commodores from Triple Eight Race Engineering last August for their first assault of the series this year.

Nine other new-gen cars have since been entered, with reigning Champions Prodrive Racing Australia the only team to enter new-gen Fords, fielding two FGX Falcons for new recruits Jack Le Brocq and Garry Jacobson this season.

Brad Jones Racing will field the largest number of new-gen cars out of any team in the series in 2016, with Andrew Jones, Macauley Jones and Josh Kean all transitioning to the VF Commodore.

Lucas Dumbrell Motorsport and Matt Stone Racing have also entered one VF apiece, while Garry Rogers Motorsport has elected to run two new-gen Holden Commodores as they expand their Dunlop Series program in 2016.

As such, the team will campaign the last Holden Commodores it ran in the V8 Supercars Championship in 2013 before it made the switch to the Volvo S60 the following year.

These VF Commodores were sold to Dragon Racing in 2014, and are being leased back to GRM to field James Golding and Richard Muscat this year - a necessary step in developing the talents of its new prodigies, said team principal Barry Rogers.

“For any young driver whose aim is to get a main game drive, the best way to bring them on is to put them in the cars that actually run in the Championship,” Rogers told v8supercars.com.au.

“The handling characteristics between the old car and the new-gen car are obviously very different, so if the aim is to get into the main game and the opportunity is there to run a ‘Car of the Future’, then getting into a ‘Car of the Future’ is the best way to develop a driver.”

BJR team owner Brad Jones echoed Rogers sentiment, explaining that the team’s transition to new-gen cars would assist in the role his Dunlop Series driver line-up plays during the PIRTEK Enduro Cup later in the year.

“For us, because Andrew and Macauley run as co-drivers in the main series, it would be better if they were to be driving similar cars to what they will be driving come the enduros,” Jones told v8supercars.com.au.

“And Josh, he is very keen to get into an enduro drive, so obviously it’s important for him.

“I think that obviously these cars are going to be the mainstay of the category in years to come, so we made the decision in December that we were building one new car anyway, we had another one on the way, so we’d ramp it up.”

With all three of the team’s new Dunlop Series cars having only retired from the V8 Supercars Championship last year, preparing them for their debut in the category – while the team also builds new cars for its Championship program – has proved to be a time-consuming task for the Albury-based outfit, with Macauley in the workshop everyday assembling his own race car before the season opener next month.

“The cars have been stripped and rebuilt into brand new cars for the Dunlop Series, so there’s been a lot of work to be done as they change over,” Jones said.

“Because we’re building a couple of new cars also, all the guys who normally work on the main series cars haven’t been able to come over to spend anytime with the mechanics on the Dunlop Series cars.

“We’ve been slowly piecing the cars back together and the guys that are working on them haven’t spent a lot of time on these cars, so it’s a long process.”