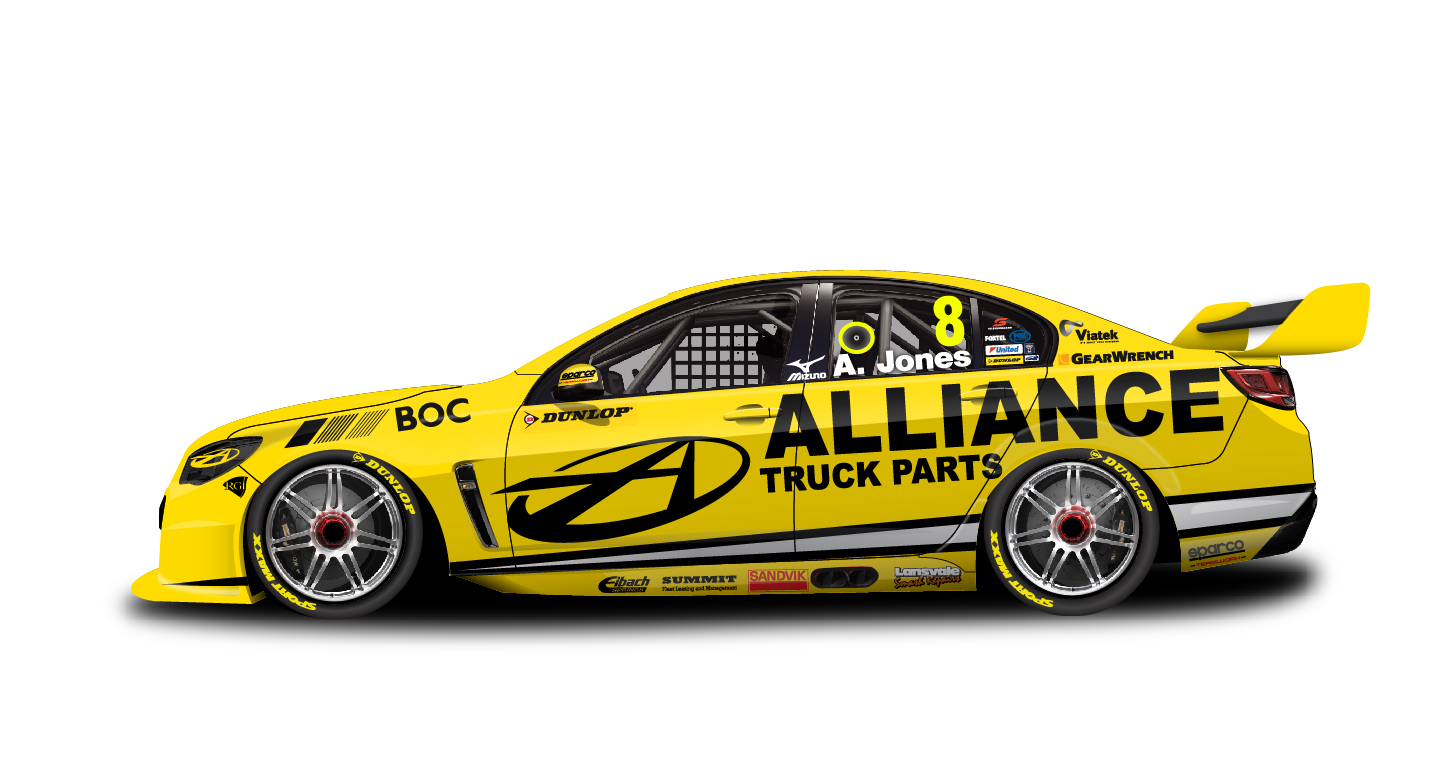 Alliance Truck Parts has renewed its naming-rights backing of Andrew Jones’ #8 Holden Commodore in the V8 Supercars Dunlop Series for 2016.

The truck parts supplier first joined Jones’ Dunlop Series campaign in 2014 for the inaugural Bathurst mini-enduro, before increasing their support of the Brad Jones Racing driver in 2015, taking over as naming-rights sponsor for the final two rounds of the season.

After a fourth place finish at Bathurst and a front row start at Sydney Olympic Park, Alliance has renewed its support of the former Dunlop Series Champion and will take to the track with another striking livery in 2016. 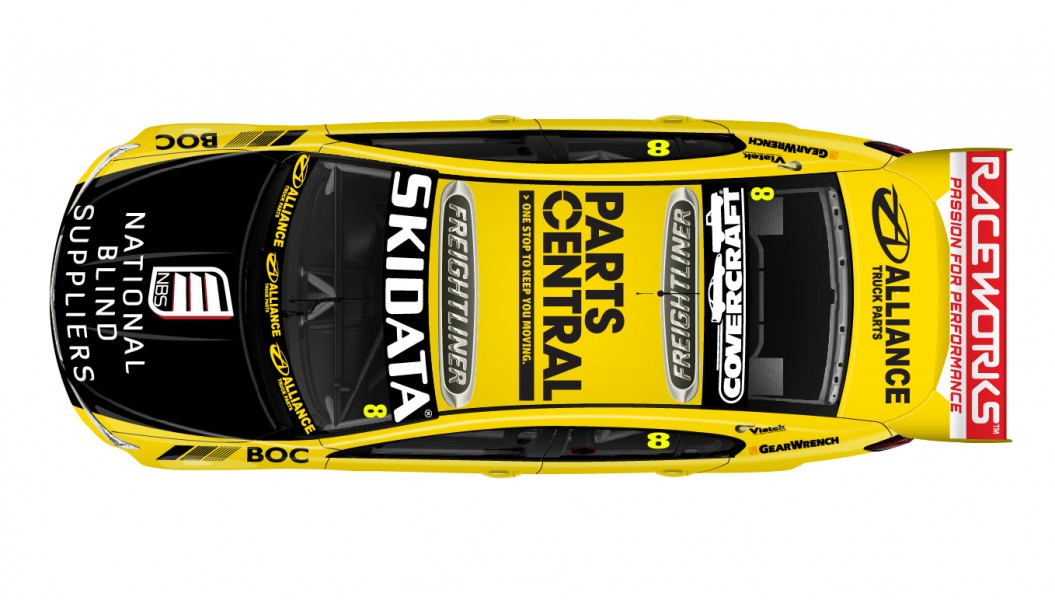 “We had brilliant feedback about this car when it debuted last year,” Jones said of the 2015 Alliance Holden Commodore.

“I was getting comments from Alliance Truck Parts staff and customers alike; not only here in Australia but from New Zealand and the US which was awesome.

“The car stood out and the response we received proved that.”

The eye-catching livery will adorn Jones’ new-generation Holden VF Commodore, as rules permit the ‘Car of the Future’ chassis to enter the category from this year.

With all three of BJR’s Dunlop Series cars upgrading to the new-generation chassis for 2016, the car reshuffle will see Jones steer ‘Brodie’ – the car built for Jason Bright that debuted at the 2014 Australian Grand Prix following his monster crash at the season-opener weeks earlier.

As Bright’s longstanding co-driver for the PIRTEK Enduro Cup, Jones is familiar with driving ‘Brodie’, which was retired from its Championship duties at the end of the 2015 season.

“Going into 2016 with the new gen car I know we are going to be super competitive,” Jones said.

“I’ve got some good experience with the car I’ll be racing this year, so to have those extra laps in the car already is really advantageous.

“As always, the competition in the Dunlop Series will be fierce; there are a lot of good drivers in the field.

“I look forward to getting the Alliance Truck Parts Commodore at the front of the field and keeping it there throughout the year.”

The resigning of Alliance follows last week’s announcement that Wynn’s will support BJR stablemate Josh Kean’s campaign of the series in 2016.

Andrew Jones  ›
2015 DVS Alphabet/Wynns ›
Stay In The Know
Sign up to the Virgin Australia Supercars Championship Newsletter
We use cookies to ensure that we give you the best experience on our website. If you continue to use this site we will assume that you are happy with it.Ok