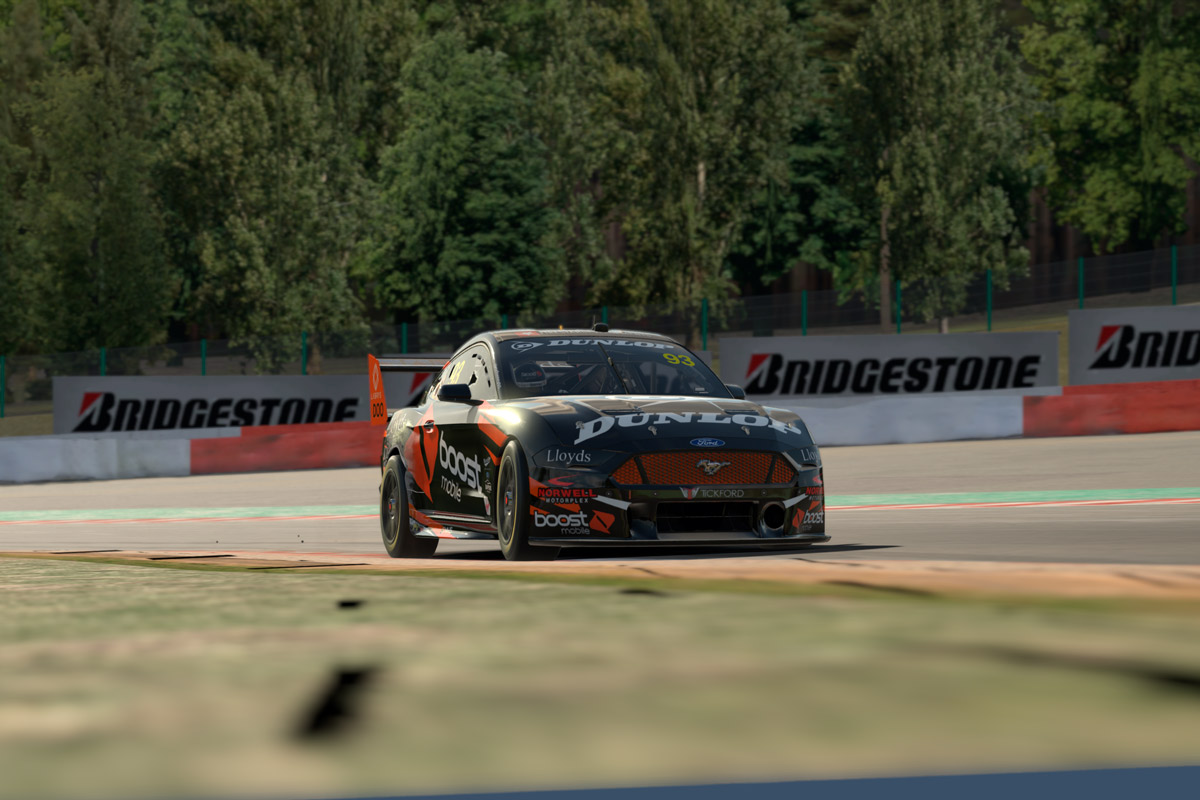 The 17-year-old Gold Coast schoolboy started the second race of the night, a reverse order grid start, from second position and avoided dramatic incidents throughout the race to claim victory in just his second race of the competition.

He becomes the first wildcard to win any race in the BP Eseries, bettering the efforts of the likes of Formula 1 star Max Verstappen, Indy500 winner Alexander Rossi and fellow Dunlop Super2 driver (and experienced iRacer) Brodie Kostecki – who all had a best-placed finish of second position in their appearances.

Feeney told commentary after the race that his iRacing computer crashed midway through the opening race of the night which is why he had to start from the front-row on the reverse grid.

“It was great, the first race didn’t go to plan, I went to join the grid and my iRacing crashed so that wasn’t very good,” Feeney said.

“It meant I got to start up the front on the reverse grid. Not exactly the race you want to win but you take them when you get these opportunities.

“It was great racing with Will [Davison, who finished second behind Feeney] so really excited.”

Feeney started from 10th position on the grid in the third and final virtual race of the night and finished in sixth place.

Fellow Dunlop Super2 driver Jayden Ojeda, who currently is the highest-ranked rookie in the second-tier category, also had a strong night on debut.

He upstaged his bigger names rivals to claim a spot in the ARMOR ALL Top 10 Shootout after qualifying and started the opening race from sixth position.