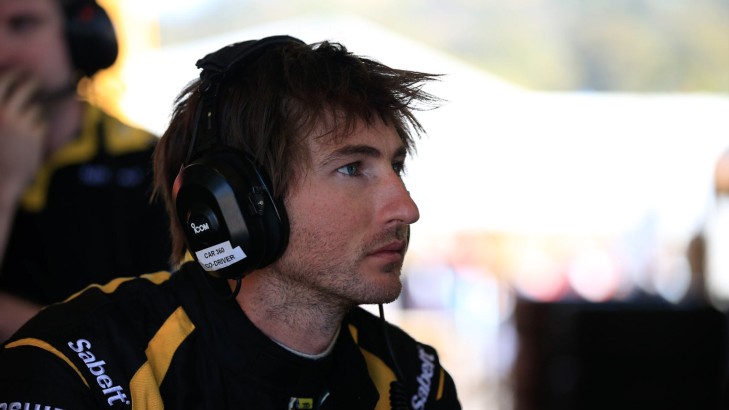 As he gears up for the third round of the V8 Supercars Dunlop Series at the NP300 Navara Winton SuperSprint this weekend, Taz Douglas is looking to repeat his top 10 race result from last year - but knows it could be tough in the close field.

The 30-year old contested three rounds in the category last year with Image Racing, but this time around he's committed to the full season, which sees him vie for the Series title as well as allowinghim to clock miles ahead of the PIRTEK Enduro Cup.

Given the competitiveness of the field, Douglas wouldn't be surprised to find himself outside the top 10when he rolls out his THR Developments Car for practice at 11am today.

But getting his VE2 Commodore up to speed is a challenge he enjoys.

"I actually really like trying to get the most out of the car, setting it up and changing things," Douglastold v8supercars.com.au.

"As strange as it sounds, when I'm 15th I'm not freaking out because we're trying out things on the car and it's hard work.

"So when you do go well, it's more of a reward than just rolling the car out of the truck with a great car, because that's easy.

"I know if I hopped in a car that was up the front, I can run up the front - that's no stress, I've done that before - but I feel I get more of a reward when I get my car going."

His Dunlop Series campaign helps prepare him for the upcoming PIRTEK Enduro Cup, which he will contest alongsideJames Moffat in the #99 Nissan Altimafor the thirdconsecutive year.

The duo had a successful endurance season in 2014, finishing second at the prestigious Supercheap Auto Bathurst 1000.

"Last year was exciting at Bathurst and if we can go there this year and go one better, I won't be able to believe it," he told v8supercars.com.au.

"And for Moff [James Moffat] - especially for Moff - I know how much it means to him and to be able to race there and get the result with a mate is extra special.

"Last night I actually thought to myself, for somebody like me in my position I'm pretty lucky to have gotten this drive in the last few years.

"I have no idea how I've ended up here. Even in Perth when I was doing practice with Nissan, I still look around and think 'How have I ended up here?'"

Douglas sits 16th in the Dunlop Series standings ahead of the NP300 Navara Winton SuperSprint and is aiming for a result aroundthe top five as he continues to develop his #45 entry.

"We can be around seventh, I think that's pretty realistic and where we want to be. If we are in the ten, we'd be really happy, but we want to be around sixth or seventh I think."

The Dunlop Series take to the track today for practice one at 11am, followed bypractice two at 2.05pm.

Hat-trick for Waters at Barbagallo