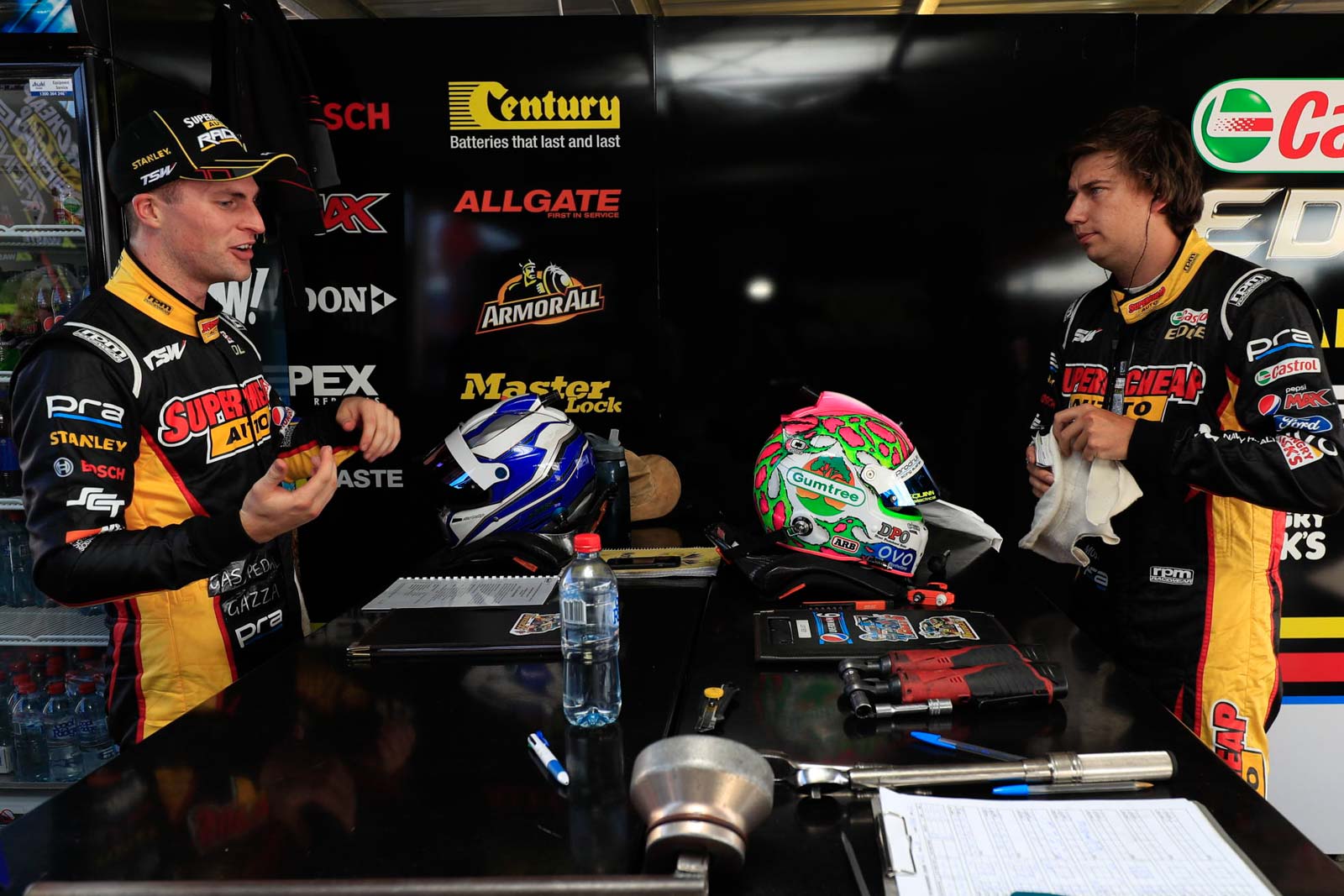 A taste of Chaz Mostert's main game Supercar at Queensland Raceway has encouraged Dunlop Series front-runner Garry Jacobson to focus on his future.

The opportunity for Jacobson arose unexpectedly when Prodrive team boss Tim Edwards offered him a seat for the additional drivers practice at the Coates Hire Ipswich SuperSprint, in the absence of Mostert’s main co-drive Steve Owen.

Jacobson was one of seven Dunlop Series drivers who stepped up to take part in the session and sits second in the points for the development category.

The 24-year-old appreciated the opportunity to sample the Supercar, which meant running soft tyres and trap springs for the first time.

“I think to be able to show I had good speed in a car I hadn’t done any laps in before, it was a good day for me to show what I’ve got,” Jacobson told Supercars.com.

“I learnt that it is everything I dreamt it to be in a main game facility.

“I want to be a part of it extra now because I’ve seen it, I’ve had a taste of it, and I want to do more of that now."

Jacobson emphasised the level of support all parties involved in the running of the car showed in helping him to get the most out of a session.

“You’ve got a lot of attention when you’re in a car in the main game facility.

“There are a lot of smart people around you helping you to get the most out of the session and I enjoyed every second of that.”

Jacobson finished eighth in the session, but said comparing lap times with his Dunlop Series rivals was not an indication of his ability.

“When people have different sets of tyres on and at different stages of the session, I don’t think it is too much to go off.

“The soft tyres have a lot more grip and rewards confidence in the car, you can break later and turn in with more speed, the trap springs help you have good consistency over bumps and things like that.

“I would love to put a set of soft tyres on my Dunlop Series car but I don’t think that’s allowed.

“It was a day to get settled in a car that I hadn’t been in before, get in a rhythm out on the track again, keep sharp and keep pushing myself.

“It is good just to keep sharp doing a few laps here, it all helps going into Sandown.”

The Dunlop Series will be back on-track at the Wilson Security Sandown 500, September 16-18.

Jacobson lost control of the Dunlop Series pointscore in Townsville last round to teammate Jack Le Brocq, but is confident he can steal back the lead and keep pressing for the title with three rounds remaining.

“We are working on getting the car back to the balance I had at the start of the year and making a few changes.

“If I wasn’t used of losing wins and getting wins I wouldn’t be here.

“It’s not going to fall in my lap it’s going to be a year of consistency and putting my best effort in each round.”