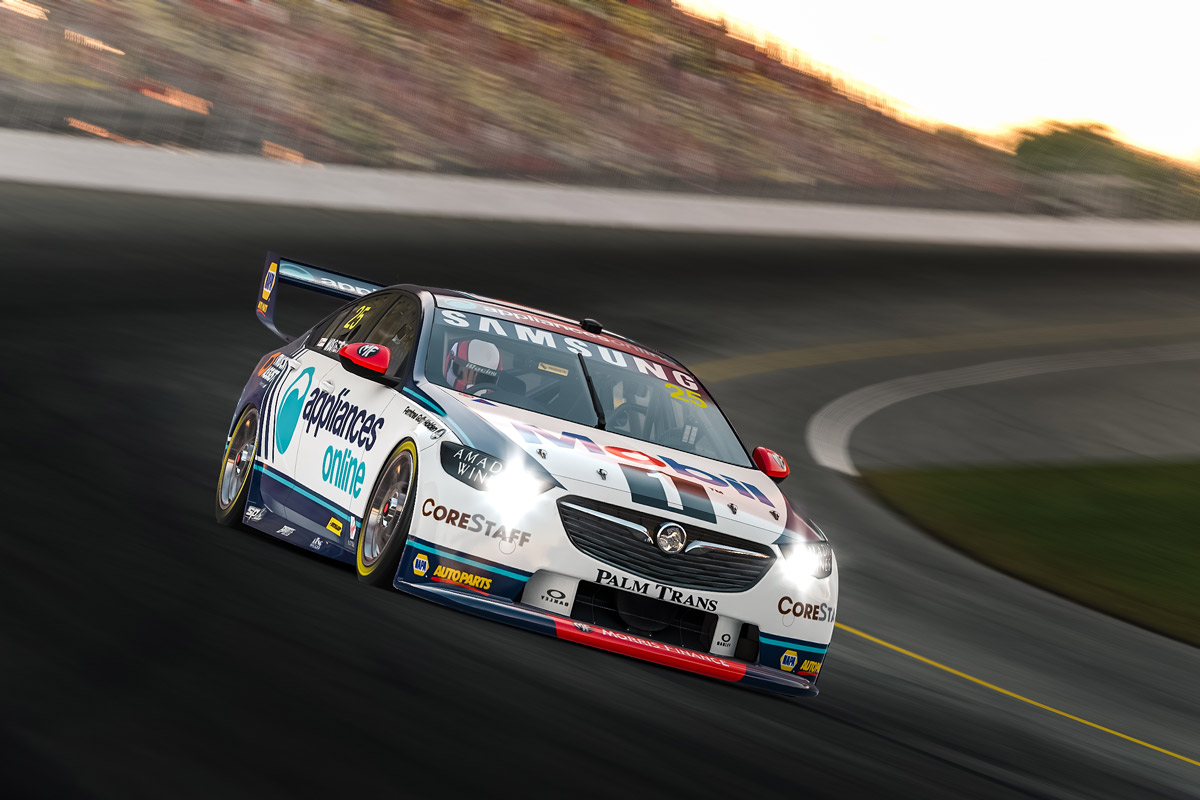 Shane van Gisbergen and Chaz Mostert have scored pole position for Duel 1 and Duel 2 at a virtual Michigan Oval in Round 9 of the BP Supercars All Stars Eseries.

The Red Bull Holden Racing Team driver was quick to jump to the top of the timesheets in the ARMOR ALL Qualifying session.

Mostert shot to second place late in the session and held onto that position meaning he will start from the front in the second duel race announced as part of the new qualifying format for this evening.

It’s his first event of the BP Eseries from his home on the Gold Coast, where he is quarantined following his return from New Zealand.

“Good to be back in Australia, pretty lucky to be able to quarantine at home,” van Gisbergen said.

“I’m all set up, it’s been a mad rush getting my sim going getting all the signage and learning how to do the Twitch thing.

“Had a bit of pressure on me to do well, a few people thought it was my cat!

“It’s been alright using the new sim, I’ve had to update a few things, I spent a fair bit of time in New Zealand getting used to that sim, but I’m all set up here and ready to go.

“Would’ve been nice to do a track with more than just two left handers but I reckon it’s going to be awesome.”