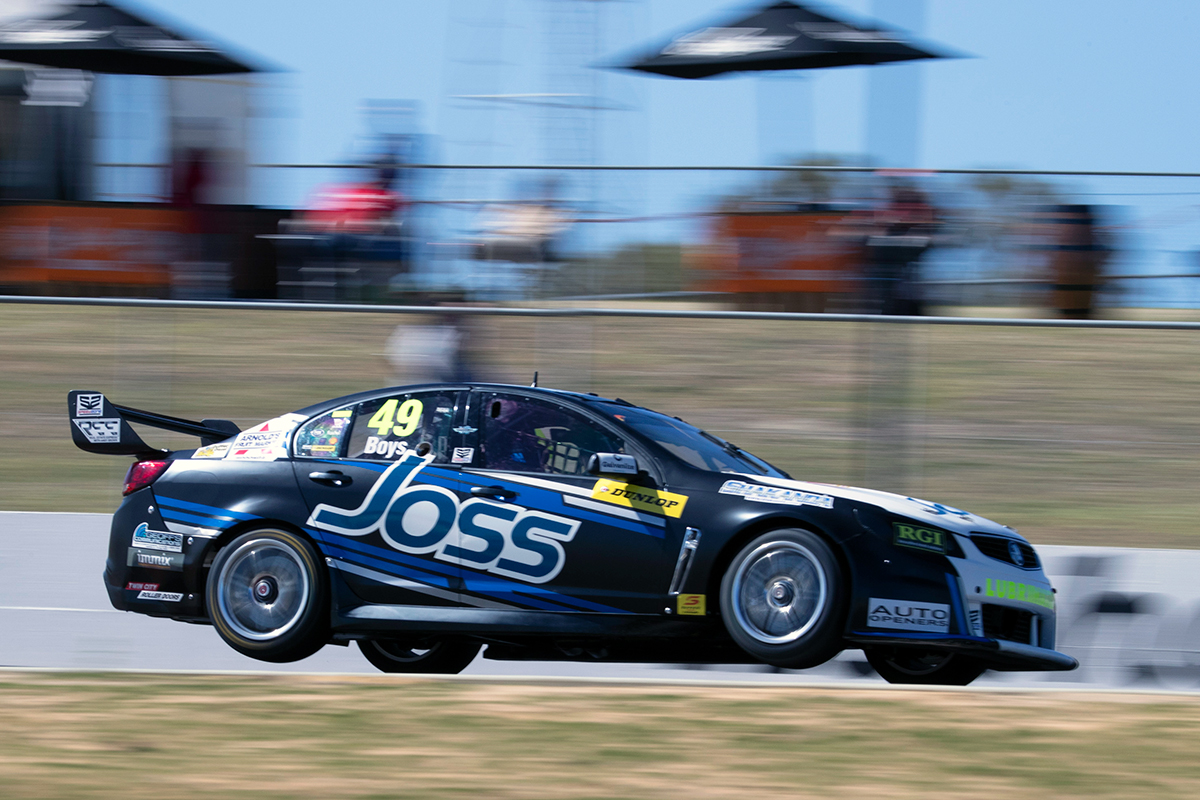 Dunlop Super2 Series driver Jordan Boys is revelling in a new association with Erebus Motorsport, which has included a pair of outings in Penrite Racing Commodores.

Boys is contesting his second full Super2 season with Image Racing, which formed a relationship with the Erebus Academy earlier this year.

That includes a Walkinshaw-built, ex-Erebus Commodore for Boys to race, accompanied by technical support.

The Albury youngster has also undertaken an evaluation day with the main game outfit, and drove David Reynolds' Commodore in the additional-driver session at Winton.

He finished 16th in the rain-hit practice, and says the Erebus association is helping his Super2 form despite sitting 15th in a mixed start.

"I definitely feel like we're in a strong position with the support we get from Erebus," Boys told Supercars.com.

"They've been awesome with it and it's really just up to me to start performing.

"During testing, they've really helped, just going with different stuff to try and lead us in new directions.

"Obviously over the race weekend it's a little bit harder, because generally the main series is on a soft tyre when we're on a harder tyre, but overall it has definitely helped.

"Even just having data from those main series guys and seeing where they're doing a better job than us is really handy.

"It shows where we're got to learn and every opportunity we get to look at that kind of thing is a huge advantage.

"Last year was a bit of a struggle with a lack of data and it has been a real help so far, and I think we'll just keep building and building." 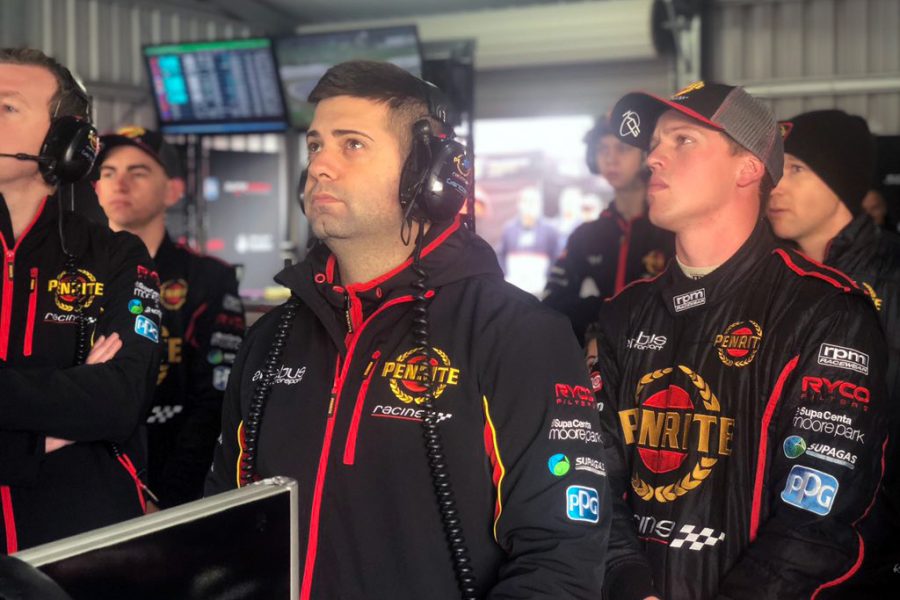 Boys, right, watches on with Penrite Racing at Winton

Boys' Image Racing team-mate Adam Marjoram is 12th in the Super2 points, in the ex-Erebus Commodore he also raced in 2018.

The 21-year-old Boys drove a Garry Rogers Motorsport-built Holden to 22nd in last year's points, and is finding his feet in the new package.

His best result of a troubled Adelaide opener was 11th, before recording finishes of ninth and 11th in Perth.

"I did need to find the confidence a little bit in the new chassis," he added.

"The more you drive a car the more you feel like it's yours, but definitely at the first round I still felt like I was driving someone else's car and didn't feel at home.

"At Perth I felt quite good in the car and especially heading to Townsville, being another street circuit, I'll be more comfortable in the car.

"I think confidence has built up now, but that was definitely a struggle at the start of the year.

"There's more to learn technique wise on my part, but I feel completely confident in the car now.

"I'm definitely happy with what we've done so far and I've just got to keep learning really."

The Dunlop Super2 Series continues at the Watpac Townsville 400 on July 5-7.