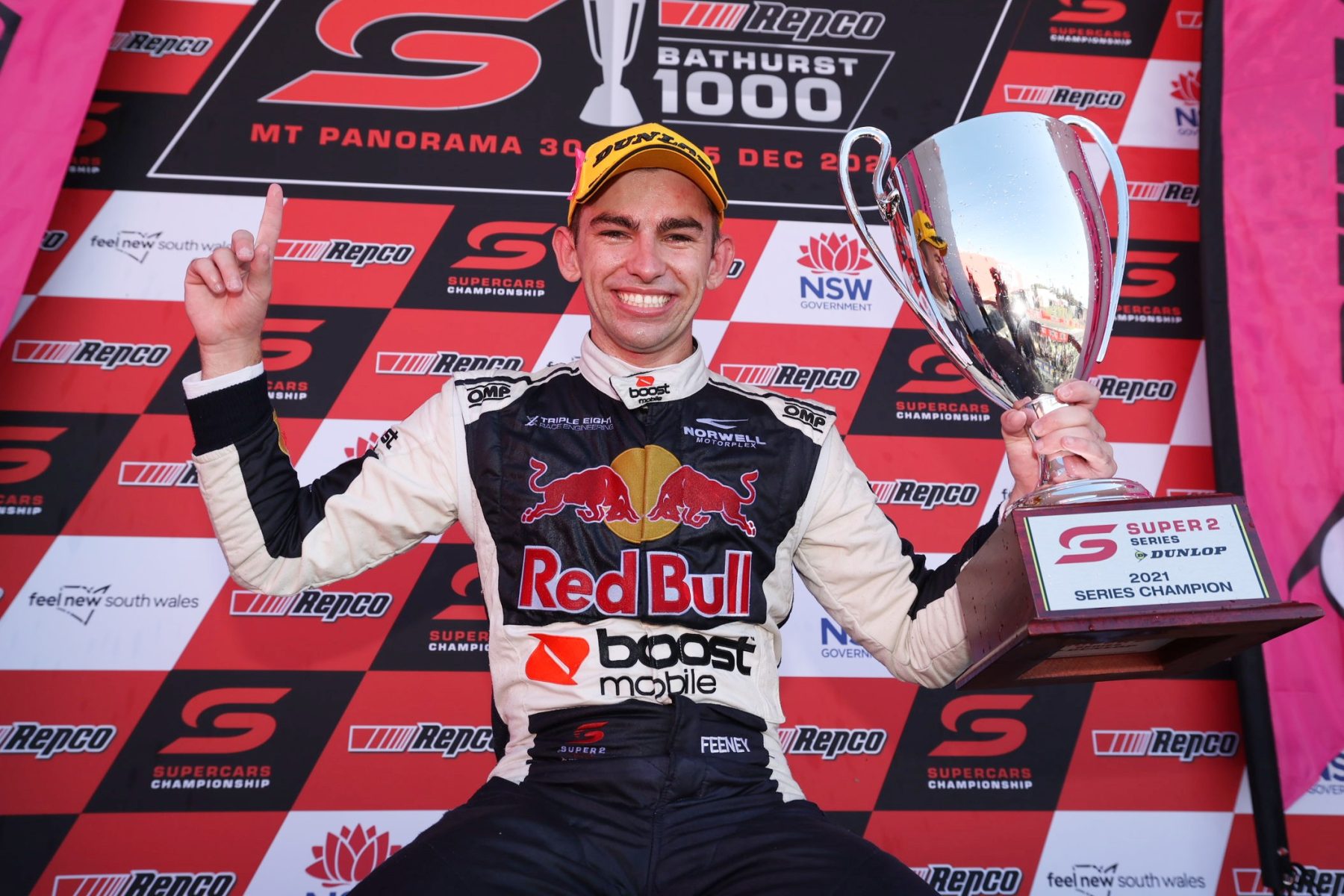 Feeney finished second behind Jordan Boys in an incident-filled Race 2 in Bathurst to become the youngest ever driver to win the Dunlop Series.

The 19-year-old will make his full-time debut in the 2022 Repco Supercars Championship.

"That's been my biggest thing, I said, if I win the championship, I think that I should be deserving to move up,” Feeney said.

"I felt like I wanted to go with a bang.

"I wanted to win that race, and I think that I showed that I had the pace to do that.

"I wanted to go out as a worthy champion, I'm not here to make up the numbers.

"I’m here to win races, and that was my whole goal this year to win as many races as I can to wrap up the championship.

"I know [Roland Dane] has been very good to me and given me a massive opportunity, and so have many people [around me] but hopefully this shows the people that doubted me that I'm here for a reason."

He put one hand on the title on Friday when he won the season opener.

He won Race 1 at Mount Panorama in February, before running rampant in the Townsville doubleheader.

"Oh man, it means the world to me,” Feeney said of the title win. 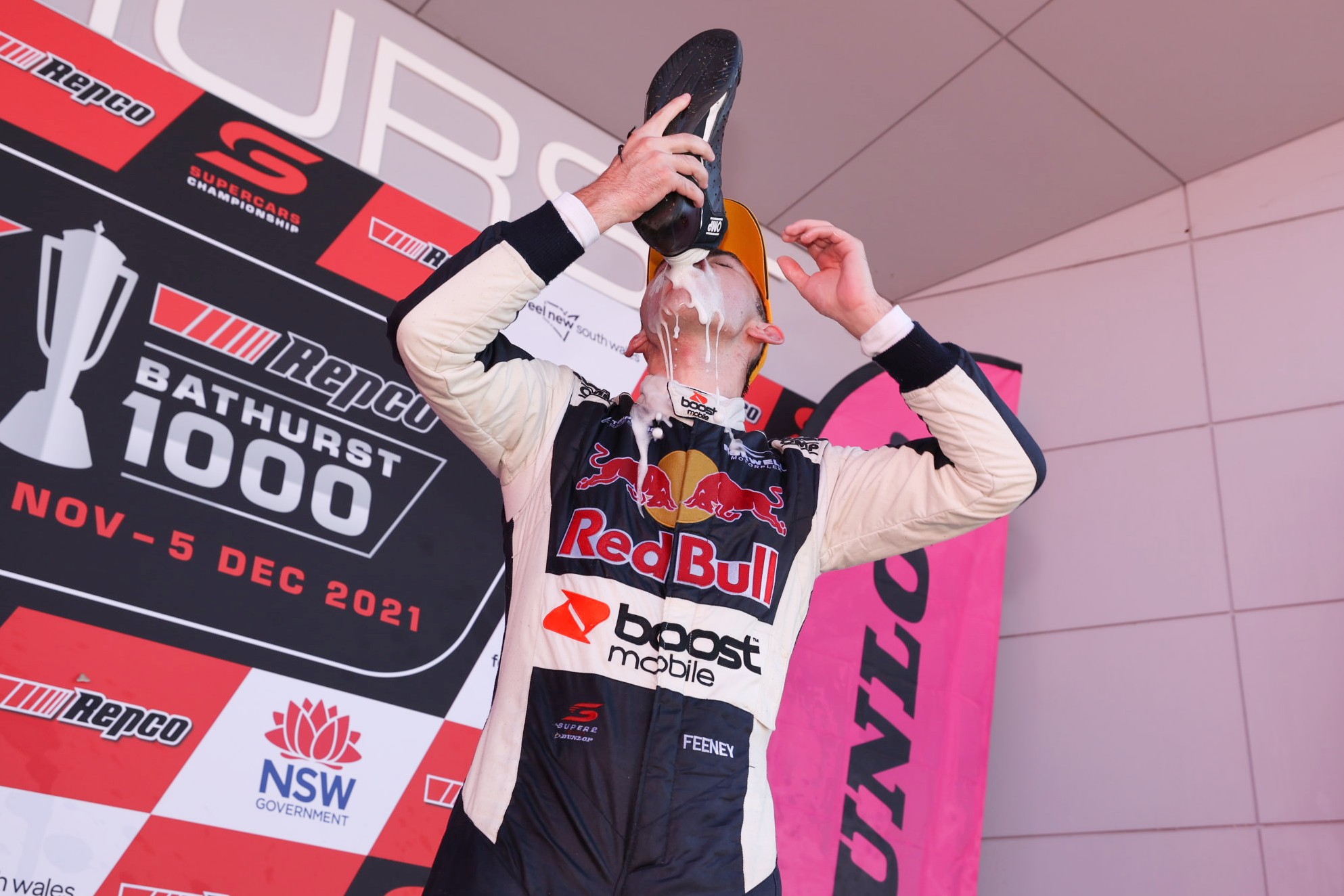 "It's been a crazy year, we've been very dominant, but it's still like down to the last race.

"It's been amazing, I've put so much effort in not only myself but everyone supporting me.

"We’ve put a massive effort in this year, and to be sitting here with these two trophies is pretty exciting."

Supercars will return to the track on Sunday for the Warm Up at 9:10am AEDT.

The Seven Network will provide live free to air coverage of the event.