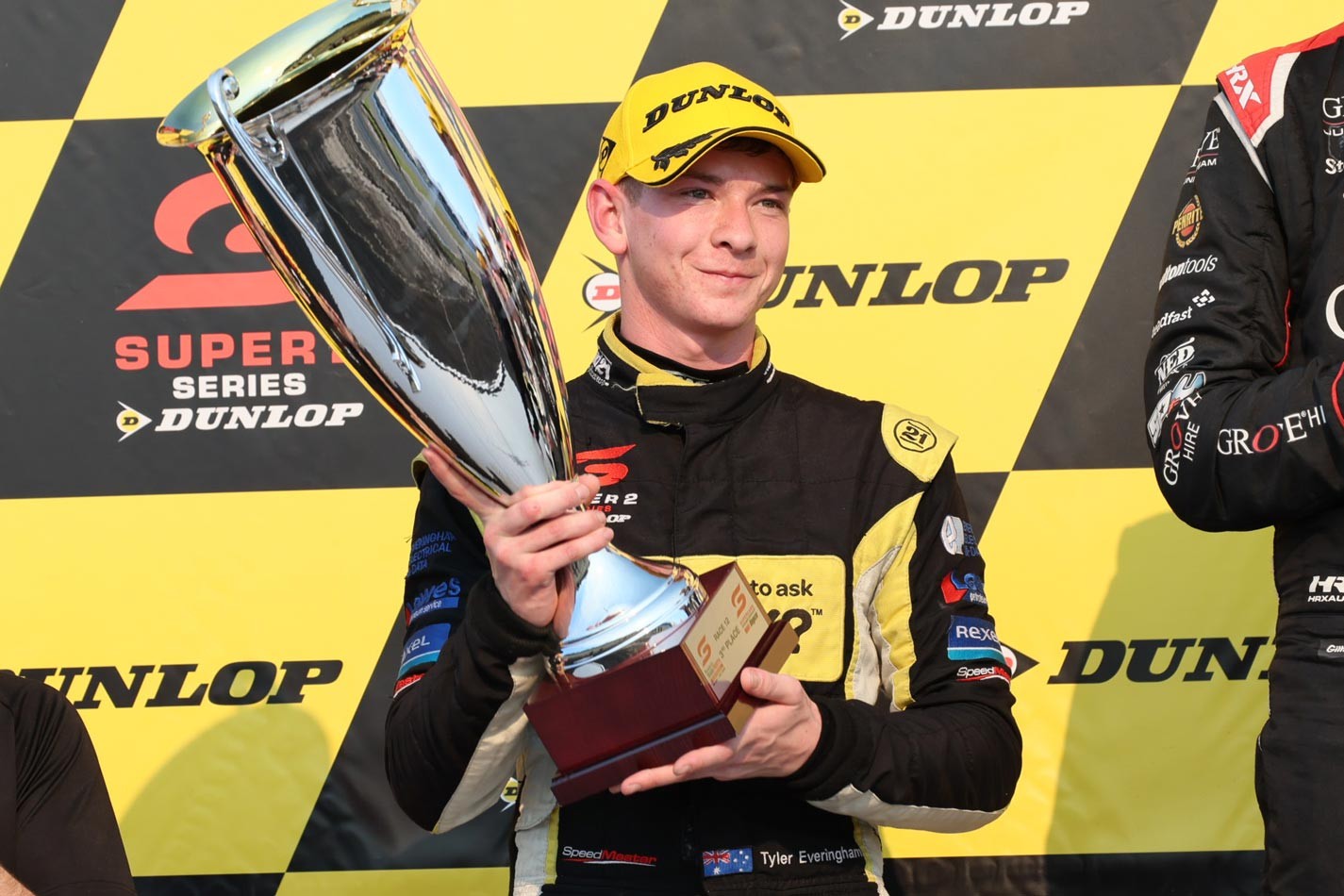 Everingham is one of five drivers in mathematical contention for this year’s Dunlop Super2 Series crown.

Everingham is 171 points down despite taking two race wins and two poles.

The 21-year-old has title-winning form, having won the 2018 V8 Touring Car Series.

However, a number of incidents have kept him from the top, notably crashing with Payne on the line in Townsville.

Everingham crossed the line in first at Sandown, but was penalised over clashing with a backmarker.

With the title in the offing, Everingham isn’t going to die wondering.

“I’ve had a bit of disappointment this year,” Everingham said.

“It’s good to jump back up there [in Bathurst].

“Adelaide being a street circuit, anything can happen.

“It’s just about being there [at the end]… it’s about putting the best result I can in.

“I’m just going for race wins at the moment.”

Everingham could have made even more ground, having claimed pole for the rained-out Bathurst finale.

Payne, Best, Hill and Fraser filled positions two through five for that race.

Despite crucial points going begging, Everingham acknowledged that safety was the priority that day.

“Would have been good to try and get some more racing laps,” he said.

“Safety is the main concern; I can sit here all I want and say I would’ve liked to race.

“But long as everyone is safe at the end of the day.”