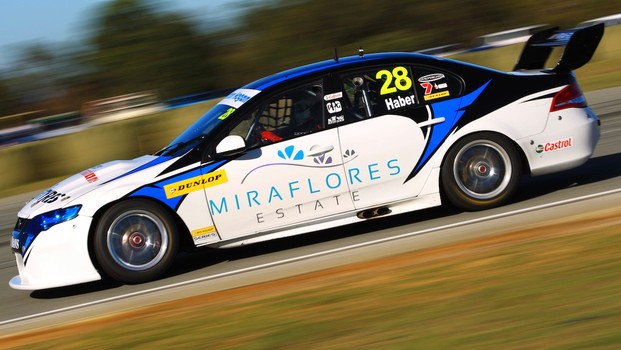 Dunlop Series V8 Supercars driver Morgan Haberwill be taking his Ford V8 Supercar through the streets of Mackay on Sunday topreview the Sucrogen Townsville 400, which will run July 5-7. The event marks the returnof the Dunlop Series, the third of seven runs on the series’ calendar.

Sunday’s show will be the first time a V8Supercar has run on the Mackay streets. So it’s only fitting Haber – currentlycompeting in the V8 Supercar Dunlop Series under the Matthew White Racing Teamumbrella – steers through his hometown.

“To drive my V8 Supercar on the roadswhere I learnt to drive and in front of my family and friends will be simplyincredible,” Haber said.

Haber Racing has been working with theMackay Police, Mackay Regional Council and the Department of Main Roads on thedemonstration and together bring a unique and fantastic show to the Mackayregion.

The Mackay Police and Haber Racing willbe advocating to “keep speed off the streets” and accordingly, the run will bedone under Police escort and in a controlled speed restriction zone.

Haber will start at the Sydney Streetentrance to the Forgan Smith Bridge and run through to the Sams Road/HarbourRoad Intersection near the Kooyong Hotel.

Following the run across the bridge,Haber’s V8 Supercar will go on display at Bluewater Quay.

The community is invited to come down,see the run at 10am, meet Haber and get a close up look at the car. The Falconwill be on display alongside two other V8 Supercars – the Sherrin Rentals cardriven by Steve Owen and the GB Galvanising car driven by Dale Wood in theDunlop Series.

Plenty of spectator access will beavailable on the Eastern side of the road, which is where the current footpathruns along the bridge and Barnes Creek Road. This roadway will be shut for nolonger than 20 minutes and organisers ask for people not attending thepromotion to seek an alternative route as there will be minor delays.

The event is tipped to be Mackay’s biggestV8 Supercar promotion. There will be one lucky Mackay resident receiving aunique experience and two double passes to the Sucrogen Townsville 400 will bewon. “Like” Morgan Haber on Facebook for all the information on how to enter.

04/05/2013
Related Content
2013 Sucrogen Townsville 400  ›
Stay In The Know
Sign up to the Virgin Australia Supercars Championship Newsletter
We use cookies to ensure that we give you the best experience on our website. If you continue to use this site we will assume that you are happy with it.Ok