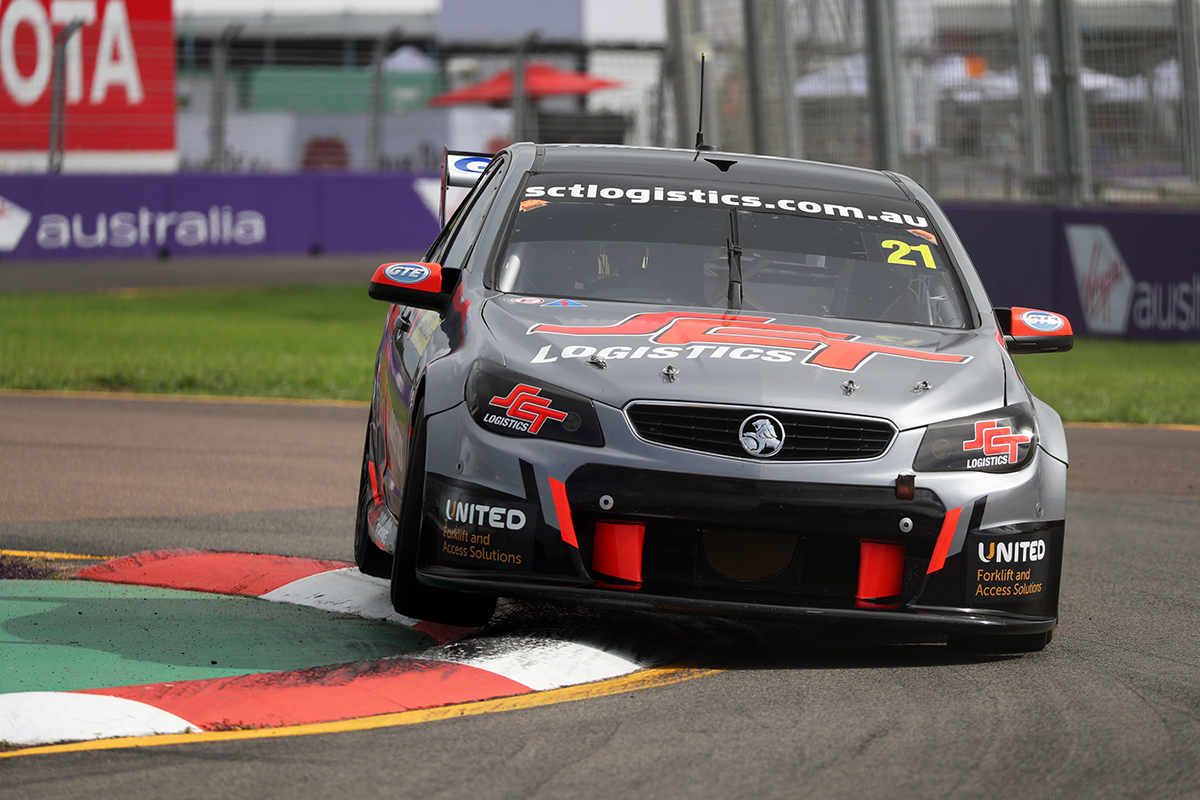 Jack Smith set the pace in Friday practice for Round 3 of the 2019 Dunlop Super2 Series at the Watpac Townsville 400, just ahead of Thomas Randle.

The Brad Jones Racing driver turned a 1:14.5049s with just over one minute remaining in the second of two 40-minute practice sessions, to lead the 18-car field.

Randle was atop the order towards the end of Practice 2 with a 1:14.5877s lap, but was displaced by the late effort from Smith.

The 19-year-old Smith has made a pair of Supercars wildcard appearances since the last Super2 round at Barbagallo Wanneroo Raceway in May.

Image Racing's Adam Marjoram also spent time at the top and was ultimately third in the combined order, 0.2642s adrift.

Brenton Grove rounded out the top five for the day, ahead of rookie driver Dylan O'Keeffe and his Garry Rogers Motorsport team-mate Mason Barbera

Jake Kostecki was eighth, followed by his brother Kurt Kostecki, while Tyler Everingham was the fastest MW Motorsport driver in 10th.

Triple Eight's Kurt Kostecki set the pace in Practice 1, which was interrupted by a rain shower that meant drivers sat out the final six minutes.

Ash Walsh, the round winner last time out in Perth, and Super2 points leader Bryce Fullwood were only 11th and 13th on the day's order.

Matt Stone Racing's Walsh spent the majority of Practice 2 at the top of the order but did not improve late.

Fullwood's lap to be second in the morning was ultimately his best of the day.

Perth race winner Will Brown and Fullwood's closest challenger in the championship Zane Goddard finished the day 14th and 15th.

Supercars enduro regular Jack Perkins, making his first appearance in the second-tier class since 2017, was 16th for Eggleston Motorsport.

The on-track action continues Saturday morning with ARMOR ALL Qualifying at 9:25am local time, followed by the opening race at 1:45pm.