Broc Feeney has taken a step towards a fourth win of the Dunlop Super2 Series season with pole in Townsville.

Feeney was again a class above at the Reid Park Street Circuit, with the Triple Eight Race Engineering teenager clocking a pole-winning 1:14.389s with just over a minute remaining.

It marked Feeney's third ARMOR ALL Pole Position from five attempts in 2021, adding to his Townsville double last week.

He became the first driver since Thomas Randle last year to record three straight poles, and first by a Triple Eight driver since Andrew Thompson in 2011.

Both Randle and Thompson went on to win the title in their respective seasons.

Feeney set the early running in the 10-minute session with a 1:15.085s ahead of MW Motorsport duo Tyler Everingham and Declan Fraser.

With two minutes remaining, Jayden Ojeda fired in a 1:14.596s to lead the times ahead of Aaron Seton, who topped the earlier practice session. 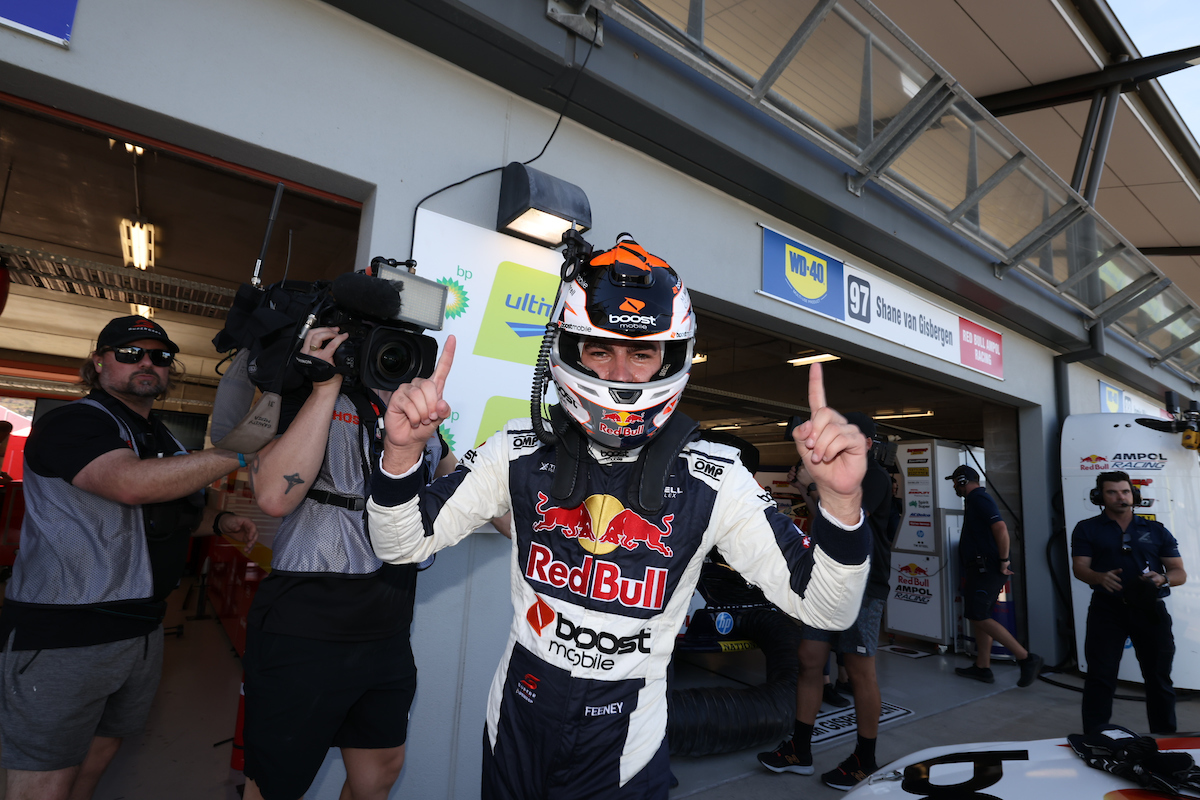 With just over 70 seconds left, Feeney trailed Triple Eight teammate Angelo Mouzouris to the line and returned to P1.

Paul Dumbrell's streak of five in 2002, the year Feeney was born, remains the benchmark.

"To be honest, my radio stopped in that one so I had no idea,” Feeney said.

"I thought the first lap was pretty good, I was pretty excited with the time and pushed on for the next two, but I had no idea what was going on, to be honest.

"When I saw this sign [pole] out the front of my garage... I'm so excited.

"Three in a row for this amazing team, cannot thank them enough, and man, I'm so excited to be back and go racing again this afternoon."