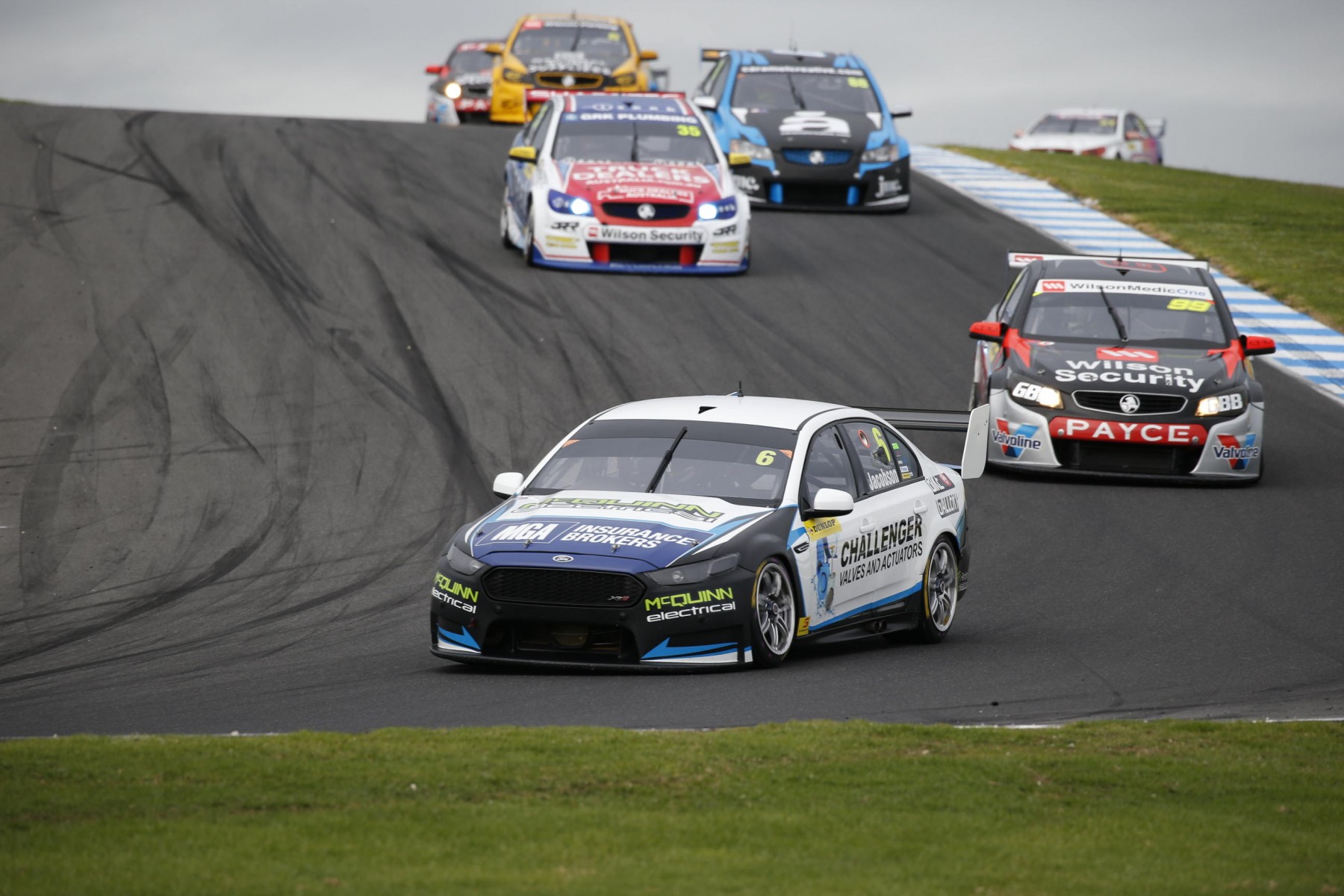 The Prodrive racer started from second on the grid and got the jump when teammate Jack Le Brocq stalled on the startline and was swamped by the field.

As Jacobson built a lead up front – up to 1.458sec ahead on the second lap – Le Brocq climbed through the pack, on a charge in his Falcon FG X.

Macauley Jones spun after running in seventh, and Shae Davies had a big moment at Siberia, running off the track and through the kitty litter.

The field bunched up and after a lap eight restart, Le Brocq was up in sixth position before a big off at turn four on lap 12.

Jacobson sailed out to a 1.94sec lead while Le Brocq came home tenth, surely ruing the chance to chip into his teammate’s points lead.

Todd Hazelwood and Andrew Jones completed the top five, and Josh Kean earned a top 10 – though his car then stopped on the circuit post-race.