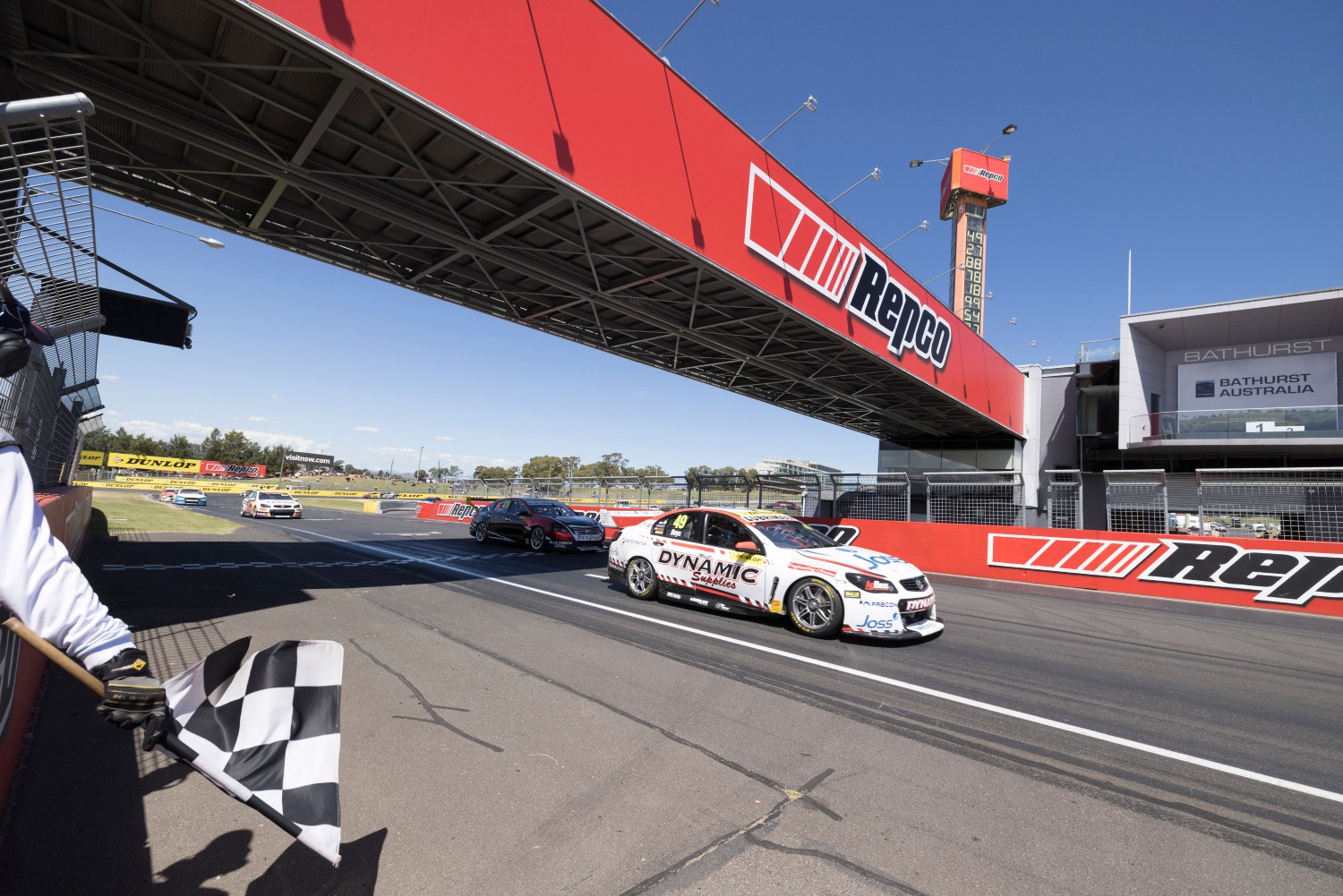 When Dunlop Super2 and Super3 drivers roll out for first practice on Friday at the NTI Townsville 500, 131 days will have passed since cars crossed the line in Bathurst.

With May’s Winton SuperSprint postponed, development series drivers have had to wait over four months for action.

This weekend also marks the first time since 2019 that the Super2 Series will tackle Townsville's Reid Park Street Circuit.

The weekend also comes after the news Ford Mustangs and Holden Commodore ZBs will feature on the 2023 grid.

The 2021 season loomed as one of the most anticipated in Super2 history, with a blockbuster field of young guns set to fight it out for the title. 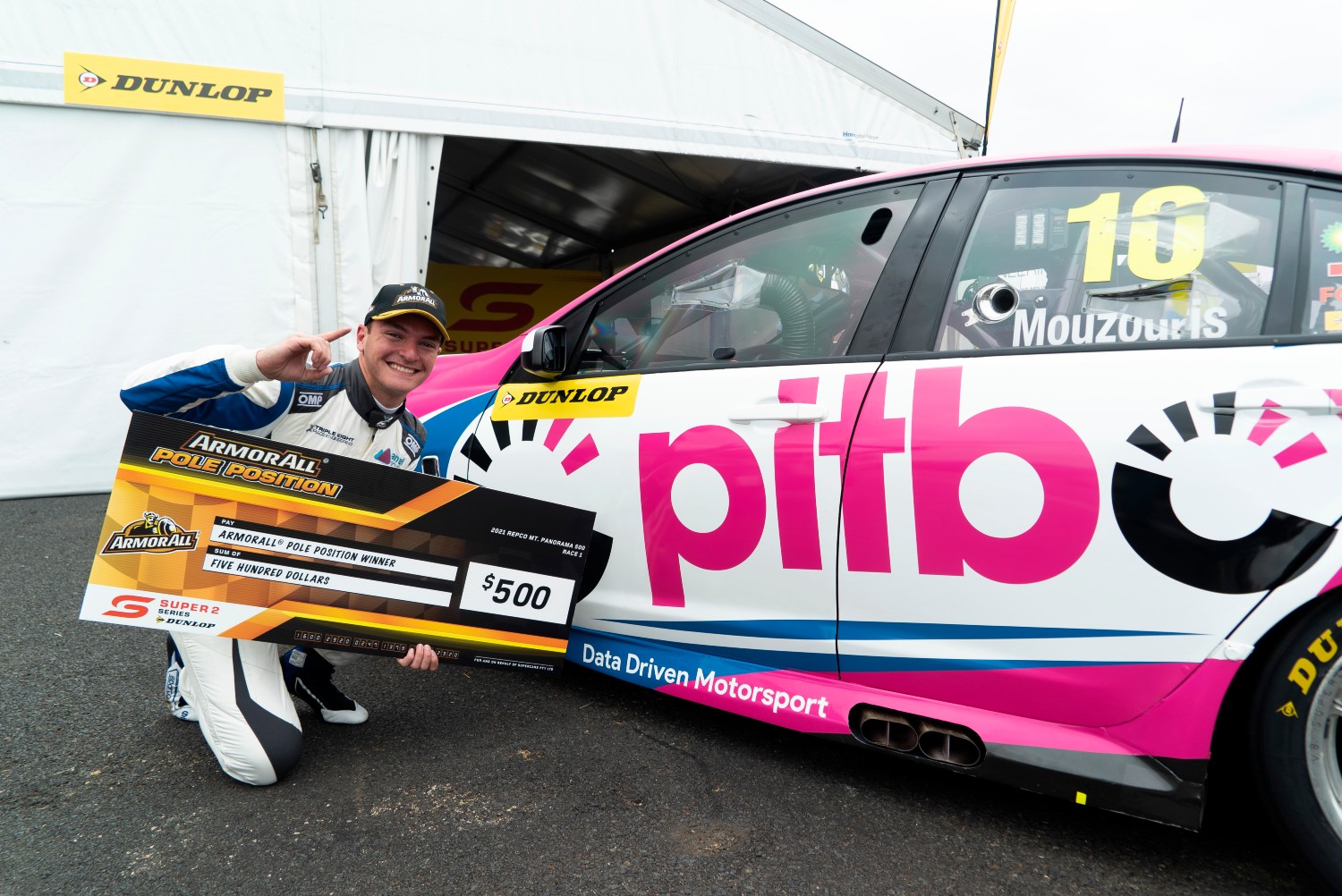 The first qualifying session featured another surprise, with Angelo Mouzouris ousting Broc Feeney to claim the first pole of the season.

It would be Feeney, however, who would open his Super2 account with victory in the first race of the season.

A forceful overtake at Turn 1 was key to Feeney's success, with the teenager pressuring Triple Eight teammate Mouzouris from the start.

After Mouzouris defied Feeney, the latter made his move stick at Turn 1 on lap 4.

It came after Mouzouris straight-lined the run-off at Skyline heading towards the Dipper on lap 2.

Feeney crossed the line three second ahead of his teammate, with Boys third. 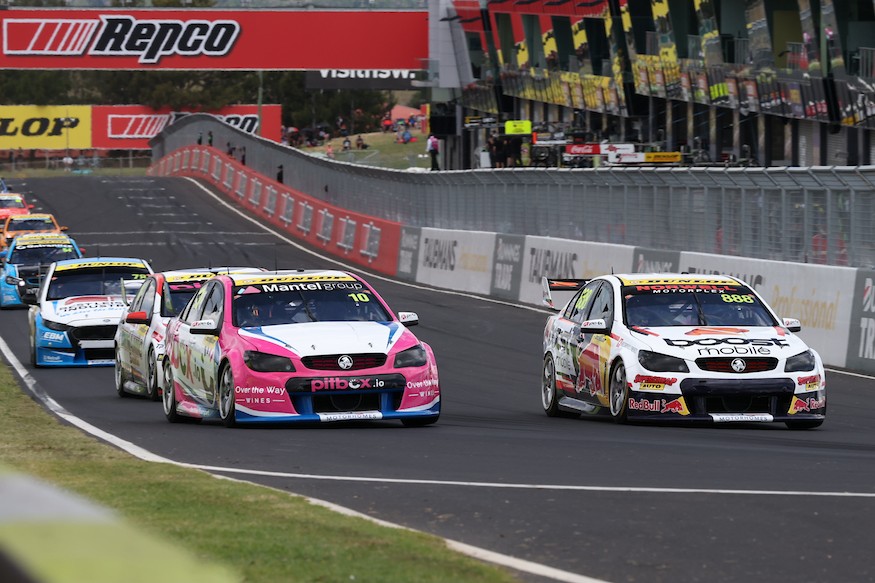 Feeney clears Mouzouris for the lead

"It was great, what a way to start the championship.

"The car looks unreal, I look so comfortable in it, and I think that's what's making us go fast.

"I don't have to push literally as hard as I can, I just make sure I hit my marks, and I ended up with my first race win, and Triple Eight's first win in Super2."

Ojeda kept the weekend of firsts rolling on with a maiden pole for Race 2, which was won on the day by Boys.

It was a race for the ages, with Boys holding out Tyler Everingham to claim his first Dunlop Series victory since the 2019 Newcastle finale.

The race was neutralised on lap 8 after Nash Morris buried his car in the sand at Murray's Corner.

At the time of the full course yellow, Boys was just 0.4s ahead of Everingham, with Ojeda also within a second.

From there, the drama began; Ojeda attempted a move on the outside of Everingham on lap 10, and was pushed wide by Feeney. 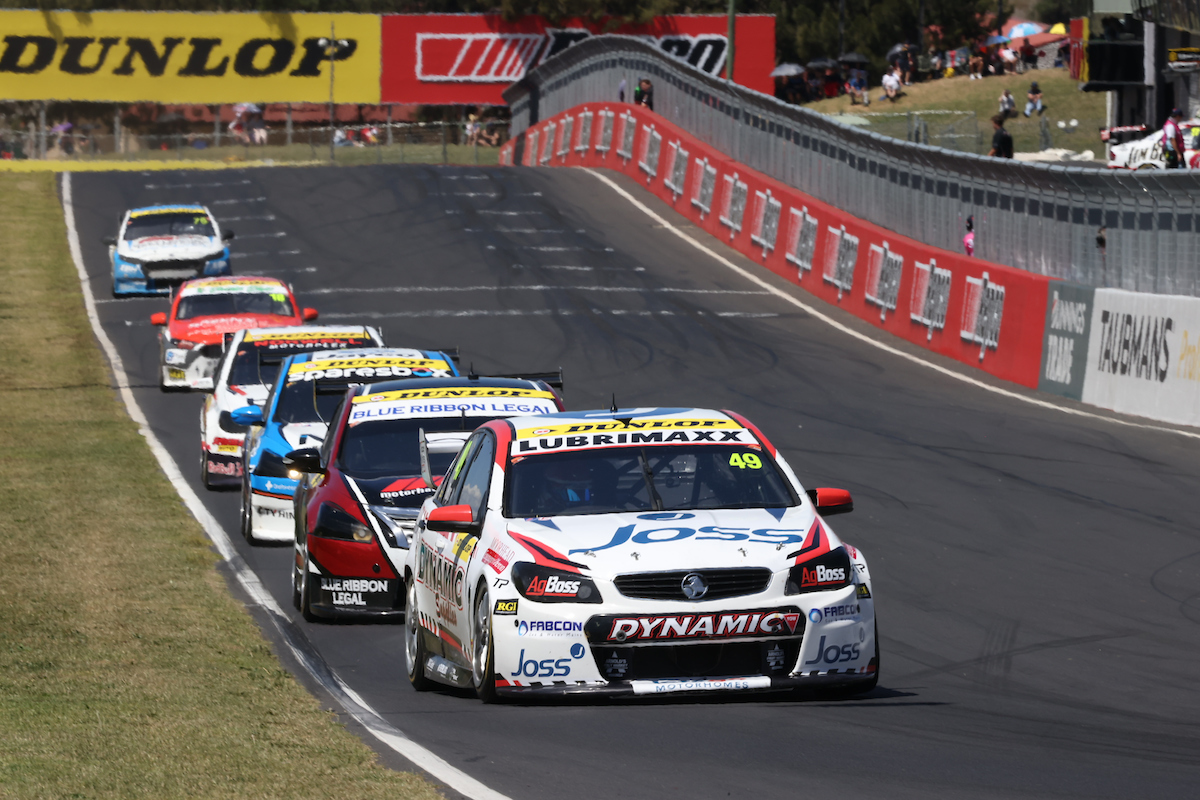 Feeney crossed the line third but was later penalised for the incident, with Ojeda dropping to seventh in the melee.

Everingham crossed the line just 0.2s behind Boys, having failed to start the Saturday race.

The top five runners were covered by just 1.8s, with rookie Matthew McLean and Declan Fraser finishing behind Jaylyn Robotham.

Boys and Feeney registered 279 points each for the weekend, with the former winning the round on a countback by virtue of his Sunday win. 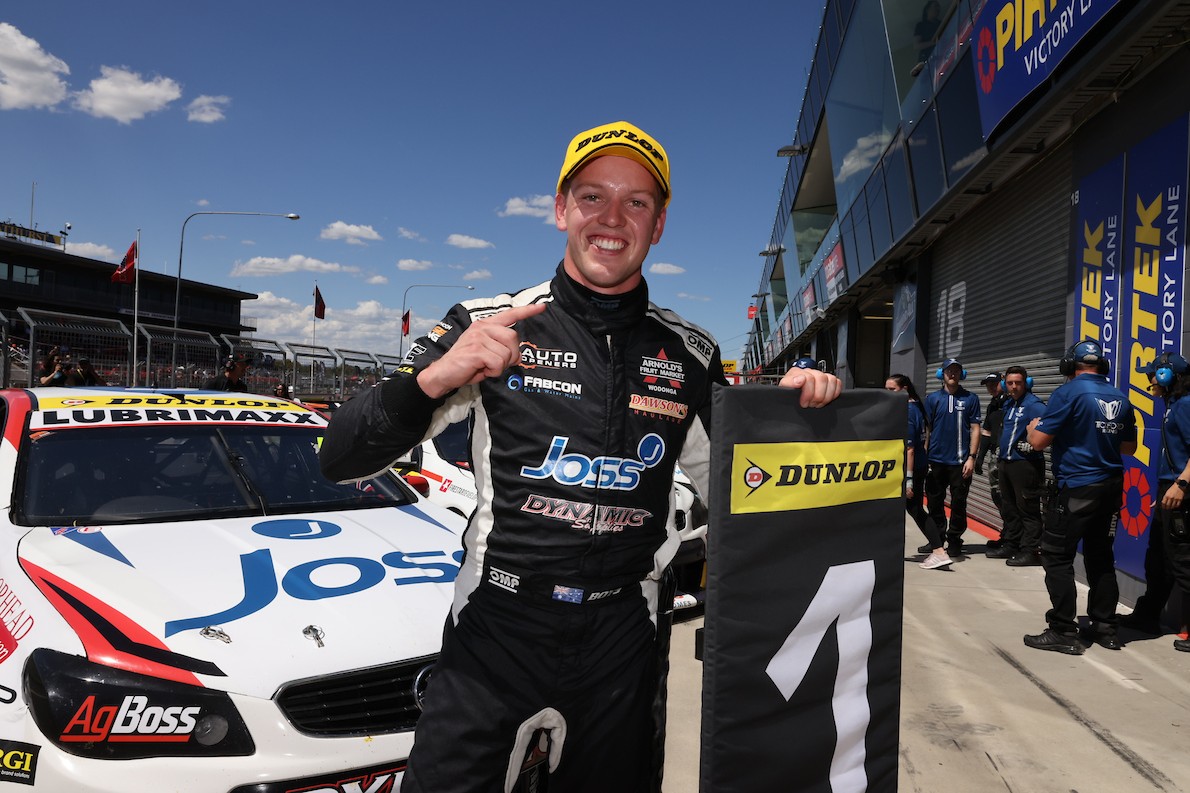 The drama didn't end there; in the weeks after the Bathurst weekend, a post-event technical check found that the Walkinshaw Racing-built engine in Boys’ car exceeded the accumulated engine power number (AEP) by a factor which yielded a performance advantage.

Boys was disqualified from the Race 2 results, handing the win to Everingham and the series lead to Best.

Ahead of the Winton round, Boys admitted his disappointment in the outcome, but remained confident he could still win the 2021 title.

“It was heartbreaking… it was really tough,” he told Supercars.com.

“The team was really good in as much as keeping me up to date with it.

“Also not making me involved in every part so I wasn’t stressing every single day about it, it was what it was.

“The team and I are as close as ever, and we’ve been working through it really well." 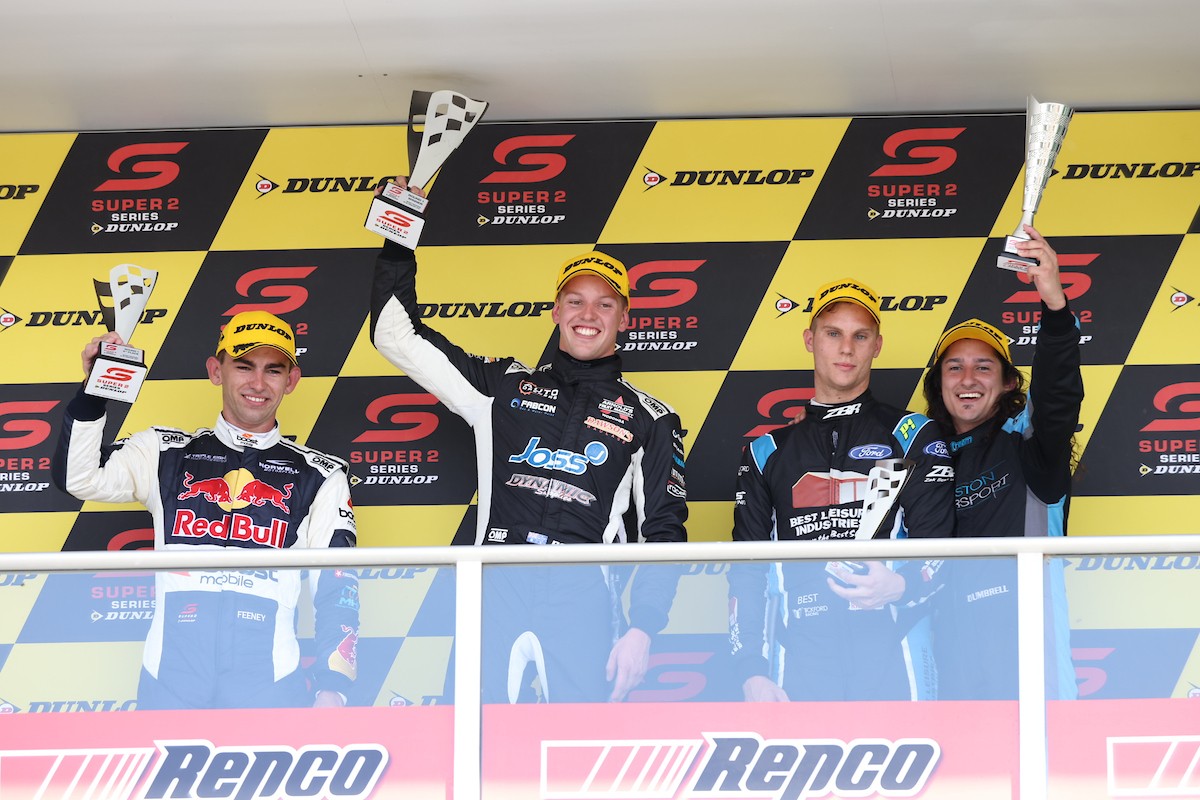 It was an even stranger outcome for Best, who arrives in Townsville as the series leader.

“To have the orange number on the car is a great achievement,” Best told Supercars.com.

“It’s a good way to start the year, and any championship.

“Funny how it happened though, finished the round third and come back leading the round.”

Cars will roll out for Practice 1 on Friday at 9:55am AEST.