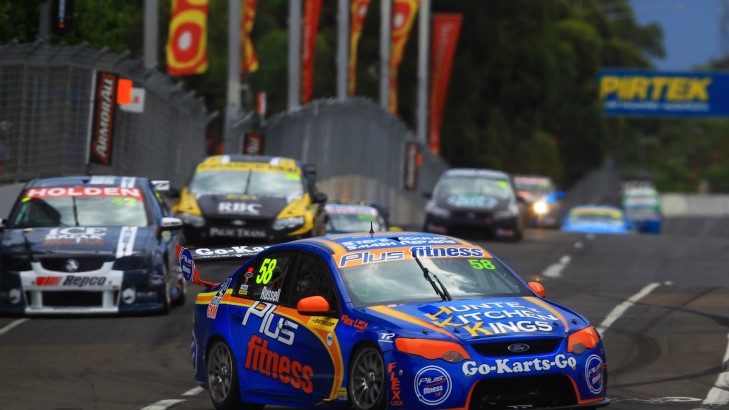 Novocastrian Motorsport's Aaren Russell will look to build on a breakthrough 2014 when he tackles the 2015 V8 Supercars Dunlop Series with renewed backing from Plus Fitness.

Russell claimed his maiden Dunlop Series podiums en-route to a career-best seventh in the 2014 standings, and welcomed the growing chain of fitness franchisees as his major sponsor for the final two events.

The successful partnership included second in the season finale, and will continue in 2015 with Russell's Plus Fitness Falcon to again be based with Paul Morris Motorsports in Queensland.

"I'm proud of what our little team was able to achieve in 2014, especially taking my first V8 Supercars Dunlop Series podiums. Naturally, we want to build on that and make this year even better," Russell said.

"Our new partnership with Plus Fitness was another major highlight. It was fantastic to introduce a new sponsor to the sport and their enthusiasm and professional made it an absolute pleasure, so we're excited about representing them again in 2015."

Visiting the same circuits as 2014, the seven-round calendar starts in Adelaide next weekend, features another 250km endurance race at Bathurst and concludes in Sydney in December.

The Homebush street circuit was the scene of Russell's best-ever weekend in the class in 2014, finishing third in Saturday's opening race and second in Sunday's finale. It capped a strong finish to the season after a troubled first half.

With third at Queensland Raceway, sixth at Bathurst and second in Sydney, Russell's 699 points from the final three events was only bettered by 2012 Supercheap Auto Bathurst 1000 winner and eventual champion Paul Dumbrell (1041) and runner-up Cameron Waters (741). The results saw the 23-year-old rise from 12th to seventh in the standings. 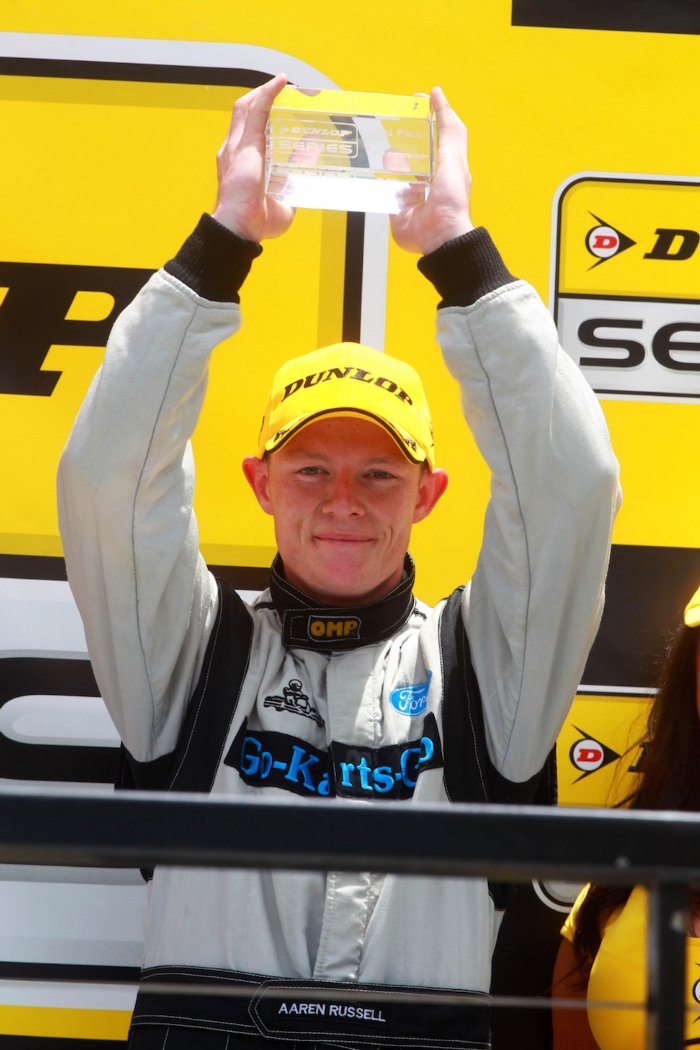 "We didn't start the 2014 season the way we would've liked, but we finished the year with a lot of momentum," Russell said.

"The podiums showed what we're capable of, and have made me even hungrier to be up there, week-in, week-out. Like every team and driver in the field, we've worked hard over the break identifying where we can improve, and continuing our partnership with Paul Morris and his team will only be beneficial.

"We know the ingredients are in place for a successful season, I can't wait to get out there and show what we can do."

Aaren Russell  ›
Stay In The Know
Sign up to the Virgin Australia Supercars Championship Newsletter
We use cookies to ensure that we give you the best experience on our website. If you continue to use this site we will assume that you are happy with it.Ok