Alex Rullo held off team-mate Dean Fiore to claim a maiden victory in the first race for Round 3 of the 2018 Dunlop Super2 Series at Barbagallo.

The Matt White Motorsport driver led from start-to-finish, making the most of his ARMOR ALL Pole Position.

Paul Dumbrell gave chase early, before falling off the road at Turn 7 on lap nine while under pressure from Fiore, who had earlier overtaken Brodie Kostecki.

Dumbrell dropped to 14th and remained there for the duration, while Rullo sailed on to a 2.6s victory. 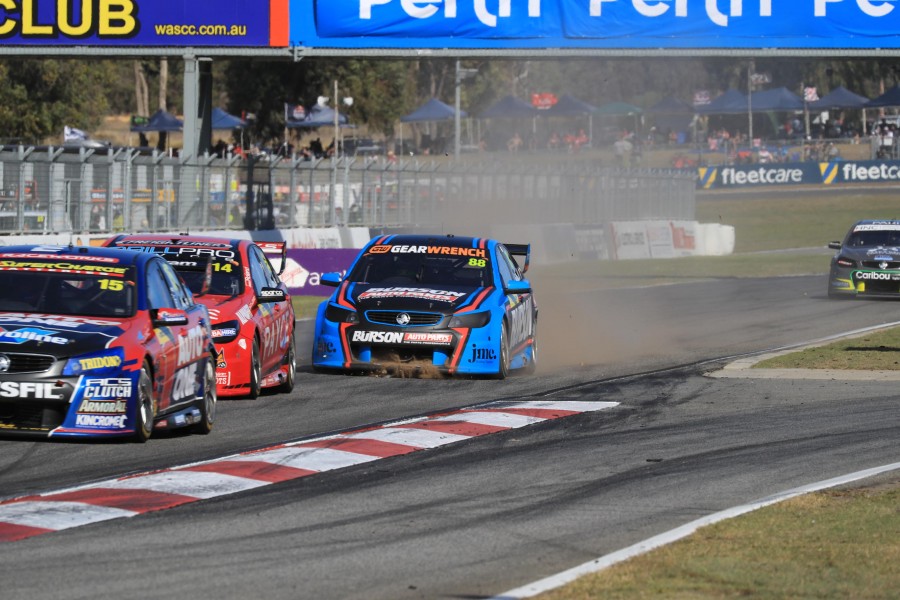 Garry Jacobson struggled in the MW Motorsport Altima, finishing the race 12th while his team-mates occupied the top two places.

02/05/2018
Stay In The Know
Sign up to the Repco Supercars Championship Newsletter
We use cookies to ensure that we give you the best experience on our website. If you continue to use this site we will assume that you are happy with it.Ok