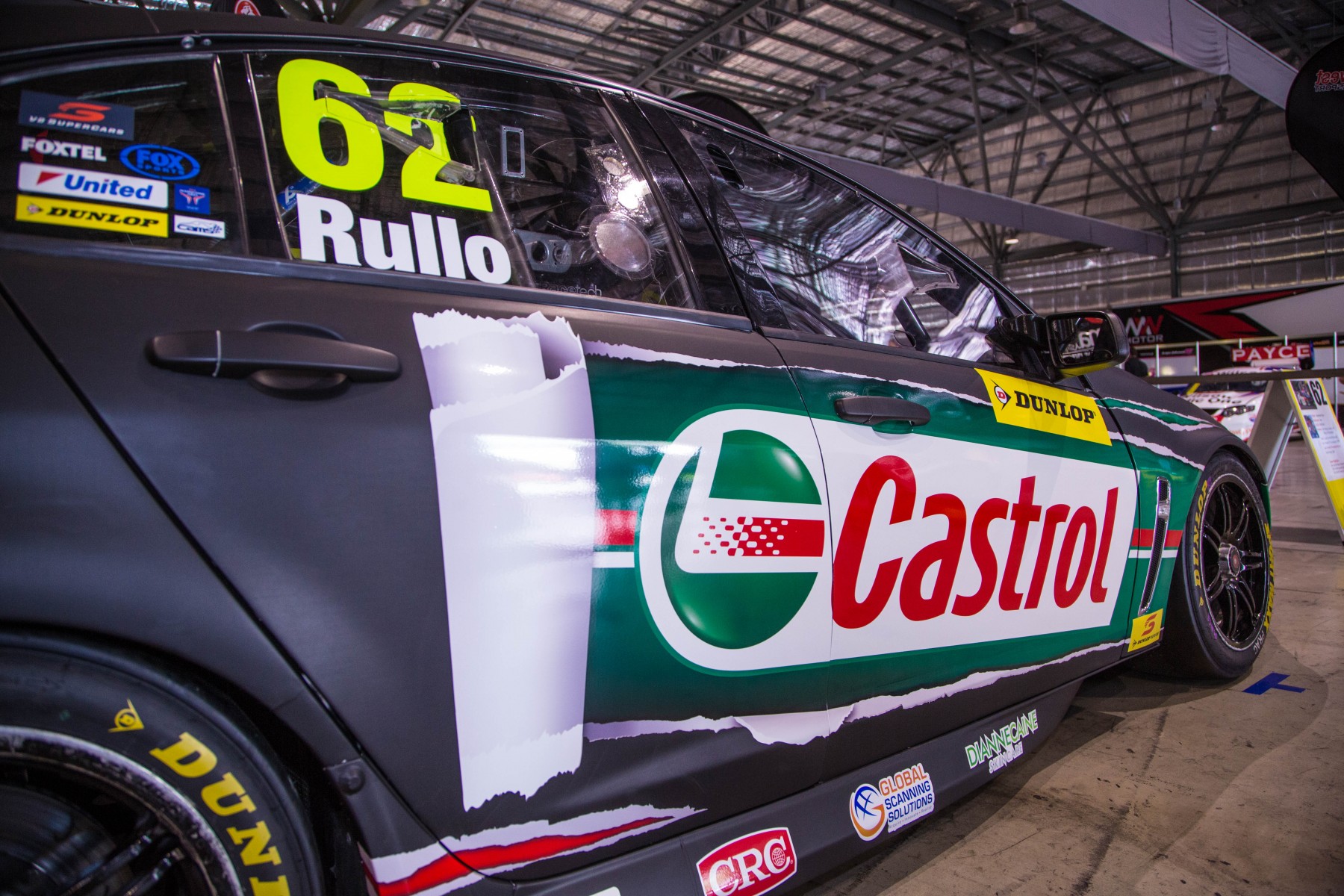 Castrol-backed Dunlop Supercars teenager Alex Rullo heads to this weekend’s Coates Hire Sydney 500 with a striking new livery that was designed by a member of the public in a national social media competition.

The Castrol livery promotion winner Neil McCulloch designed a livery that ‘rips back’ a matte black base. The striking wrap uncovers the Castrol colours that will make an appearance on the streets of Sydney Olympic Park this weekend.

It gives a nod to Castrol’s history in motorsport, whilst also a push to the future – which 16-year-old Rullo clearly represents. 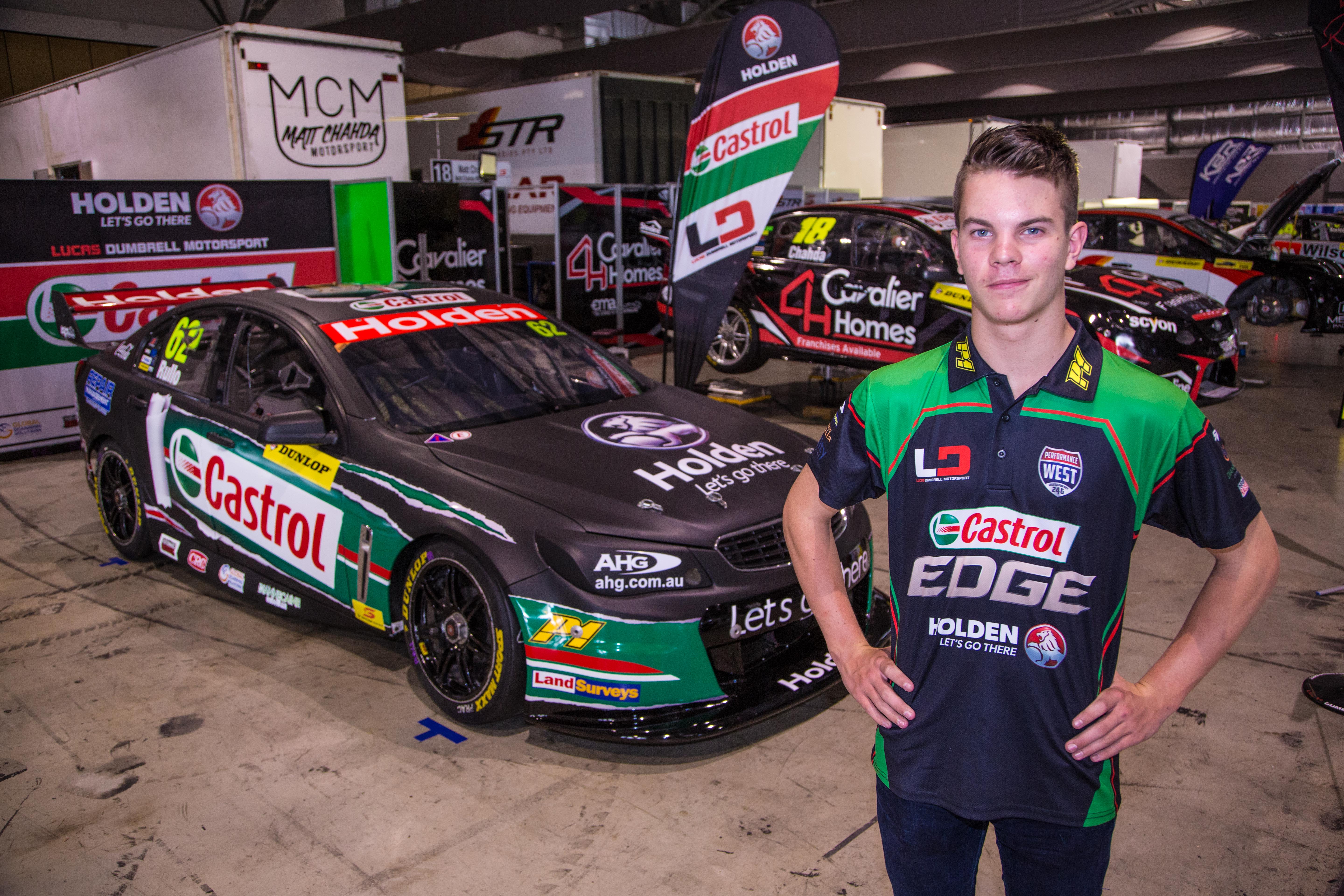 “The livery was designed so that it ‘unwraps’ itself at speed,” said Neil McCulloch when referencing his inspiration.

“It is like someone being at the front of the car and holding onto the livery so that when Alex takes off it peels back to show the Castrol colours.”

“It was a great initiative by Castrol to run a competition that lets a race fan design a real race car. Not only that but it’ll compete at such an event like the Sydney 500 and be on TV.”

Rullo, who made the step up from the Kumho Series to the Dunlop Series this year, was a fan of the livery that he will steer from tomorrow.

“Neil’s design and the thought behind it was fairly unique and that’s what we liked about it,” said Rullo.

“You can’t see the oil we use in the race car on the outside, but underneath, the oil and lubricants are a critical component in ensuring success on track.” 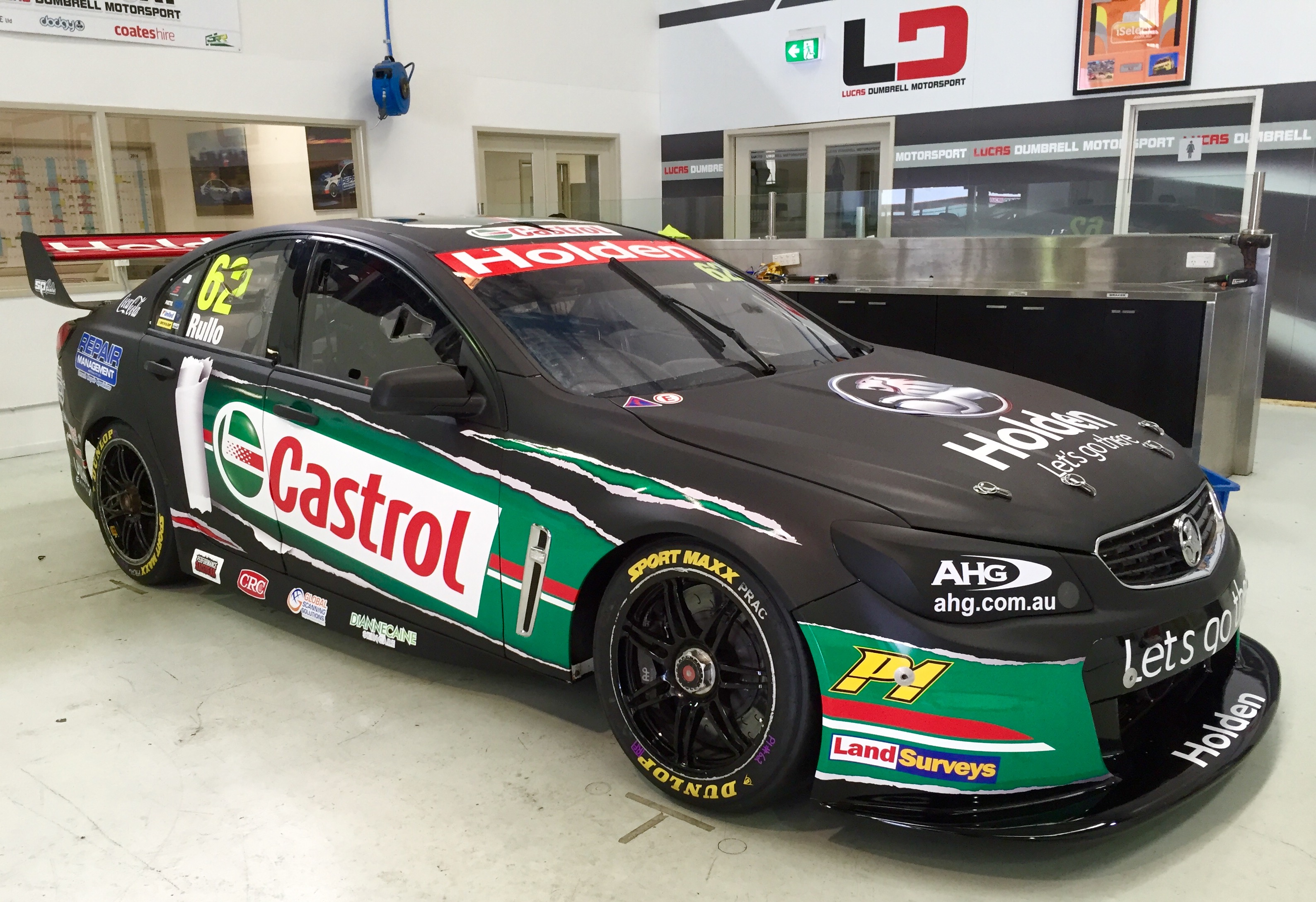 “The ‘peeling back’ of the design aesthetic reveals the hidden importance Castrol plays in our racecar.

“Thanks to Castrol and the whole Lucas Dumbrell Motorsport team who made this happen and I’m excited to race Neil’s design.”

The weekend represents the final race meeting for the Dunlop Supercars Series of season 2016 and for West Australian Rullo – who came into the season as the youngest competitor in Supercars history.

“It has been a huge learning year that is for sure,” said the 16-year-old, who balances racing with high school studies. “I’ve learnt so much not just on track with the racecar and setup but also off track, interacting with sponsors, meeting new people and managing race meeting commitments around my on-track schedule.

“I’ve enjoyed having the opportunity to meet and interact with some of Castrol’s customers throughout the year. They have given me such great support on and off the track, and I really feel like we’ve built some momentum behind the program and am looking forward to next year.”

Rullo will take part in two races throughout the course of this weekend’s Coates Hire Sydney 500, one on Saturday and the season decider on Sunday.

Rullo will first hit the track tomorrow, from 9:20am for the opening 30 minute Dunlop Series practice session.