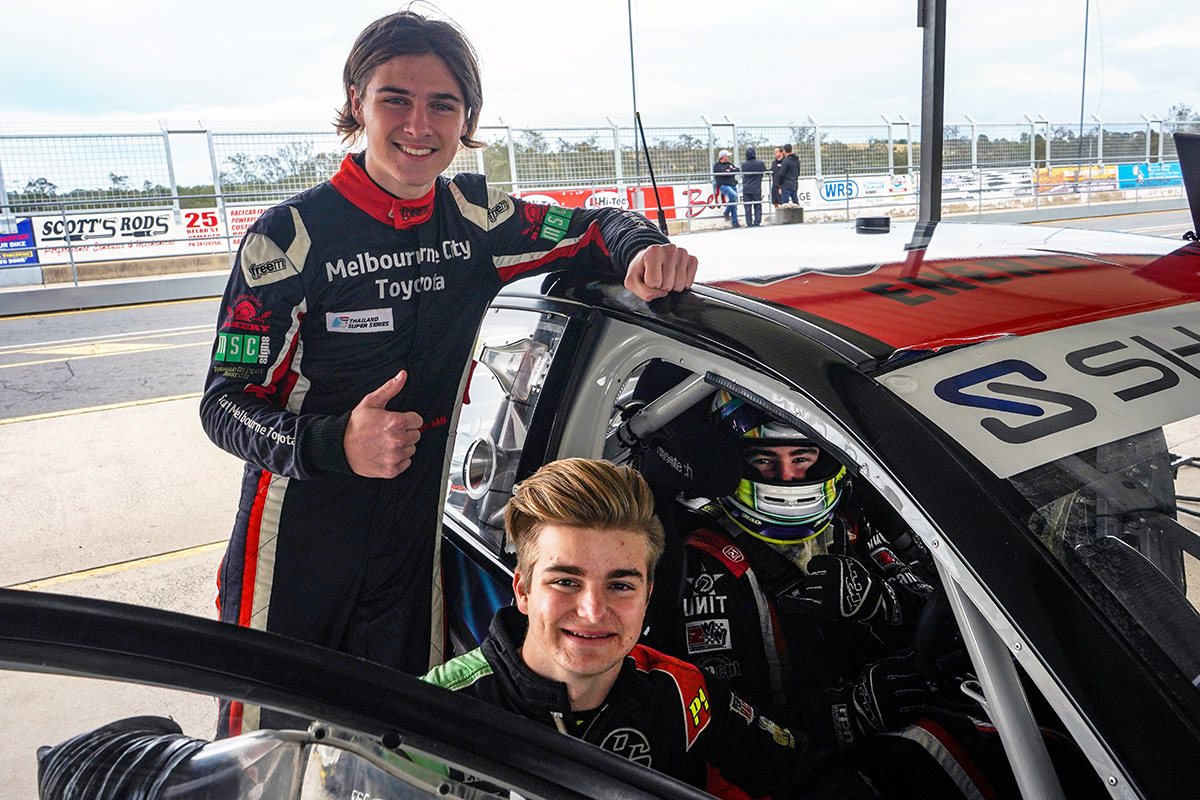 All represented by Push Talent Management, Jaylyn Robotham, Zane Morse and Calum Jones are at Queensland Raceway with the Supercars outfit.

Reynolds accompanied Robotham on a trip to Thailand last year to act as a mentor in a TA2 Asia Championship test ahead of his 2019 program.

"Stepping into TA2 Asia this year was made easier after testing there last year with David Reynolds," Robotham said.

"So I’m looking forward to comparing the TA2 machinery with what a Supercar feels like."

Morse is in his second season in the Toyota 86 Racing Series and "evaluating the next step in my career".

Jones has split his time between Production Cars and the 86 Racing Series in recent years.

"Testing with MSR at Queensland Raceway is perfect for me because it’s my home track," he said.

"I’ve never driven anything as powerful before, but I’m sure having Ash and the MSR crew will help me get my head around it."

Walsh is third in the Super2 standings heading to the third round at the Watpac Townsville 400 next week.

The team is still working to fill the ex-Eaton Commodore seat for the remainder of the season, after it sat out the Perth event.