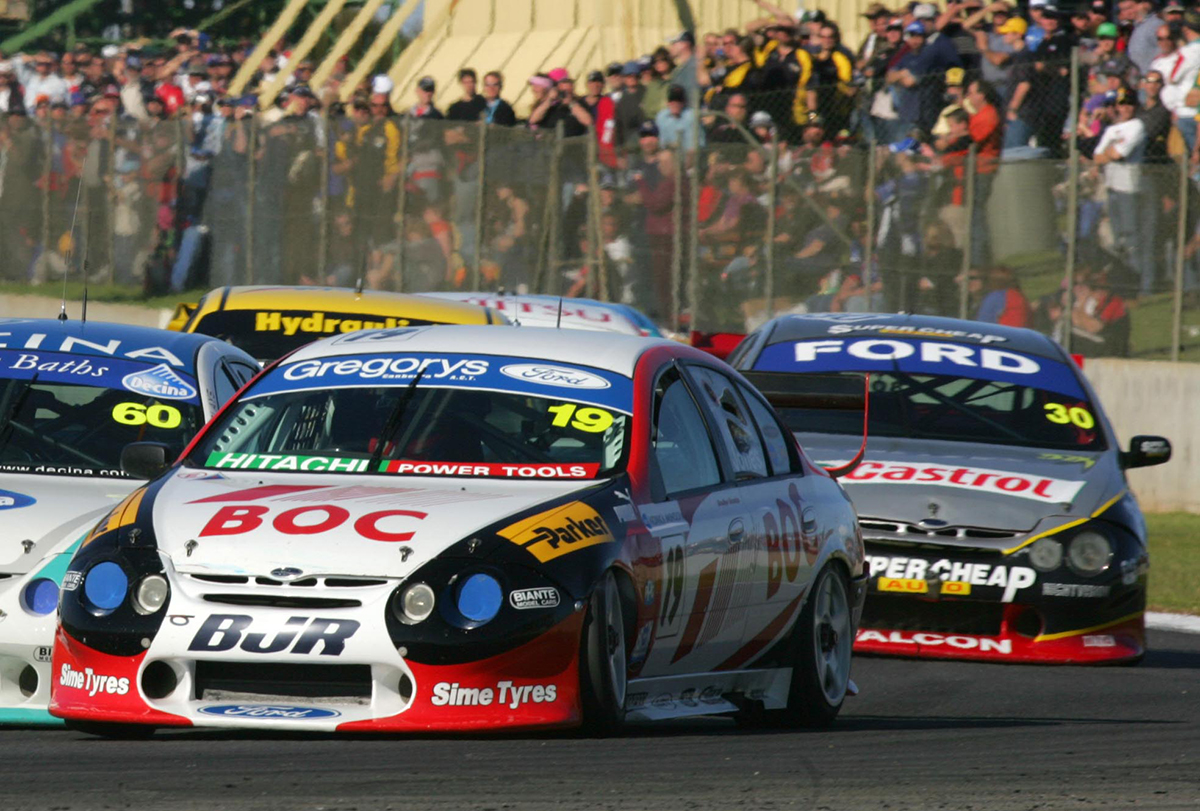 Just 59 points separated Chris Pither and Paul Dumbrell at the top of the 2018 Dunlop Super2 Series standings, after seven events.

It's the closest finish since 2007, when a unique, low-scoring points system left Tony D'Alberto and Michael Caruso split by a mere five.

A look back through the Super2 record books, though, reveals an even closer outcome.

Andrew Jones won the 2004 crown, a deserving title given he'd won two of the six rounds and been a consistent performer in a competitive field.

So consistent, in fact, that he finished either second or third in the final 10 races of the series.

But you need to dig a little deeper to find out just how close, and how lucky, Jones was during that 2004 Konica Minolta Series.

Three Falcon drivers headed to the finale at Mallala Motorsport Park with the title within their grasp.

Kelly won the most races that year with seven, but his title aspirations were done at Turn 2 in Mallala's first race after a clash with Jones.

That left Jones and Youlden to fight for the title, the latter starting the event with a 10-point lead that was trimmed to eight in Race 1.

Jones and Youlden finished second and third that the opening heat, and third and sixth in Race 2, which left Youlden with a two-point buffer starting the final.

It was a repeat of the Race 1 results – including victory for Greg Ritter – which left both Jones and Youlden on 945 points.

A countback was required, and Jones was the man left with the trophy, thanks to his round victories at Winton and Eastern Creek, and two race wins.

Youlden used consistency to take the title to the wire but had no round wins and a single race win, leaving him on the wrong side of a closely-fought battle. 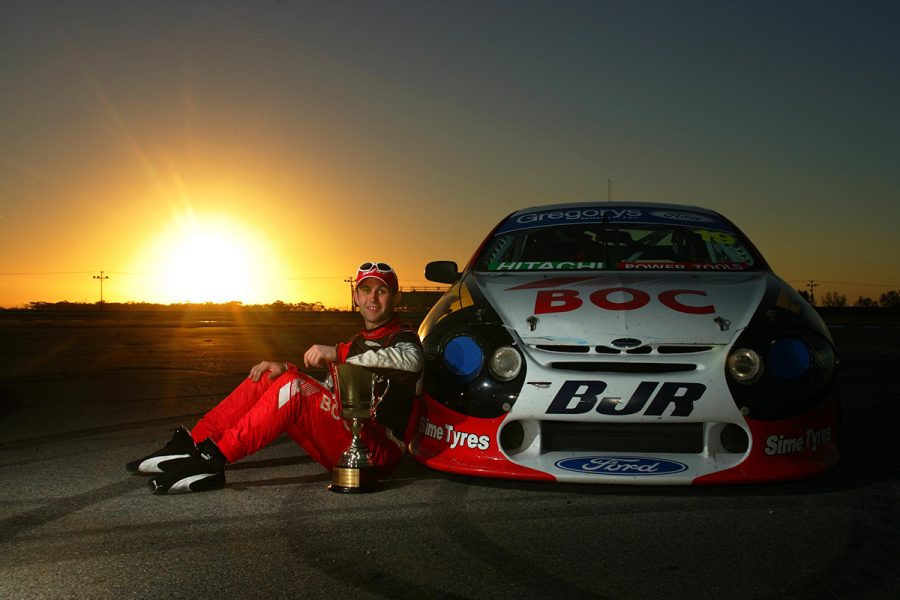 “We had a disappointing start to the year in the first two rounds,” Jones told Motorsport News after his success.

“To come from 110 points down with such a tight points system to win the series at the last round, in the last race and then on a countback, it makes it sweet.

“I hadn’t been in that situation before where there was that sort of pressure. I tried to remain strong and focus only on that race, nothing else.”

The 2004 series goes down the closest on record, and also produced a variety of one-time Super2 race winners, namely Alan Gurr, Mal Rose and Kurt Wimmer.

Of course, these were the days of reverse grid racing – in the cases of Rose and Wimmer – but you can’t take those wins away from them!