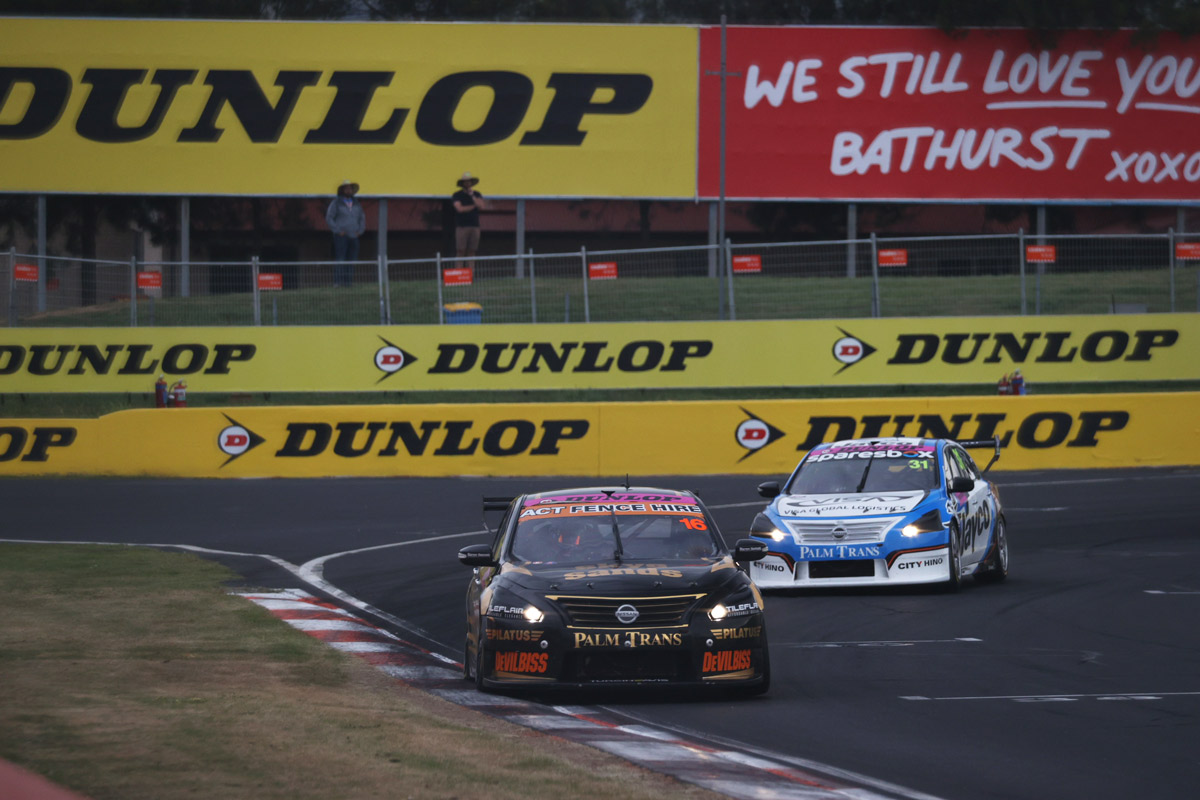 Randle’s pre-race 26-point lead over Brown had looked set to come under threat, with the latter starting off ARMOR ALL Pole.

It was Boys however who got the better launch off the start-line to win the battle to the first corner before the race was neutralised due to an early incident between Super3 competitors Jason Foley and Mark Tracey.

The Jim Beam Falcon of Foley was immediately turned into the outside pit straight wall amid a squeeze, triggering an early Safety Car.

After a short delay, Boys led the field away on lap 3, albeit under pressure from Brown as Image Racing boss Terry Wyhoon declared the duo free to race.

That ended in tears, as Brown locked up while attempting a move for the lead at The Chase and spearing off.

Another Safety Car period soon arrived – forcing a time-certain finish, one lap shorter than scheduled – after Super3 driver Jim Pollicina hit the wall through The Dipper.

Randle had no problem on the race restart, easing away to take the chequered flag 2.7123s clear of Ojeda and opening his series lead up to 47 points as Brown recovered to third.

Randle also sealed the round win honours, while Best was the weekend’s top rookie.

It was an excellent bounce back performance from Ojeda, having crashed out on the last lap of the Friday race.

Boys had to settle for fourth but did do enough to hang onto third in the series points, with Brodie Kostecki losing ground given Eggleston Motorsport’s COVID-induced absence.

Zak Best, Matt Chahda and Josh Fife finished fifth through seventh after a series of entertaining exchanges, with Zane Morse the last Super2 finisher in eighth.

Neither Broc Feeney nor Angelo Mouzouris made the race start after both sustained heavy damage in separate qualifying incidents earlier today.

Jaylyn Robotham got the job done in the Super3 class after trading places with Jon McCorkindale on several occasions.

It’s not yet clear whether Randle has officially sealed the 2020 Dunlop Super2 title, with an announcement still to be made about the potential for any further rounds.