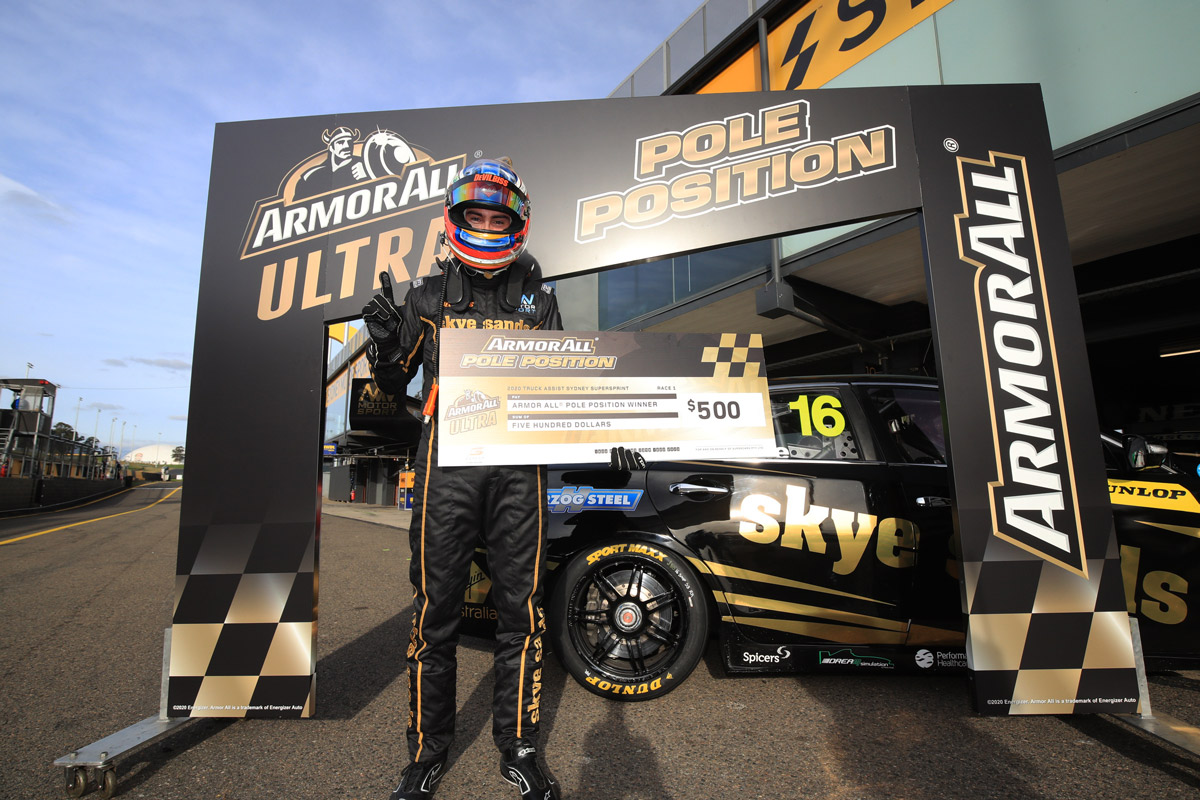 Thomas Randle will start Race 1 for the Dunlop Super2 Series at the Truck Assist Sydney SuperSprint on Saturday evening from ARMOR ALL Pole position.

Feeney, who tested at the Sydney venue last week, had shot to the top with just one of the session’s 15 minutes remaining.

Points leader Brodie Kostecki had been the pacesetter to that point thanks to a 1:32.1275s on his first lap, but elected against a second run to save tyres, ending up third.

Triple Eight’s Angelo Mouzouris made it three rookies in the top six, ahead of series returnee Tyler Everingham, returning to the category with Anderson Motorsport.

Jaylyn Robotham was the best of the Super3 runners in seventh, mixing it with the Super2 runners in a previous-generation MWM Ford.

The first of two combined Super2 and Super3 races for the weekend will get underway at 5:05pm.